The enactment of the Bill led to the Opposition being up in arms over the legislative competence of the Union government to enact a law on water which is a state subject under the Seventh Schedule. 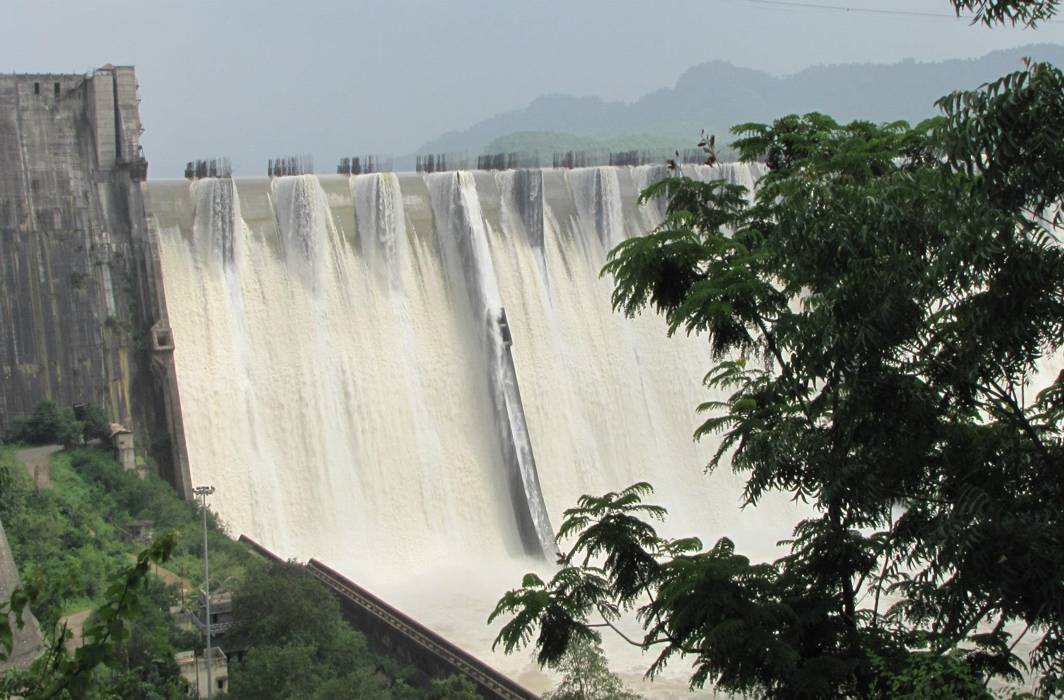 As principal draftsman of the Standing Committee of Parliament on Water Resources on the Dam Safety Bill, 2010, it’s a matter of immense satisfaction that the Bill has been eventually enacted.

The Dam Safety Bill, 2021, was passed by the Rajya Sabha after extensive debate on December 2, 2021. The Lok Sabha had passed it on August 2, 2019. Many Opposition members in both Houses demanded that the Bill be referred to the Standing Committee, but the government rejected the demand.

The stand of the Jal Shakti minister, Gajendra Singh Shekhawat, was that the Bill of 2021 was based on the report of the Standing Committee of 2010, which formed the backbone of the new Bill. The Dam Safety Bill, 2019, piloted by Shekhawat during the first session of the current Lok Sabha incorporated a majority of the recommendations of the Committee contained in their 7th Report (15th LS).

The Dam Safety Bill, first introduced in the 15th Lok Sabha on August 30, 2010, was referred to the Committee for examination and report. It undertook study visits to some dam sites, invited public memoranda, heard domain experts, examined official witnesses and stakeholders and finally presented a comprehensive report to Parliament in August 2011.

Dams are critical infrastructure constructed with large investment for multi-purpose uses, such as irrigation, power generation, flood moderation and supply of water for drinking and industrial purposes. An unsafe dam constitutes a hazard to human life, ecology and public and private assets, including crops, houses, buildings, canals and roads.

Therefore, the safety of a dam is a matter of great concern to the general public and it becomes national responsibility to take necessary steps to do so. The Committee found many serious flaws in the Bill. Among them were:

All these recommendations have been incorporated in the new legislation and the minister assured the Parliament that many of the observations of the members would form part of the Rules, exercising the power of delegated legislation under the Dam Safety Act.

It would be worthwhile to recall the history of this much-awaited legislation. The Government of India, keeping in view the importance of safety of dams and want of a legislative framework regulating dam safety, constituted a Committee in 1982 under the chairmanship of the Chairman, Central Water Commission, to review the existing practices and to evolve a unified procedure for safety of dams. The Committee in its report dated July 10, 1986, recommended a unified dam safety procedure.

Initial efforts for dam safety legislation were directed towards enactment of appropriate legislation by some states. Bihar enacted the Dam Safety Act, 2006. Kerala amended its Irrigation Act, incorporating a dam safety provision. However, some states favoured a uniform dam safety central legislation. The undivided state of Andhra Pradesh and West Bengal adopted a resolution in their assemblies for an act of Parliament.

(a) constitution of the National Committee on Dam Safety to discharge functions to prevent dam failure related disasters, to maintain standards of dam safety and recommend necessary regulations.

(b) establishment of the National Dam Safety Authority as a regulatory body to implement policy, guidelines and standards for proper surveillance, inspection and maintenance of specified dams and address unresolved points of issues between the State Dam Safety Organisation of two states or between the State Dam Safety Organisation of a state and the owner of a dam in that state, and in certain cases, dams extending in two or more states or dams of one state falling under the territory  of another state.

(c) constitution of the State Committee on Dam Safety by state governments to ensure proper surveillance, inspection, operation and maintenance of all specified dams in that state and ensure their safe functioning.

(d) establishment of the State Dam Safety Organisation in states having specified dams which will be manned by officers with adequate experience. The Act makes it mandatory for every owner of a specified dam to establish operational and maintenance set-up, earmark sufficient and specific funds for maintenance and repairs of the dams, for undertaking pre-monsoon and post-monsoon inspections and special inspections during and after floods, earthquakes, etc., to carry out risk assessment studies at such intervals as specified by the National Committee on Dam Safety.

The law casts an obligation upon the concerned State Dam Safety Organisation to keep perpetual surveillance, carry out inspections and monitor the operation and maintenance of specified dams under its jurisdiction and to classify each dam under their jurisdiction as per the vulnerability and hazard classification. The National Dam Safety Authority is required to table its Annual Report in Parliament and the State Dam Safety Organisation to submit its Annual Reports on safety status of dams to the concerned state legislative and State Disaster Management Authority.

The Bill witnessed lively debates in both Houses. Some Members questioned the legislative competence of the Union government to enact a law on water which is a state subject under the 7th Schedule to the Constitution and also sought clarification for not incorporating a part of the Preamble of the 2010 Bill in the Bill of 2019 which read: “And whereas Parliament has no power to make laws for the States with respect to any of the matters aforesaid except as provided in Articles 249 and 250 of the Constitution.”

There was also a reference to resolutions passed by the legislative assemblies of (undivided) Andhra Pradesh and West Bengal that dam safety should be regulated by law made by Parliament. The minister referred to the recommendation of the standing Committee on Water Resources to modify the Preamble suitably, dam safety being an inter-state matter.

This view was fortified by some lawyer members invoking the doctrine of pith and substance and justified the legislative competence of Parliament to enact the legislation in accord with the recommendation of the Water Resources Committee of Parliament. The minister allayed the fear of erosion of legislative powers of states by stating that the legislation purely deals with dam safety and matters allied and incidental without impinging upon the ownership of dams, the water impounded, its use or the hydro power generated by them.

He also made it clear that there was no question of the Union government taking over the control, maintenance and ownership of dams. Anyone refusing to comply with the directions issued under the Dam Safety Act will be punishable with imprisonment of up to one year, or a fine, or both. If the offence leads to the loss of lives, the imprisonment will be raised to two years. Every dam owner has to provide a dam safety unit to inspect the dam before and after the monsoon session, during and after every earthquake, flood, or any other calamity or sign of distress.

India has currently 5,745 large dams, of which 393 are over a century old and more than 25% are 50 years old. Aging dams and dam failures can cause colossal damage to life and property not only downstream but also upstream if the sluice gates are not opened in time to prevent water impounding upstream. A dam may be constructed in a particular location of a state but it has consequences and safety implications for upstream and downstream states, apart from environmental hazards.

In exercise of its legislative power under Article 246 read with Entry 56 and Entry 97 of the Constitution and the long-felt need for dam safety, the Parliament has filled a void by enacting the dam safety legislation.

—The writer is ex-Additional Secretary, Lok Sabha, and serviced the Standing Committee on Water Resources under the Chairmanship of Dip Gogoi, 15th Lok Sabha, which examined the Dam Safety Bill, 2010

Did you find apk for android? You can find new Free Android Games and apps.
Share
Facebook
Twitter
Pinterest
WhatsApp
Previous articleGemini vs Coinbase – Which One Is Better? How to Choose
Next articleSpecial NIA court grants bail to Sudha Bhardwaj, no media interaction among terms of bail