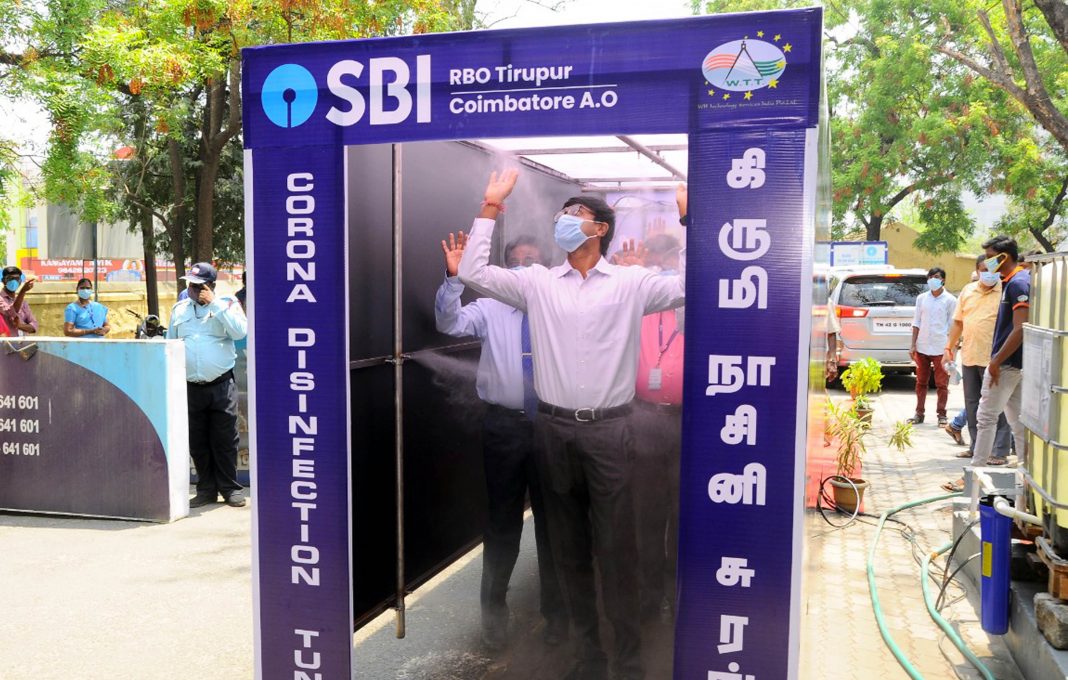 The apex court has pulled up the centre for only issuing an advisory on the use of disinfectants and UV rays on humans. It has directed the government to come up with directions to ban/regulate their use.

On November 5, 2020, a three-judge constitution bench of the Supreme Court gave an order regarding the health of citizens in the light of the Covid-19 pandemic. In Gurusimran Singh Narula vs Union of India & Anr., the Court gave a month’s time to the government to issue directions under the Disaster Management Act, 2005.

The Supreme Court also observed that for spraying disinfectants, fumigation or use of UV rays on humans, there has to be a regulatory regime. It held that the government has wide powers and responsibilities, which could have been utilised to remedy the situation. The order from the bench headed by Justice Ashok Bhushan came as a response to a PIL filed by law student Gurusimran Singh Narula who sought a complete ban on usage, production, advertisement, and installation of the sanitisation tunnels.

After the WHO declared the novel coronavirus disease a pandemic on March 11, 2020, all countries took different measures to contain it and protect its citizens. And on March 29, 2020, the health ministry released guidelines on disinfection of common public places, including offices, where it mentioned that though the virus survives on surfaces for varied periods of time, it gets easily inactivated by chemical disinfectants.

On April 18, 2020, the Director General of Health Services issued an advisory against spraying of disinfectants on people for Covid-19 arrangements. Despite this, several states and organisations started using spraying tunnels to disinfect humans, especially migrants returning home.

On April 23, 2020, the National Capital Laboratory (Council for Scientific and Industrial Research) stated that the use of mist-based sanitisation is expected to provide safeguard to frontline healthcare professionals, including paramedical staff, police and employees providing essential services. Other public organisations also started using the walkway spray tunnels and other measures to disinfect humans in various public places.

Although the health ministry has not approved the use of any self-claimed organic or Ayurvedic disinfectant for spraying or fumigation purposes nor approved any chemical disinfectants on the human body, many organisations and public authorities used these. The WHO has said that spraying and introducing bleach or other disinfectants will not protect a person against Covid-19 and it can be dangerous. It also said that ultraviolet (UV lamps) should not be used to disinfect hands and other areas of the skin. Even the Centre for Disease Control and Prevention (CDC) has issued guidelines on cleaning and disinfecting a facility.

The provisions of the Disaster Management Act, 2005, were invoked to combat Covid-19 by different authorities constituted under it. This Act pertains to the effective management of disasters and matters connected therewith. The powers under sub-section (2) of Section 10 clauses (i) and (l) have been delegated to the secretary, health ministry. So, it is the secretary who has to lay down the guidelines to concerned ministries or departments and state governments regarding measures to be taken in response to any disrupting situation or disaster.

When public authorities were using disinfectants on humans and there were various studies saying that it may be harmful, more action was required to remove the cloud of uncertainty and to prevent or regulate its use so that the health of citizens was protected. Justice VR Krishna Iyer elaborately dealt with the above principle in Municipal Council, Ratlam vs Shri Vardichan and others, (1980).

Regarding the use of UV rays to disinfect/sterilise edible food items like fruits and vegetables, several studies have been conducted. The Atomic Energy (Radiation Processing of Food and Allied Product) Rules, 2012, require that no person shall operate a facility without obtaining a licence for radiation processing of food and allied products. A facility has been defined as a radiation processing facility for food and allied products.

Read Also: If states are all unlocking, why not courts, asks PIL by lawyer in MP High Court

There has to be immediate remedial action and the government cannot wash its hands of the issue by saying that such use is not recommended.