The Age of Drones

Even as India’s military establishment was shocked by the use of drones on a Jammu air base, the IAF is planning to acquire UAS which will detect, track and destroy them with laser-directed weapons systems. 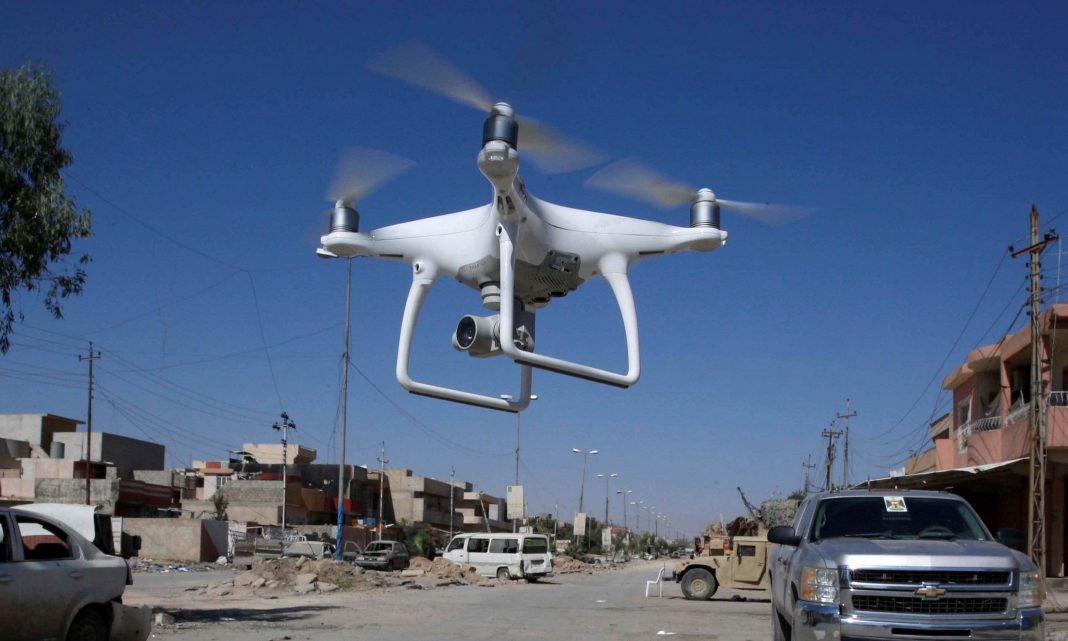 The surprise attack on Jammu Air Base in the early hours of June 27 through the supposed use of an unmanned aerial vehicle (UAV) brought a severe jolt to the entire security system of the region despite a number of intelligence inputs.

A flying machine, without doubt, was the most important contribution of the industrial revolution and like aircraft, an unmanned flying system has various uses, ranging from commercial, goods delivery, survey and weather study, photography, monitoring shipping and railway network, policing oil pipelines, borders and in anti-smuggling activities.

The earliest use of UAV for war was recorded in 1849 when balloons carrying 24-30 lb bombs were launched from SMS Vulcano, an Austrian navy paddle steamer, which served as a balloon carrier and launched hot air balloon bombs at Venice, the first offensive use of air power in naval aviation. The bombs were dropped with a delayed fuse over the besieged city.

Thereafter, pilotless aircraft were developed during the World War I and were successfully used against German Zeppelins and equipped with radio control systems. It was the use of DH82B Queen Bee, a pilotless target aircraft, which subsequently led to the introduction of the word drone. These were further developed during World War II and used for photographing the enemy position. Later, drones became faster and more efficient like the radio-controlled target drone produced by the Australian Government Aircraft Factories.

A combat aircraft has a number of roles to perform like attacking enemy targets through various air-to-ground weapons (bombs, rockets or missiles) or carrying out various recces against fighting systems. It has been established that a UAV can be made to perform most of these roles and that too, pilotless.

It was also observed that these performed well in regions like Sudan, Ethiopia-Eritrea conflict, Yemen and Afghanistan where active air defence systems were missing. However, in case of an urgent requirement to launch any weapon through a drone on a special target, there is a provision to jam the air defence systems, thereby protecting the target. These jammers can be carried by the attacking drones or be achieved by the use of cyber techniques/systems.

Coming to the current situation, both Pakistan and India have been working on a large number of projects through their agencies, with China helping the former and Israel providing India the technology required by DRDO and other PSUs. Both countries wanted to develop their own Unmanned Combat Aerial Vehicles (UCAV), which could carry air launched missiles, besides carrying out other surveillance.

Due to better decision-making capabilities, Pakistan took a considerable lead in this game and had its own UAV called Barrack, which soon had its UCAV version capable of launching air-to-ground missiles. These were used against rebels successfully in Shawal Valley in 2015.

India too is coming up with the combat version of its Rustom drone, a 1,800 kg UCAV which would be able to operate up to 35,000 ft and can carry various missiles. India has also built a number of drones in the surveillance category, like Tapas BH-201, DRDO Abhyas, Lakshya, Netra and Ulka.

As expected, the Chinese have made tremendous progress in this field and as per 2014 reports, it had about 230 developmental projects in this technology, for both surveillance and logistics. All this technology, especially those dealing with mini and smaller drones, is available to Pakistan.

The tactical use of drones would depend on the military doctrines of an individual country. But these would be part of integrated combat groups, and perform various combat tasks. The supposed attack on the Jammu base is a very common task it would undertake, but more accurately.

Influenced by China, it will not be surprising that Pakistan may also undertake cyber and jamming missions to help its strike fighters and also use drones in using tactical nuclear weapons in the battle zone.

At this juncture, we get the encouraging news that the IAF is planning to acquire counter unmanned aircraft systems, which would be able to successfully detect, track, identify, designate and destroy these small intruders through laser-directed energy weapons systems. This would be equipped with a phased array radar with 360 degrees coverage and five km range. This will have the capability to totally disrupt the global satellite system guiding the drone through jamming.

The field of drones is fast developing, and India must take lead as soon as possible.

Drones come in various sizes as per the requirement of the task they have to be employed for. There are 14 different types of drones for various military and non-military activities.

Single Rotor Drones: These are the most basic type of drones. They deploy single main rotor and a tail rotor. These can carry surveillance and photo recce and perform attack roles with weapons. The most famous is Northrop Grumman MQ-8 Fire Scout UAV. It could cost from US$ 25K to 300K.

Multi Rotor Drones: These drones are more stable and balanced and easier to fly, but less manoeuvrable and the flight time is not more than 30 minutes. These cannot carry heavy weights and the price ranges from $5K to 65K. DJI Phantom drone is the most famous multi rotor drone.

Fixed Wing Drone: These are like normal aircraft and cannot hover. They require a separate runway/landing strip to land. However, unlike a rotor drone, a fixed wing drone can fly at a much higher speed and remain airborne for over 16 hrs. Boeing Scan Eagle is one of the commonly used fixed wing drone.

Fixed Wing Hybrid Drone: This drone involves the use of fixed wing as well as rotors. Some aircraft have this sort of design like the V22 Osprey transport aircraft. Drones of this design are still in the experimental stage such as VTOL UAV Prototype NASA.

Small Drones: These could be as small as 20 to 80 inches long and cost as less as $100. They are meant for recreational use only and not stable enough to carry cameras or other equipment. One of them is the DJI Mavic Pro foldable drone.

Micro Drones: Small in size, these are useful for fighting forces. The most famous in this category is the Black Hornet. These could be as small as 1inch by 4 inches and used for penetrating narrow spaces for spying and espionage through micro cameras. They can fly for 25 minutes or so and have a range of about one mile.

Tactical Drones: These are fixed wing drones with a span of 4.5 ft and weigh close to 4.2 pounds. They are fitted with surveillance cameras and GPS and can easily operate in both day and night such as the Raven UAV.

Large combat drones: These can operate for 14 hours over a range of over 1,000 miles and can fire air to ground missiles and laser-guided bombs. China has manufactured its version of Predator called CH-4, which was bought by Egypt and Iraq. These include the General Atomics MQ1B Predator and its sister, Reaper, used by the US.

Non-combat Large Drones: Like the US Global Hawk, these are not involved in combat, but for intelligence-gathering and surveillance. They have an endu­rance of over 36 hours and cost $131 million.

Target and Decoy Drones: These act as decoys and draw fire upon themselves, while the actual attacking drones get through with their mission. Example, MQM 107 Streaker.

GPS Drones: These are used for mapping the terrain by linking their GPS system with satellites. Example, DJI Phantom 4 GPS Drone.

Photography Drones: These are used for both military as well as civil photography. There are also sports and racing drones.