In a parliamentary democratic set up, it is not possible to impose laws on an utterly hostile community despite the best of intension and the promise of long-term national gains, without due consultation, consensus and credible parliamentary scrutiny. 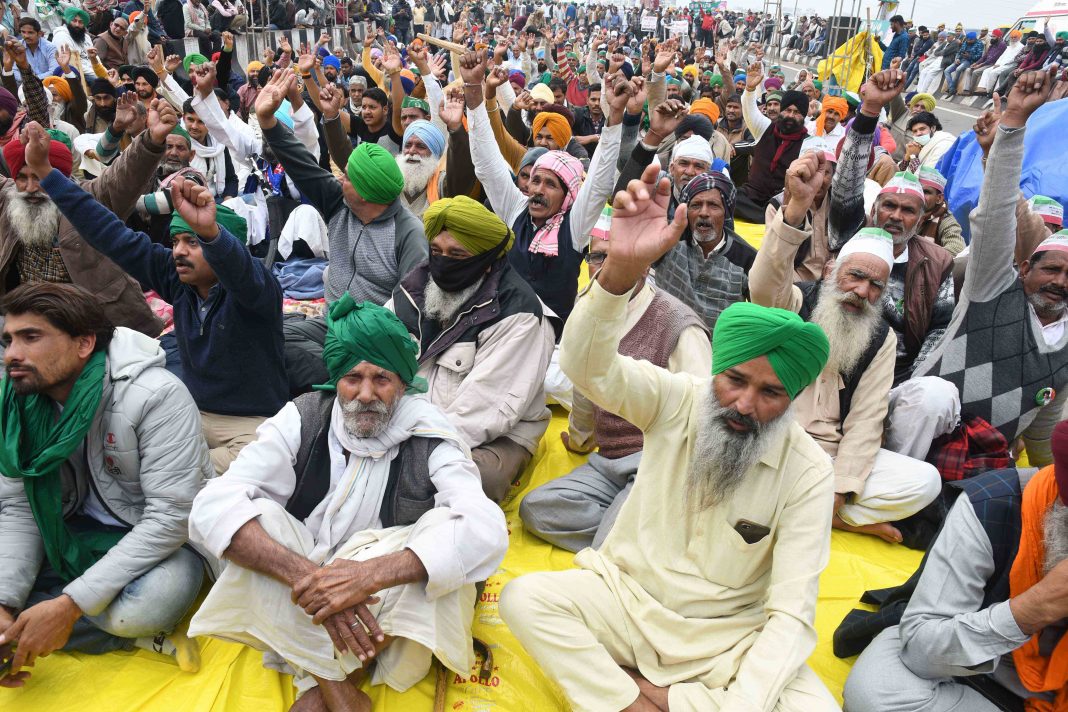 The farm laws continue to haunt the nation, giving sleepless time to the makers of the laws and the agitating farmers. The Union government has, wisely but belatedly, repealed the controversial farm laws. Repealing of laws is not unprecedented or novel as parliaments across the globe repeal laws when they become archaic, fall into desuetude or become obsolete. However, the repeal of the three farms laws, namely, The Farmers’ Produce Trade and Commerce (Promotion and Facilitation) Act, 2020, The Farmers (Empowerment and Protection) Agreement on Price Assurance and Farm Services Act, 2020, and The Essential Commodities (Amendment) Act, 2020 does not fall in any of the aforesaid categories as they were yet to come in operation. In any case, the Supreme Court had temporarily suspended the operation of these laws on them being challenged.

Intriguingly, the protracted agitation instead of being called off has fanned the flame of protest with the demand for MSP getting further entrenched, apart from other incidental and connected demands. The persisting discontent among a sizable section of farmers refused to vanish even after the declaration to repeal the farm laws during the ensuing winter session of Parliament.

The legislative power of Parliament includes in its ambit the power to repeal laws. Parliament can make laws for the whole or any part of the territory of India within the constitutional frame as per the provision of Article 45. The government, in exercise of its executive power, can suspend, amend or repeal an Act of Parliament as long as it commands parliamentary majority. Repeal means to revoke, abrogate or cancel a statute. Any subsequent statute may repeal any Act in whole or in part, either expressly or impliedly by enacting a new legislation. Clause 6 of the General Clauses Act, 1897, provides that any Act or regulation can be repealed by the legislature. Unless a different intention appears, the repealing Act cannot revive anything not in force or existing at the time at which the repeal takes effect; or affect the previous operation of any enactment so repealed or anything duly done or suffered thereunder, etc. Repealing parliamentary enactments or amending or consolidating various amendment Acts on a subject is an inherent right of the competent legislature.

The executive power of the Union extends (a) to the matters with respect to which Parliament has power to make laws, and (b) to the exercise of such rights, authority and jurisdiction as are exercisable by the Government of India by virtue of any treaty or agreement. So, on matters which Parliament can legislate, it is the prerogative of the executive to pilot legislative proposals and get them enacted, including an enactment of repeal, with parliamentary support. Laws may also be repealed if they are found detrimental in course of time or in case there is a groundswell of public opinion against them.

Based on Law Commission reports and the report of the Constitution Review Commission, many obsolete laws have been repealed. For instance, the government repealed 1,428 Acts between 2014 and 2019. Many more central laws have been identified for repeal during the ensuing session. More significantly, dozens of laws are amended each year by Parliament. Many laws are amended or repealed by the annual Budget each year. The British Parliament repealed 38 laws in 2013 relating to construction and maintenance of Indian Railways which were enacted between 1849 to 1942.

The legislative power to repeal a law is not inhibited by any constitutional constraint. It is an integral adjunct and necessary part of the legislative power and function. No statute can make itself secure against repeal or amendment. It is within the power of Parliament to repeal or modify any of the Acts passed by its predecessors and it is not within the power of any Parliament to prevent the repeal of any of its own Acts, or to bind its successors.

The three farms laws were originally promulgated as ordinances by the government and later replaced by the duly passed Acts of Parliament. The government could have these laws repealed by promulgating an ordinance when Parliament is not in session or by bringing a Bill when Parliament is in session. The government passed a Bill to repeal the three agrarian laws during the ensuing session. The repeal Bill could be introduced in either House, it being not a Money Bill. Before introducing the repeal Bill, the minister-in-charge was required to give notice of his intension to bring such a repealing Bill. Once included in the List of Business on the appointed date and time, the minister sought the permission of the House, and on permission being granted, the Bill was introduced. It went through the same legislative journey of three readings in both the Houses as any other normal legislation.

Obviously, there will be fierce debate and the Opposition would leave no stone unturned to show that they were right in their stout opposition to the original Bills and the government palpably wrong. The government, in turn, would say that they were unable to convince the misguided agitating farmers about the imminent benefits of the proposed agrarian reforms, aiming to double the farmers’ income and that the government, being benign, was moved by the pain and suffering of the agitating farmers. Once passed by both the Houses of Parliament, and assented to by the President, the three laws would stand repealed.

It is being asked, “why in the first place these legislations were enacted if they were to be repealed without implementation?” One must bear in mind that in a robust democracy, public opinion matters which has been likened to a rope of multiple fibers capable of taming even an elephant. It is for the government to discern, and timely, whether the Opposition is orchestrated by vested interests or it is genuine, broad based and the real voice of all the farmers of the country. A popular government, cannot remain impervious to a long and widespread agitation when elections are round the corner in the largely affected states. But this is also a fact that agro-economists continue to be divided over the proposed repeal. Many non-partisan experts consider it a setback to agrarian reforms. Incontestably, the fear of losing the impending election is a great deterrent to reforms, regardless of the general perception of bold, visionary and transformative leadership.

It is in this context that the practice of referring the contentious legislation to the committee holds good as the committee crystallises different shades of opinion and help build consensus and unity out of plurality. The National Medical Commission (NMC) Bill, 2019, and the National Commission for Allied and Healthcare Professionals Bill were referred to the Standing Committee of Parliament, and based on the recommendations of the Committee, new Bills were introduced and passed by Parliament. There was widespread and strong opposition from doctors to the NMC Bill which sought to replace the Medical Council of India Act, 1956.

The consultative mechanism of referring Bills to the parliamentary committees must not be given a short shrift as committees narrow down differences and strive to bring unity out of diversity. For instance, the Standing Committee on Health and Welfare, headed by the Samajwadi Party’s Ram Gopal Yadav, MP, Rajya Sabha held extensive consultations with the agitating doctors and other stakeholders and made recommendations to draft a new legislation. Government accepted a majority of the recommendations which assuaged the striking doctors and the new legislation was smoothly passed.

The Seeds Bill, 2001, the Dam Safety Bill, 2010, National Food Security Bill, 2011, the Prevention of Money Laundering Bill, 2012, the Prohibition and Employment and Conditions of Service Bill, 2012, the Lokpal and Lok Authority Bill, 2013, the GST Bill, 2016, etc were referred to standing committees and these were revised and reintroduced and enacted subsuming majority of the recommendations of the committees. So were many other legislations.

There are instances when the government finds lack of consensus or practical difficulties based on the reports of parliamentary committees, and in such cases, the enactments have been put on the backburner. The Electricity (Amendment) Bill, 2014, and the Land Acquisition, Rehabilitation and Resettlement Bill, 2011, are instances in point.

The great hurry in which the farm laws were passed during the pandemic without referring the Bills to the standing committee only added fuel to the fire. The lesson is clear that in a parliamentary democratic set up, it is not possible to impose laws on an utterly hostile community despite the best of intension and the promise of long-term national gains, without due consultation, consensus and credible parliamentary scrutiny. No legislative reform can be effected without power, and no power can be acquired in a democracy without popular support.

—The author is Ex Addl. Secretary, Lok Sabha, and a member of the Delhi Bar Council. The views expressed are personal