No Muddying the Waters

Batting for federalism, the Court said that the Council can only make recommendations. This was after the Gujarat High Court pronounced that the levy of IGST on ocean freight was unconstitutional. 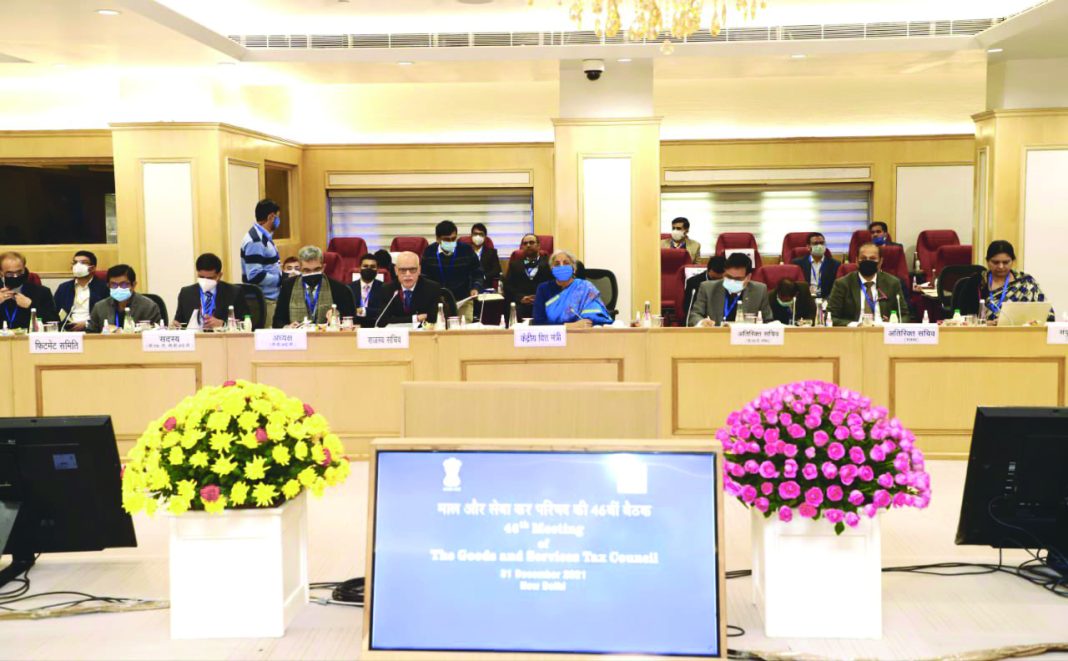 Recently, while dealing with a case of GST on ocean freight, the Supreme Court pronounced an important judgment covering the scope, authority and limitations of the GST Council. The Court apprehended that the Council’s suggestions are mere recommendations having only persuasive value and are not binding on central and state governments.

The GST system was devised in July 2017 to incorporate indirect taxes on manufacturing, the provision of services, sale of goods, state entry, etc, under a single taxable entity. In addition, the GST Council was established to offer a level playing ground between states and the centre. The GST Council is a constitutional body founded to provide guidance and suggestions on issues of GST. Also, it was expected to counterbalance either the centre or the states trying to overshadow each other and to help settle disagreements.

Since its implementation, GST has been a topic of discussion on social media, in memes, films, public discourses and among professionals. Many consider the GST Council as the super-villain of the tax world. However, the Constitution did not bestow such commanding control to the Council. Although the Council nurtures cooperative federalism, Article 279A of the Constitution mentioned that the GST Council can make only recommendations. While many experts trusted that these are not binding, states have respected its decisions in letter and spirit.

But it has run into rough weather. The Gujarat High Court had pronounced that the levy of IGST on ocean freight under the reverse charge mechanism on the importer was unconstitutional. Recently, in its milestone judgment in the case of Mohit Minerals, the Supreme Court upheld the verdict of the Gujarat High Court. It also scrutinised the range and territory of Article 246A and 279A.

While setting the boundary, the Supreme Court pronounced a few decisions. These were: Both Parliament and the State have parallel authorities to legislate on GST in the nature of parallel powers. The constitutional position and tasks of the GST Council must be understood against the background of synchronised legislative power granted to Parliament and state governments.

As India is a multi-party system, it is likely that the party in power at the centre may or may not be in power in different states. Therefore, the GST Council is not only a path for the exercise of cooperative federalism but also for political contestations across party lines. The suggestions of the Council cannot be binding. The usage “recommendations to the Union or States” denotes that the GST Council is a recommendatory organisation assisting the government in passing statutes on GST.

The verdict of the Supreme Court will go a long way in forming the way the GST Council operates in future. States would be enthused by this ruling as revenue compulsions are dissimilar for each state. The GST Council should be guided by the necessity for a coordinated design of GST and for the growth of a harmonised national market for goods and services. It is unfortunate that numerous modifications are made to the rate of tax notifications based on the Council’s approvals, leaving a trail of confusion and avoidable interpretation.

The verdict of the apex court has raised many questions such as: could this lead to different rates being charged by the centre and states. Now that the guaranteed compensation by the centre to states for loss of expected revenue is set for expiry in June, can a state decide to have a different rate on supply of goods or services to augment its tax collections? What impact will it have on IGST rates, which is the sum of the centre and state GST rates? How will the distribution of IGST happen among states if there are different rates? Will there be a different IGST rate for import of goods at ports in different states? What impact would it have on the GSTN framework? Would states find it worth their while to participate in discussions of the GST Council? What could be the fate of past decisions made by the GST Council?

These are some vital questions and there will be many more which would be raised in future. GST laws have been designed in such a way that both the centre and states are conjoined twins, having a common nervous system. The day GST was introduced, the fates of the centre and states were interwoven. Any attempt to separate them could lead to disintegration of this uniform character.

The GST Implementation Committee took many decisions post-GST Council meetings. Just accepting resolutions taken by the fitment committee or any other sub-committee without debates will be a thing of the past. In future, it may not be easy for the GST Council to make judgments given the fact that issues of compensation, loss of revenue on account of the pandemic and different opinions on new levies or taxes are likely to dominate the agenda.

The Supreme Court’s pronouncement is expected to lead to several inter­pretational matters. Revenue secretary Tarun Bajaj has mentioned that it doesn’t change the present GST system substantially and is just a restatement of the law as it stands. Nevertheless, many professionals say the judgment may open a Pandora’s Box and permit states to have amendments specific to their legislation. It will be unfortunate if the apex court’s judgment is employed to needlessly muddy the waters.

It is now crucial for states, particularly the ones not ruled by NDA parties, to work towards the development of the GST system. On its part, the centre has to be more sensitive to states’ concerns, specifically with the compensation procedure on its way out and a debt mechanism to cover the revenue deficit substituting it.

GST collections in recent months show India as a union of states and the fact that the country has a lot to gain from a steady GST regime. Politics will have to take a backseat if this momentum is to be retained.