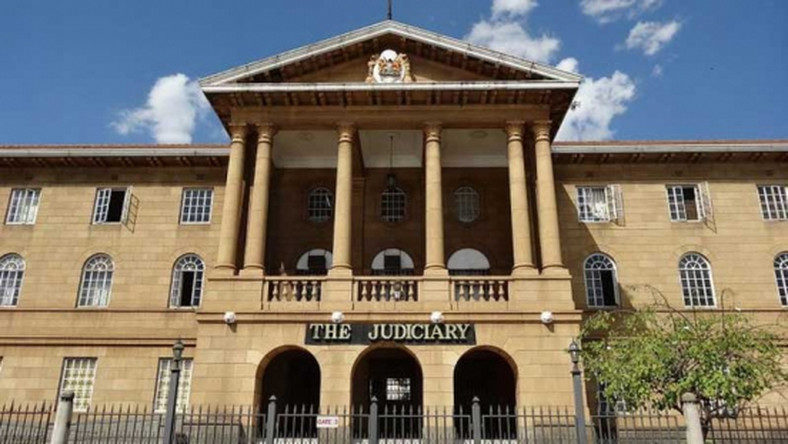 The Kenya High Court extending the basic structure doctrine is people-centred rather than State-friendly. It prescribes a constitutional disciple and responsibility on the executive and legislature, even in a system providing referendum for ultimate constitutional change

Two things are remarkable about the recent decision of five Justices of the Constitutional and Human Rights Division of the High Court of Kenya. Its unanimity extending to Kenya so contentious a judicial doctrine as basic structure of the constitution is striking; so is its relative brevity:  321 pages (of which nearly half summate the argument of counsel). One has to look at Kesavananda decision (1973) of nearly 800 pages (is about 420,000 words long), preceded by 68 days of argument, which produces 11 separate judgments, in a wafer-thin “majority” in a 6:6:1 decision!

Like Kesavananda, it asserts the doctrine of basic structure of the constitution and holds that “categorical core values” are “therefore, unamendable and cannot be changed through the exercise of Secondary Constituent Power or Constituted Power”.1 Only the “the People” may alter or remake the constitution through a referendum “after four sequential processes, namely: civic education; public participation and collation of views” and “Constituent Assembly debate”. The president of Kenya, even through the device of Building Bridges to Unity Advisory Taskforce, may not do this. Political initiatives, however wise and popular, may not circumvent constitutional discipline on executive and parliamentary power.

Interestingly, instead of engaging primarily with issues of high political philosophy and jurisprudential theory, as Kesavananda memorably did, the High Court quoted work-a-day tool phrases (celebrated in the title of this article) from a judgment of former Chief Justice Willy Mutunga (2013). It invoked a “clear obligation to provide firm and recognizable reference-points that the lower Courts and other institutions can rely on, when they are called upon to interpret the Constitution”. It is in this context of judicial duty that the High Court invoked the idea of “transformative constitutionalism” (not fully available to the Kesavananda judicial authors) to describe the “widely accepted” idea that the Kenyan  Constitution  is “ a transformative  charter”2.

The High Court rules that  “the Basic Structure Doctrine protects the core edifice, foundational structure and values of the Constitution”. However, the constitutional amendatory power is  valid so long as it does “not fundamentally tilt the Basic Structure”. Distinguishing between the primary amending power (which vests with the people) and the secondary amendment power (conferred by the constitution on parliament), the Kenyan judicial discourse then altogether skips the arcane discussion of “constituent” and “constituted” powers, primarily  shaped by the Indian Supreme Court but  also imposed by the specific language of the  24th Amendment.

However, the basic structure doctrine is no frail foreign importation. Rather, it rests on the robust constitutional choices that Kenyan people made, after decades of authoritarianism.  Kenyans were, at “every step of the way”, clear that “they wanted a Constitution in which the ordinary mwananchi, Wanjiku, took centre-stage in debating and designing” it.3 The Kenyans were clear that the “constitutional order” that they so painstakingly made in 2010 would only be “fundamentally altered or re-made through a similarly informed and participatory process about the need for informed public participation in constitution-making”.

The Kenyan constitution was one in which Kenyans “bequeathed themselves in spite of, and, at times, against the Political and other elites”. Kenyans, therefore, were keen to ensure that their bequest to themselves would not be a plaything of political power through either “incompatible interpretation, technical subterfuge, or by the power of amendment unleashed by stealth”.

Note that the Court which labels certain provisions as “eternity clauses” maintains that their “precise formulations and expressions” in the Constitution can only be affected through the exercise of Primary Constituent Power. An “exhaustive list of which specific provisions in the Constitution”, the Court says, “is inadvisable to make in vacuum”.  A “fact-intensive determination” can only be made “after due analysis of the Constitution, its foundational structure, its text, its internal coherence, the history of the clause and the constitutional history; and other non-legal considerations permitted by our Canon of constitutional interpretation principles”. An important phrase here is “non-legal” considerations; although the Court interprets this by way of some examples, the role and function of the extra-legal must always remain a contested terrain.“Technical subterfuge” may be resorted to by the political forces at play as well as adjudication.

The executive may encroach upon the people “by the power of amendment introduced by stealth”. Harsh words indeed; but there were no others either, given the conduct of “bridge building initiatives” by the Kenyan president, who trampled on the constitution in every way. The result is the judicial affirmation of the constitutional basic structure against executive insurgency.

The difference between the Kenyan and the Indian situation lies in the fact that the former does not recognise referenda as providing  ways of altering the pre-commitment of the constitution (the insulation, for example, of basic human rights from amending power under the constitution). The Kenyan High Court here is decisively people-centred rather than State-friendly. However, constitutions do not rule out people friendly interpretations, which at the same time can also be state-friendly—at least in the sense that these are seen to maintain the integrity of the representative and other constitutional institutions and processes.

The Indian situation illustrates this rather well. The doctrine of parliamentary sovereignty in matters of constitutional amendment, for example, prevailed for nearly two decades until the doctrine of basic structure and essential features was laid down by, and since, Kesavananda. Even so, Justice Yeshwant Chandrachud retrospectively validated all the amendments as comporting with the doctrine. Since then, the apex court has explicitly struck down only a handful of amendments, thus affirming what I have later named as judicial and demosprudential co-governance of the nation.

Given the constitutional requirement for informed representation, the Kenyan High Court insists that the power to alter or re-make the constitution  belongs to free people as a whole. This executive-legislative combine may not claim primary transformative power. Common experience, however, indicates that while referenda may be devices of direct democracy, they may not always be democracy reinforcing. These may produce “dictatorial” outcomes as surely as the State, which claims the power to enact unlawful constitutional amendments.

Violations in intention or effect, of even core human rights enshrined in customary and conventional international law are often outcomes of referenda. We may never be able without a trace of elitism that “people” had voted arbitrarily, with malice, or perversely. However, forms of judicial co-governance make manifest the abuse of power by the lightening rod of the discipline of the basic structure.

How well this democratic doctrine fares in Kenya with a system of referendum is yet in the womb of the future.  One may only say: Amen!

2The Court quoted Heinz  Klug  who  considers  an “ aspirational” order to “overcome  the legacies of conflict and the social conditions that divided the society”. Italso cited   Karl    Klare, for whom  transformational  was  the “enterprise   of   inducing  large-scale   social change    through     nonviolent     political     processes     grounded     in law” which is “caring” and deploys a constitution which is“social, redistributive, caring, positive, at least partly horizontal, participatory, multicultural and self-conscious about  its  historical  setting  and  transformative  role  and mission”.

3Former President Moi once infamously asked: “What does Wanjiku know about the Constitution?” This marked the birth of the name “Wanjiku” in Kenyan political lingua franca as a “generic reference to ordinary Kenyans”.