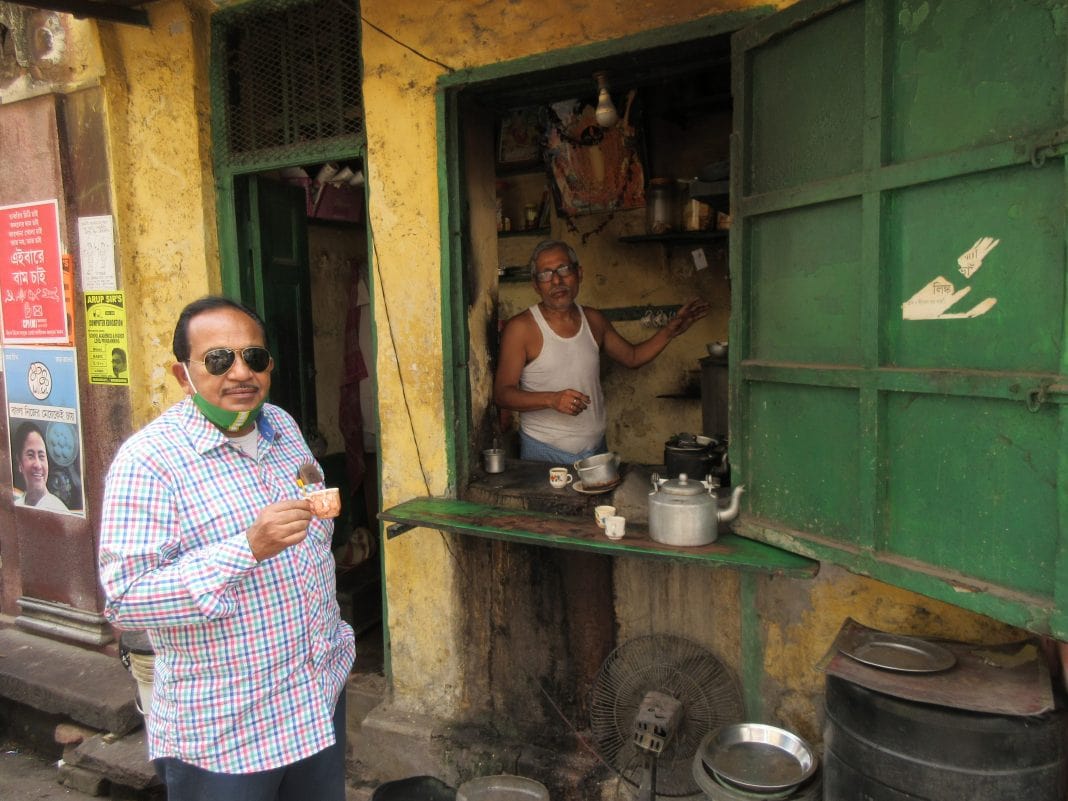 Just where central Kolkata ends, melding into the north, inside Akrur Dutta Lane, there is a special place for Mohun Bagan supporters. It is a typical Kolkata take-off on TMC’s poll plank, khela hobe, (there will be a match). “There are very few East Bengal supporters in this lane,” asserts an old timer.

The bigger assertion, however, comes from Bijay Shaw, who says emphatically: “Let me tell you, even if she wins by 10 seats, she is the winner. Tea shop owner AK Kundu says times are changing, but not so much that Mamata can be unseated.

But they all agree that khela hobe, there will be play. And that will probably happen after the elections are over. “Sei khela holo takar khela,” (that play is the play of money), they say, and who voted for who and why will become completely irrelevant in that filth.

Both Shaw and Kundu agree Mamata is probably somewhat ahead in the game before the elections. That is in the true game of politics, of ideologies, of loyalty, of work that has been done. But they also agree that in the mud wrestling that is sure to follow, the TMC and Mamata have little or no chance. Whether that is fair or not is not, again, completely irrelevant.

But khela hobe, that’s for sure.

Read the related: Battle for Bengal: The Game is On

Did you find apk for android? You can find new Free Android Games and apps.
Share
Facebook
Twitter
Pinterest
WhatsApp
Previous articleBattle for Bengal: The Game is On
Next articleDelhi court takes cognizance of charge-sheet against Kashmiri separatist leader Bilqees Shah in terror funding case