The IT major’s attempt to stem attrition levels by using a non-compete clause has been criticised. The Indian Contract Act declares as void any pact that restrains a person from exercising a lawful trade. 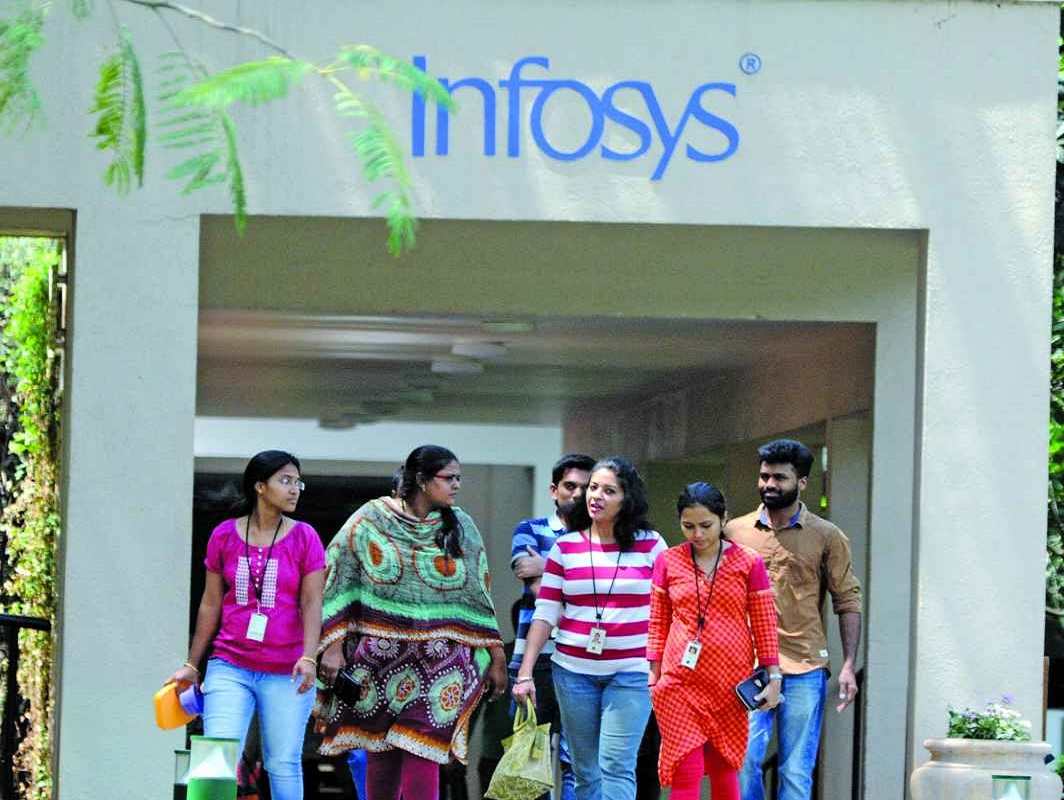 Following worries raised by a group of IT sector employees and a complaint filed by a Pune-based association over a clause in the employment contract of Infosys, the office of Chief Labour Commissioner, Ministry of Labour and Employment, has issued a notice to the tech services major for a joint debate regarding the so-called “non-compete agreement”. However, the company was not present for the initial discussion.

Fighting excessive attrition levels, India’s second-largest exporter of IT services, Infosys, has been accused of unethical methods against its employees by using a non-compete clause to halt their migration to competing organisations. This has come out after Nascent Information Technology Employees Senate (NITES), a Pune-based association of IT and BPO sector employees, filed a complaint with the Labour Ministry on April 18.

The complaint stated that the Bengaluru-based IT major was involved in “illegal” customs by using a clause in the employee agreement which would prevent them from shifting to rival entities. The President of NITES, Harpreet Saluja, justified that courts in India have already pronounced that the right to livelihood must succeed over the benefits of employers, irrespective of the existing contract between employer and employee, and therefore was not enforceable by law.

On April 22, the labour ministry issued a notice to the Infosys Head of Human Resources, Krish Shankar. The notice mentioned that a meeting would be held in Delhi on April 28 and authorised representatives from the labour ministry, Infosys and NITES would be present to discuss the matter. However, Saluja, who was a part of the meeting, confirmed that Infosys was not present for the hearing even after the ministry gave them the option to join the meeting virtually. He also said that the next round of discussion would happen on May 16 in Delhi.

So what is a non-compete clause? As per the clause, employees are banned from working for the same client with competing organisations till six months after they leave the company (Infosys). The rival entities named in the clause include Accenture, TCS, IBM, Wipro and Cognizant. It also blocks Infosys employees from working for the same clients who they serviced while at the company in the preceding 12 months.

But it is not only Infosys that has non-compete clauses in its offer letters. Several recruitment specialists mentioned that these are usual agreements that employees are requested to sign before they join a company. “The only reason it is making news now is that it is being enforced, which was not the case earlier with attrition on the rise,” Supaul Chanda, Vice President at Experis India, a part of recruitment entity Manpower Group, reportedly said.

Growing attrition has encouraged various companies to resort to such practices. There is an enormous need for technology services and this has led to a huge demand for technology experts. In the light of the battle for genius, attrition has spiked over the past few quarters. Infosys had 3,14,015 employees globally at the end of March 2022. Its attrition rate enlarged to 27.7% in the quarter ending March 2022, from 13.9% in the quarter ending June 2021.

TCS and HCL also saw their attrition rates soar to 17.4% and 21.8%, respectively. As per a report by Xpheno, in the previous year, around 8,00,000 people changed their jobs in the IT sector. Xpheno also reported that Accenture, Cognizant, and TCS were the top beneficiaries of talent from Infosys. In the case of TCS, Infosys ranked third in terms of talent movement. Therefore, attrition is projected to get worse before it lessens.

It is a fairly well-settled position in India that non-compete clauses are enforceable only during the term of employment, not afterward. The position comes from Section 27 of the Indian Contract Act, 1872, which declares as void any agreement that restrains a person from exercising a lawful trade or business. While there are exceptions to this rule for restraints that are “reasonable”, courts have consistently refused to enforce non-compete clauses beyond the term of employment. Nonetheless, employers frequently incorporate such clauses despite them being aware of their unenforceability so that they act as a warning for employees.

Although an employer cannot enforce a non-compete post-employment, many judicial pronouncements upheld the need to protect employers’ proprietary information or trade secrets. Therefore, if there is an unapproved disclosure of such information by the employee, then one would expect courts to grant relief to employers.

The clause has stimulated a serious debate in the industry, with some saying that the clause is required to safeguard employers given confidential information that employees handle, whereas others say it is barely realistic when it comes to enforcement.

Infosys itself had said that it is a standard business practice in many parts of the world for employment contracts to include controls of reasonable scope and duration to protect the confidentiality of information, customer connection and other legitimate business interests. These are fully disclosed to all job aspirants before they decide to join Infosys, and do not prevent employees from joining other organisations for career growth and aspirations.

NITES said that these clauses are unlawful and against the provisions of Section 27 of the Indian Contract Act. Mohan Das Pai, a former member of the Infosys board and its chief financial officer from 1994 to 2006, said non-compete clauses are hardly new and restrictions are only fair considering that employees deal with sensitive information. However, it is not as simple as that.

Although non-compete clauses are normal, implementing or administering them through a litigation path does not make sense. It is not pragmatic for any organisation to chase thousands of employees who quit. A company cannot use this cause as a part of the carrot-and-stick approach. The clause may discourage a few employees from leaving, but it is not practical to issue numerous notices to employees considering the present attrition level.

At a time when the attrition rate is so high in the IT industry, Infosys will not be able to execute the strategy or impose it on employees because it will not hold in the spirit of employment. Such a clause restricts development prospects for employees and interns, which in turn, obstructs the talent network. The talents would gradually lose their faith in their employers.