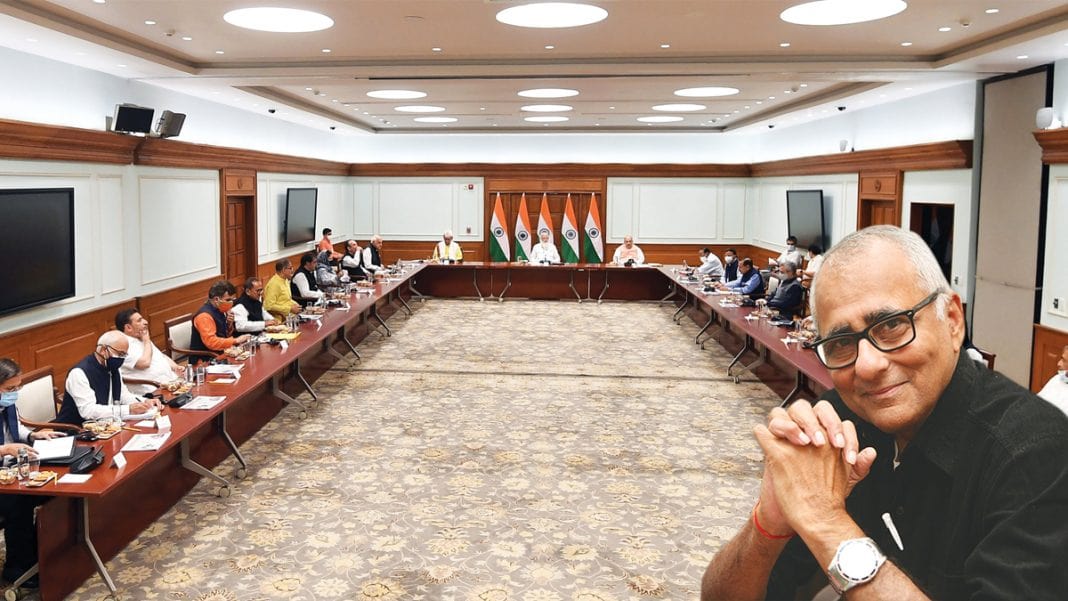 On August 5, 2019, Jammu & Kashmir lost its statehood, its liberty, its political voice, its autonomy and its unique identity within the Indian Union. In sweeping legislative measures enacted by the central government, the legislative assembly was replaced by Union Territories under the direct command of the Dilli Durbar, political leaders were incarcerated, the internet was silenced, thousands of military and paramilitary troops were deployed at every street corner and, most importantly, Article 370 of the Indian Constitution that gave Kashmir its special “Indian-ness” within the newly-free post-Partition India, was scrapped.

On June 24, 2021, the very political leaders of the erstwhile state— the much derided “Gupkar Gang”— who had been jailed for allegedly subversive, separatist and seditious activities by Prime Minister Modi’s government  were invited, virtually on a red carpet, to his residence, to find a way out of the quagmire and begin a process of restoring political dialogue in the region.

What caused Modi to initiate this U-turn of a new politico-surgical strike has been the subject of endless analyses of geopolitical and internal compulsions. And these will continue to unfold and be the subject of a future essay. What is interesting is how carefully both sides avoided stressing the future of Article 370.

Is Article 370 dead as a doornail? It may well have been “legislatively” confined to the proverbial historical dustbin by the Modi government in fulfilment of a long-standing BJP pledge. But can it be wished away? In the simplest of terms, Article 370 is (was?) no more than an old-fashioned treaty spelling out the terms under which the former independent, Hindu-ruled Muslim majority kingdom of J&K acceded to the newly created India, following Independence and Partition. In its essence, it is in the nature of an “accord” as with Assam or Mizoram or the Bodos or the Jharkhand Mukti Morcha.

Article 370 was a creature of the Indian Constituent Assembly and not a creation of Kashmiri separatists or Pakistan. It was the constitutional  framework— the legal window–through which Indian laws applied to J&K. Did this create a country within a country? Not really.

The idea of the existence of an “independent” Kashmir within India was a chimera. It provided grist for the ideological mills of ultra-nationalists — a “Muslim Nation” enjoying special privileges within “Hindu India” — and Islamic separatists who believed Kashmir belonged to Islamic Pakistan. The bulk of the region’s inhabitants, however, stuck to the symbolic virtue of Article 370 because they drew from it a mystical sense of a protection of their identity or, as Atal Behari Vajpayee put it, “Kashmiriyat”.

You may abolish Article 370 on paper; you may make scant or no reference to it during the opening sequence of the new June 2021 dialogue between the Modi government and the Gupkar coalition, but you can’t exorcise it from the Kashmiri psyche.

In this context, I would like to reproduce the main points of an article I wrote for India Legal in July 2019, a month before Article 370 was scrapped: