Some Wit, Some Wisdom

Courts are often seen as dry places swarming with serious men and women in black robes debating contentious disputes. But genius blooms in strange places and UK courts have shown the witty side of things. 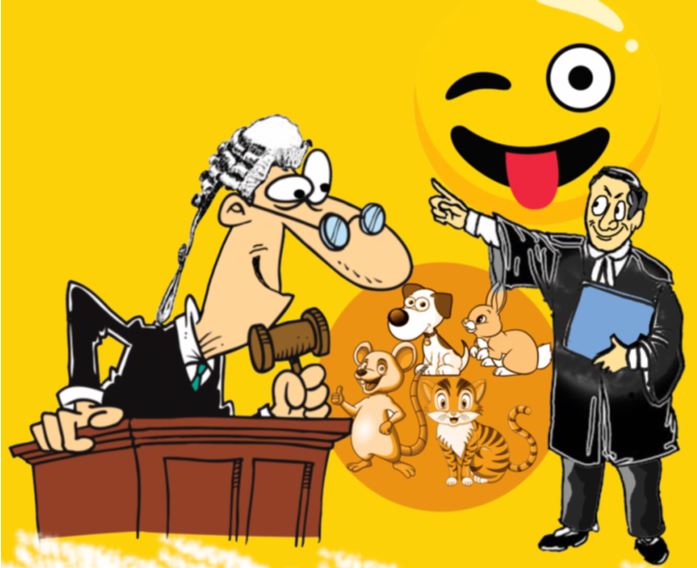 The practising lawyer must to some extent share the responsibility for writing of law books: “Headnotes arranged vertically make a digest. Headnotes arranged horizontally make a textbook. Textbooks arranged alphabetically make an encyclopaedia. Every few years some investigator has to break up one of these works into its constituent atoms, add some more headnotes from recent decisions, stir well, and give us the latest book on the subject. And so law libraries grow.” Yet even in the most authoritative works, genius sometimes blooms in strange places.

Much has been spoken on the course of the judicial process. One may begin with two remarks of the great Holmes J. “I recognise without hesitation that judges do and must legislate, but they do so only interstitially; they are confined from molar to molecular motions. A common-law judge could not say I think the doctrine of consideration is a bit of “historical nonsense and shall not enforce it in my court”. Again, “the vindication of the obvious is sometimes more important than the elucidation of the obscure”.

At times, however, even truth itself may be spurned. “Truth, like all other good things, may be loved unwisely – may be pursued too keenly – may cost too much. And surely the meanness and the mischief of prying into a man’s confidential consultations with his legal adviser, the general evil of infusing reserve and. dissimulation, uneasiness, and suspicion, and fear, into those communications which must take place, and which unless in a condition of perfect security, must take place uselessly or worse, are too great a price to pay for truth itself.”

It is well known that the Court of Appeal will normally not interfere with an award of damages unless they appear to have been assessed on a wrong principle. In one case, in which Mr. F. E. Smith, K.C., had appeared for the defence, damages of £1,000 had nevertheless been awarded. On appeal, Hamilton L.J. remarked, “It is said that the defendants’ counsel set the jury against him by the impetuosity of his attack on the plaintiffs and that the jury could inflame the damages for that. Still, in my opinion by no formula or manipulation can 1,000 1. be got at. For any damage really done, 100 1. was quite enough: double it for the sympathy: double it again for the jury’s sense of the defendants’ conduct, and again for their sense of Mr. F. E. Smith’s. The product is only 800 1.” A new trial was accordingly ordered, but on appeal the House of Lords held that the defendants were entitled to judgement. Lord Buckmaster L.C. began his speech by saying, “My Lords, this case affords the unedifying spectacle of litigation conducted with such disregard of the rules of procedure that extrication from the resulting tangle has been all but hopeless.” And Lord Atkinson’s opening shot was that “the suit out of which this appeal has arisen was wrongly framed, was unsatisfactorily conducted, and has led to illegal if not indeed absurd results”.

Of Cats and Dogs, Rats and Rabbits

It is an understandable human habit to illustrate the characteristics of fellow men by reference to the animal world; and lawyers are no exception to this rule. One well-known instance lies in the sphere of landlord and tenant. In assessing the compensation payable by a landlord to an outgoing tenant of business premises under the Landlord and Tenant Act, 1927, in respect of goodwill, what had to be discovered was the goodwill that had become “attached to the premises”. In one case, Scrutton L.J. referred to the argument that goodwill must be considered on a “cat, dog and rat” basis. “The cat prefers the old home to the person who keeps it, and stays in the old home though the person who has kept the house leaves. The cat represents that part of the customers who continue to go to the old shop, though the old shopkeeper has gone; the probability of their custom may be regarded as an additional value given to the premises by the tenant’s trading.  The dog represents that part of the customers who follow the person rather than the place; these the tenant may take away with him if he does not go too far. There remains a class of customer who may neither follow the place nor the person, but drift away elsewhere. They are neither a benefit to the landlord nor the tenant, and have been called ‘the rat’ for no particular reason except to keep the epigram in the animal kingdom. I believe my brother Maugham has introduced the rabbit, but I will leave him to explain the position of the rabbit.” The exposition by Maugham L.J. was that: “The rabbit indicates the customers who come simply from propinquity to the premises; and, if this is borne in mind, it will be apparent that the rabbit may be much bigger than the cat, who (if indeed it does not wholly vanish) may well shrink to the dimensions of a mouse.” Such an indignity might indeed prove fatal to any right thinking cat. Some years afterwards Evershed L.J. and his brethren in the Court of Appeal regarded the cat with critical appraisal, and said, “If it is true that a cat has nine lives, we express the hope that in relation to the Landlord and Tenant Act it has lived the last of them and may now be decently interred.” Seven years later, the legislature considerably repealed the relevant provisions of the Act, but unfeelingly inserted in the new Act, a provision which some may regard as the last departing flicker of the statutory ninth life.

There is authority for saying that “the language of statutes is peculiar”; and even a casual inspection of the law re­ports is likely to reveal that the courts do not invariably display a deep reverence for every product of the art of Parliamentary Counsel. In a sense, the scales are heavily weighted against the draftsman: if he has made himself plain, there is likely to be no litigation and so none to praise him, whereas if he has fallen into confusion or obscurity, the reports will probably record the results of the fierce and critical intellects of both Bar and Bench being brought to bear on his work. Yet the debt owed to him by the legal profession is incalculable. He has been pictured as happily singing to himself:

I compose the country’s laws,

And of half the litigation,

I’m undoubtedly the cause.

From time to time the courts yield to temptation. Lord Birkenhead L.C. once said of Re Lord Chesham’s Settlement: “It may, without excessive irony, be said that it has been distinguished with more zest than it has been followed.” And Blackburn J. once observed to counsel in the course of argument, “Rich vs. Basterfield is the only case at all in your favour, and I think that is a desperate refinement.” In Scotland, episcopal table manners have been invoked. Lord Pitfour once referred to an earlier decision which was contrary to his own view as being a case in which “the Bench was divided, and the decision was not relished. A decision in an arbitrary question is of great authority; not so when pronounced on wrong principles. The cause was not fully pleaded at first; and some judges are like the old bishop, who, having begun to eat the asparagus at the wrong end, did not choose to alter.” But it was Baron Bramwall who so majestically demonstrated how to dispose of previous decisions of his own which were inconsistent with the view he was taking in the case before him. He simply said, “The matter does not appear to me now as it appears to have appeared to me then.”

Did you find apk for android? You can find new Free Android Games and apps.
Share
Facebook
Twitter
Pinterest
WhatsApp
Previous articlePatna High Court directs Bihar Chief Secretary to decide on plans to improve airports in Bihar
Next articleSupreme court: Mop Up rounds not for students who surrendered state quota seats in NEET-PG 2021