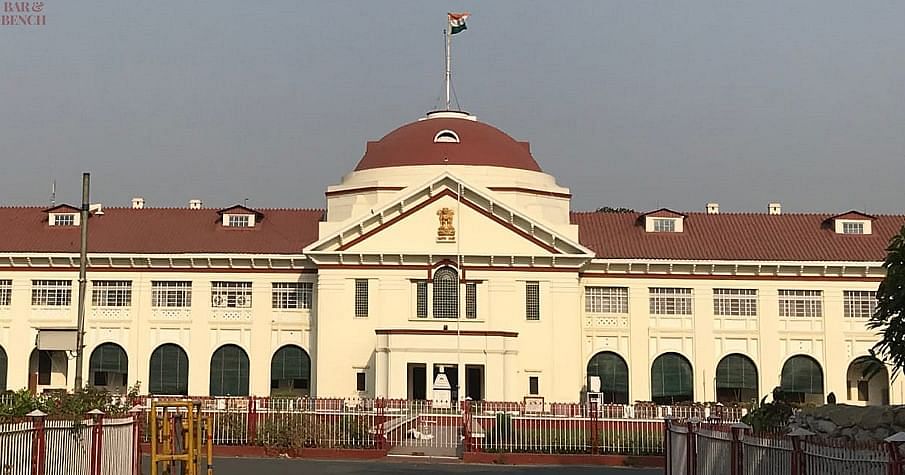 The Patna High Court has recently issued certain directions on the issue related to Airports in Bihar.

The  Division Bench of Justice Sanjay Karol and Justice S. Kumar heard the bunch of Petitions and observed that indeed, these petitions are not adversarial in nature; hence action and approach in the affirmative, adopted by the functionaries of the State, both Central and the State, would positively have far-reaching consequences on the lives of the people of Bihar. It also results in the overall development and economic growth of Bihar. Time and again, the Court has emphasized the need, requirement, significance and importance of creating infrastructure within the State of Bihar, for various reasons, among other things, checking the migration of people from the State of Bihar.

The issue which arises for consideration by the High Court is that,

“Should the Airports in Bihar be allowed to remain inoperational and closed?, should their capacity be not enhanced?; does not the State require more airfields for easy and convenient access for its residents to the different parts of the State?; would not it create avenues for tourism growth, both domestic and international?”.

Prima facie, the Court is of the considered view that the issues highlighted are of prime importance and significance and absolutely in the public interest. Hence, an endeavour, by adopting a proactive approach, is required to be made by all functionaries of the State, and all this is necessarily to be done at the highest level, for as the Court noted that  one such communication dated 25h August 2021 that of the Minister Civil Aviation, Government of India, as the Bench informed, has not evoked any response.

Also Read: Some Wit, Some Wisdom

During the hearing, the Bench was informed that the Obstacle Limitation Surfaces (OLS) survey for the expansion of the Airport at Patna could be carried out by the Airport Authority of India within the next 15 days. It also transpires that the expansion of the Airport at Gaya is held up only on account of a decision required to be taken by the State Government for making a provision and depositing a sum of Rs 268 Crore (approx), as compensation for the cost of land acquisition, which ultimately may or may not be released as compensation to the landowners with the final adjudication of their right to receive the same, at an appropriate stage and level. The matter concerning the enhancement of compensation is pending adjudication before the High  Court, which already stands expedited.

It is noted by the High Court  that way back on 14th July 2017, the issue of expansion of the Airports’ infrastructure in Bihar took place between the Chief Minister of Bihar and  Minister of Civil Aviation. Against this backdrop, the Court believes that it would be only appropriate that the issue is discussed afresh at such a level.

Given the same, the Court directed as under:-

(a) The Chief Secretary, Government of Bihar shall take up the matter at the appropriate level, enabling the authorities to decide on all the issues highlighted supra, at the earliest.
(b) The decision taken by the Government be placed on record.
(c) The Divisional Commissioner, Patna, shall place on record the action taken report in terms of the meeting already convened by him.
(d) The Director, Airports Authority of India, Patna, shall have the survey report prepared and placed on record within the next 15 days.
(e) The State shall place on record the decision concerning the deposit of Rs.268 Crore for early expansion of the Airport at Gaya.
(f) Response to the petitions be positively filed within the next two weeks.

It is pertinent to note that a public interest litigation (PIL) has been filed in the Patna High Court seeking a direction to the Bihar Government and the Airports Authority of India (AAI) to construct / develop a Greenfield International Airport in Sonepur, District Saran, Bihar and to immediately start the survey work and issue notification for land acquisition for the proposed site at the Saran district .

According to the PIL, filed by one Abhijeet Kumar Pandey and drawn by Advocate Varun Singh, the Bihar Government is duty bound to comply with the direction of the Union Government on the construction of the airport.

Further, according to the petition, there is an emergent need to construct / develop such an airport due to the safety and security concerns regarding the present airport in Patna, Bihar. In the past 20 years, there have been two aircraft that have crashed and thereafter, reports have been submitted to the Respondents, flagging the safety concern regarding the length of the strip for the runway. Noting the significant problem, the Respondents have initiated steps to start the Greenfield airport. However, the same has not concluded due to the Bihar government’s inaction.

It is submitted that as per the Airports Authority Act, the AAI has powers to compulsorily acquire and build an airport. through compulsory acquisition powers given under Section 19 of the Act . Further, as per the National Civil Aviation Policy, it is the duty of the State Government to provide land free of cost and encumbrance to the AAI for construction of Airport. However, despite repeated requests and reminders by AAI, the State Government has refused to initiate land acquisition proceedings, alleging the petition.

The petitioner averred that the proposed site at Bihta is an Air Force station airport, which is primarily run by the Indian Air Force with its own air traffic control. In view of this, the new airport can’t have its own ATC tower which is required for international flights and civil passenger flights and therefore, there will always be limitations on the ATC tower. With regard to the land requirement, at the Bihta airport, 108 acres for a civil enclave had already been acquired and handed over to AAI and an additional 191.5 acres of land is being demanded by the AAI.