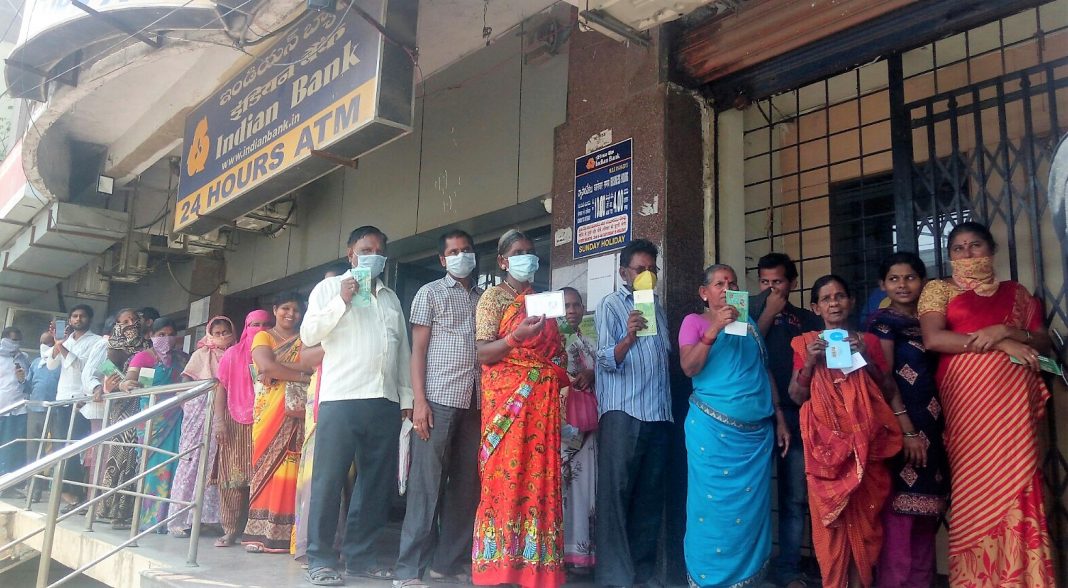 In major succour for borrowers, the Supreme Court extended an interim loan moratorium and told banks not to declare such accounts as non-performing assets till further orders

On September 10, 2020, the Supreme Court delivered “manna from heaven” for millions of borrowers when it said that it was “inclined” to rule against compound interest being charged by banks on loans during the moratorium period ordered amid the raging pandemic.

This comes from a deep understanding of not just law, but also of human fragility and the pain most Indians are experiencing these days. That would be to err on the side of humanity, an acceptable position.

The open-ended nature of the sentence leaves it prone to interpretation. This may actually have been done on purpose since there can be no stringent classification of natural disasters and such happenings. This is why the Supreme Court decided to accept pleas on a moratorium on loans and interest thereof, as well as interest on interest. The exact nature of the relief is now being debated.

The intention has been good because the entire debt structure of the country collapsed when the pandemic virtually stopped all economic activity. Categorising any loan as a Non-Performing Asset (NPA) adds criminality to it. While that should not happen in most cases, there will be certain incidents where some borrowers might want to escape the hands of law through a loophole that might remain, if there is a generalised order.

On September 3, the Supreme Court bench of Justices Ashok Bhushan, R Subhash Reddy and MR Shah ordered that accounts that had not been categorised as NPA as of August 31 should not be declared as such till further orders. There was a submission to this effect by senior advocate Harish Salve.

On September 10, the next day of hearing, the larger picture emerged. The banks’ association said that their entire business was structured around interest and compound interest, so depriving them of that specific purpose would defeat the very concept of banking. Even while arguments were on in the Supreme Court, the banks not only continued to charge interest, but also downgraded credit ratings of individual borrowers. They probably could have shown some restraint by not marking accounts with arrears as being in default. Such a record destroys a person’s credibility and the ability to raise debt in future.

The appeal from individual borrowers said that the maximum hit has been taken by them. Senior advocate Kapil Sibal, who is representing the Confederation of Real Estate Developers Associations of India, said that the current restructuring of loans won’t provide relief to 95 percent of borrowers. He asked for the protection of the borrowers.

Sibal contended that while it was the government’s constitutional obligation to provide relief, there seems to be no money with the national exchequer to provide it. Every loan is an agreement, so every loan is a contract. Sibal pointed out that contracts are operative where situations are normal. It was a point probably not lost on the Supreme Court. Sibal asked why contracts that cannot and could not be implemented in time due to the lockdown should not be given relief. The force majeure issue was not mentioned, but it would not be difficult to understand where a debate from here might lead to. “Governments across the world are pumping in money,” he said. “We aren’t asking for time, just extend the moratorium.”

The government has been realising the pain too, it seems. Solicitor General Tushar Mehta asked for some time for the government’s response. He said the government was in consultation with the banks as well as the stakeholders for determining the level of relief. Those discussions were on at the highest level and the special committee for this is on the ball, he said. “This is a subject matter of holistic consideration,” Mehta assured.

The Court again pointed out that one cannot categorise all borrowers seeking relief as adversarial and said it will give time to the centre, but it must take a concrete stand. The matter comes up for hearing at the end of September, by which time the Court would have had time to go through all replies.

What has been discussed so far in Court are the different parameters that need to be taken into account for it and the government to come to a general consensus on how to address the issue. However, here is the rub. For the Court, it is a specific issue of extending the moratorium on loans, with an appended appeal of interest and compound interest waiver on which it has already expressed its opinion. For the government, the issue isn’t restricted to that. Every action on the banks would reverberate across the entire industry and commerce sector. And putting pressure on banks means a domino effect that could dislodge several established financial principles.

Solicitor General Tushar Mehta asked for some time for the centre’s res­ponse. He said the centre was in consultation with banks and stakeholders for determining the level of relief.

In making it clear that there cannot be adversarial tags on any stakeholder who might fail to pay back loans, the banks would have a handle in delaying their own obligations towards the larger market and even governments. A start in this direction could be possible overdraft that states would be drawing to make up for the GST dues that the GST Council denied, naming it an Act of God. Also, there might be pleas from the banks to the RBI for relaxation on Statutory Liquidity Ratio and Cash Reserve Ratio rates, not to talk about repo rates.

The whole system is balanced through channels of greed and need. In a pandemic, when survival outmanoeuvres greed, normal investments would fail to yield. Hence, the idea of taxing and e-taxing sin items (such as liquor and cigarettes) might top its milking potential. That is where the government’s position vis-à-vis business and commerce on the one hand and the common man on the other comes in.

When you consider all arguments, nobody is at fault. It would be a miracle if the government’s high-powered expert committee can actually come out with a middle path. Somebody has to make the big sacrifice, and it might just well be the banks this time. Nuggets of information from the top court and the government do point to a public-friendly decision. But if the “blame” or responsibility has to be apportioned, there could be a hit in store for big industry as well.

Did you find apk for android? You can find new Free Android Games and apps.
Share
Facebook
Twitter
Pinterest
WhatsApp
Previous article16 slum dwellers want to be impleaded in jhuggis removal case
Next articleThe Principal Driver of State is Now Politics, Not Lawyers