More Than A Requiem for Reproductive Freedom?

The overturning of Roe v Wade shows a dismal saga of men gaining power by trading away the rights of women. Justice Clarence Thomas’ opinion forecasts a bleak future for constitutionalism in the US 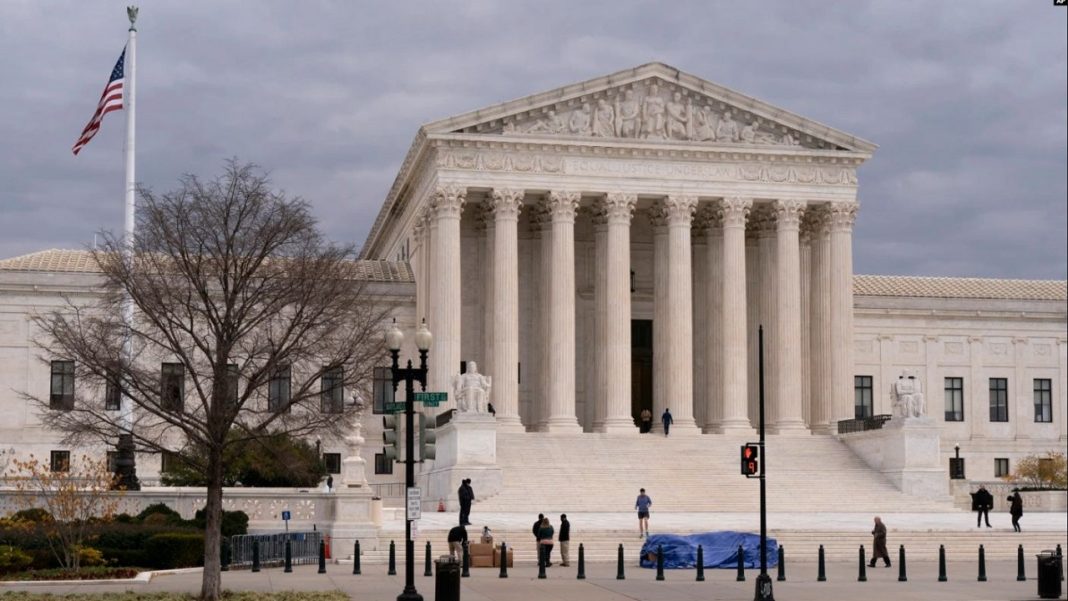 There is no question that the decision in Dobbs v. Jackson Women’s Health Organization1, is socially, politically and human rights regressive. Already much has been written about it. Maureen Dowd (The New York Times, June 25) writes acerbically concerning “The Radical Reign of Clarence Thomas” in which emerges a dismal saga of “opportunism, fanaticism, mendacity, concupiscence, hypocrisy and cowardice”. It is a story about “men gaining power by trading away something that meant little to them compared with their own stature: the rights of women”.

Behind all the façade of judiciousness, the majority steadfastly proceeds to overrule the 50-year constitutional precedent in Roe v Wade that made abortion constitutionally and legally justified. The majority opinion does more, though Chief Justice John Roberts was broadly in agreement with the majority opinion and rightly “the arbitrary viability rule today”. Also, he observed that it was not “ever” required that “we also take the dramatic step of altogether eliminating the abortion right first recognized in Roe” [Page 5]. As Justices Stephen Breyer, Elana Kagan and Sonia Sotomayor said in their eloquent but helpless dissent, the ruling indeed also “places in jeopardy other rights, from contraception to same-sex intimacy and marriage” [Page 59].

Justice Alioto (whose majority opinion somehow was unaccountably leaked to the media and public several weeks ago), doused apprehensions about the future of rule and principle of stare decisis (the Latin maxim meaning literally to stand by the things decided). That maxim does not say that egregious precedents of injustice (like human chattel slavery, or outrageous and manifest discrimination) may not be overruled or deemed constitutionally necessary. Chief Justice Robert was quite right in holding a “narrower decision rejecting the misguided viability line would be markedly less unsettling, and nothing more is needed to decide this case” [Page 11].

The present analysis is severely limited to the issue whether the decision extends beyond the Roe overruling. Justice Alioto (for the majority) was explicit: “…we have stated unequivocally” that nothing in this opinion “should be understood to cast doubt on precedents that do not concern abortion” [Page 71]. Moreover, each “precedent is subject to its own stare decisis analysis, and the factors that our doctrine instructs us to consider like reliance and workability are different for these cases than for our abortion jurisprudence” [Pages 71-72].

But Justice Clarence Thomas is not even content with this overruling. He reasons that “we should reconsider all of this Court’s substantive due process precedents, including Griswold, Lawrence, and Obergefell” because any substantive due process decision is “demonstrably erroneous.” [Page 3]. Griswold v Connecticut reasoned “that specific guarantees in the Bill of Rights”—including rights enumerated in the First, Third, Fourth, Fifth and Ninth Amendment “have penumbras, formed by emanations” that create “zones of privacy”2. Since Griswold, the Court “perhaps recognizing the facial absurdity of Griswold’s penumbral argument, has characterized the decision as one rooted in substantive due process”. [Page 6, footnote]3. Subsequently, all decisions on sexual minorities and marriage equality should now, he says, be interrogated as having any precedential value4.

Clarence Thomas is known for his views on substantive due process for some time, but in his concurring opinion in Dobbs, he consolidates these, though no one on the High Bench agrees with him and “no party has asked us to decide” whether our entire Fourteenth Amendment jurisprudence must be preserved or revised [Page 3]. He obviously believes in what he says but it still forecasts a very bleak future for constitutionalism in America (as we know it). He wishes to dismantle the substantive due process and hopes to carry his Brethren with him. Why?

In future cases, Justice Clarence Thomas ends with the exhortation “…we should follow the text of the Constitution, which sets forth certain substantive rights” which “sets forth certain substantive rights that cannot be taken away, and adds, beyond that, a right to due process when life, liberty, or property is to be taken away” [Page 7]. He emphasises that the due process of law is, all said and done, a process of law and can never be a source of rights. Indian readers of these lines would be reminded of Indian Supreme Court decision on Article 21 in Gopalan5, dark deeds committed under the system of preventive detention.

Whether or not accepted as a program schrift of all the now dominant majority “conservative” justices on the High Bench, there is no doubt the originalism (roughly a technology of judicial interpretation that insists that interpretation be as close as possible to the original meaning), and alongside “textualism” (fidelity to the constitutional text) will define judicial process. Even so, the Court as a whole (barring Justice Thomas) disagreed with his insistence that it should prefer restraint and accommodation.

Comparative constitutional studies have recognised the demosprudential co-governance emanating from the Supreme Court in India and it is high time that they read the heroic feats of Kesavananda Bharati and its normative progeny6 as well as tales of similar judicial decisions in Africa7 and the Global South8.

The world is changing rapidly in all directions and for the problems of democracy and governance, American (or any other) judicial exceptionalism is not a good answer (if it ever was) as we approach the first quarter century of 21st century. Even if we reject rampant (undisciplined) judicial populism as an appropriate response, may we not accept chiselled substantive due process as a rational mode of judicial co-governance?

In any case, time is ripe now for Justice Thomas (elevated to the Supreme Court on June 28, 1981) to make a gracious exit from the tasks and burdens of constitutional justicing.

Footnotes
1 Slip Opinion. OCTOBER TERM, 2021. Thomas E. Dobbs, State Health Officer of the Mississippi Department of Health, Teal., Petitioners, v. Jackson Women’s Et Al. Health Organization. Alito, J., delivered the opinion of the Court, in Which Thomas, Gorsuch, Kavanaugh, and Barrett, JJ., joined. Thomas, J., and Kavanaugh, J., filed concurring opinions. Roberts, C.J., filed an opinion concurring in the judgment. Breyer, Sotomayor, and Kagan, JJ., filed a dissenting opinion. This decision is hereafter referred to as Dobbs, which would be cited in the text by reference to page numbers, which are separate for each judgment.
2 381 U. S., at 484.
3 Justice Thomas poignantly refers to the Dred Scott v. Sandford, 19 How. 393 (1857), where “the Court invoked a species of substantive due process to announce that Congress was powerless to emancipate slaves brought into the federal territories” and the matter was finally settled “the battlefields of the Civil War and by constitutional amendment after Appomattox.”
4 The citations respectively are: Griswold v Connecticut, 381 U.S. 479 (1965); Obergefell v. Hodges, 576 U.S. 644, 663 (2015); Lawrence v Hardwick, 539 U.S. 558 (2003), relating to right to life as comprising claims to human rights to lifestyle, a distinction I argued before the Supreme Court of India on behalf of citizens group in late Narmada Dam cases. See also a precious comment on the first case, A.R. “Blackshield, Constitutionalism and Comstockery” U. Kan. L. Rev. 14: 403 (1965-1966)
5 A.K. Gopalan v. State of Madras (1950 SCR 88). The Court held the term used in Article 21 was meant to just describe the procedural due process and since the Preventive Detention Law under which AK Gopalan was detained was a genuinely valid and reasonable law. We must highlight the important dissent issued by Justice Fazal Ali who held that the court when analyzing fundamental rights violations needs to coordinately interpret the various Articles under Part III of the Constitution of India and not merely as silos. Further, note also the rationale of Justice Mahajan who differed in his conclusion holding Section 12 to be ultra-vires while agreeing to the majority judges’ interpretation.
6 See, Upendra Baxi, “Demosprudence and Socially Responsible/Response-Able Criticism: The Academician and be­yond”, NUJS L. Rev. 9:153 -172 (2016)
7 Upendra Baxi,’ “Hooks”, “Pillars” and “Foundations” of Constitutionalism: Basic Structure in Kenyan Jurisprudence’, India Legal, May 21, 2021­
8 See, Yaniv Roznai, Unconstitutional Constitutional Amendments: The Limits of Amendment Powers (Oxford University Press, 2018).