The order which led to the release of the activist on bail is not a precedent, warned the apex court while hearing the appeal. But it shall set the stage for a lively debate to define the limits of protest in UAPA cases, investigated by the NIA. 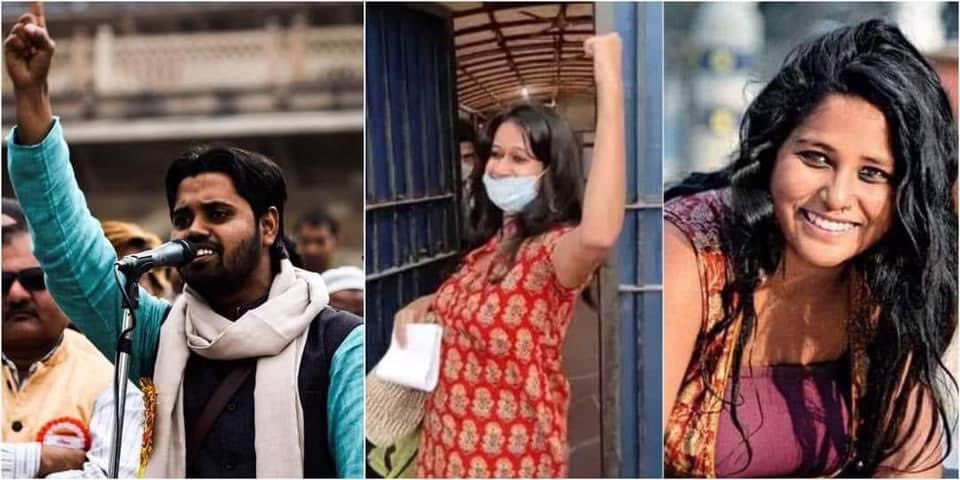 It’s hard to say if Natasha Narwal (32) will rank among front-line  dissenters of the 2020s or fall by the wayside as time advances and other events consume our interest. Natasha is a well-educated woman who graduated from Hindu College, and is currently pursuing a doctorate in Women’s Studies from Jawaharlal Nehru University. She shall have to first recover from the horrible incarceration she suffered for over a year, during which she lost her father to Covid a month ago, then finish her doctorate, leave the University and find a job. She may decide to join a political party of her choice to contribute to the political life of her country or her state and leave the life of a perpetual protester behind.

Natasha’s biggest trial of life is still before her, so also is the criminal trial, and with it the courtroom-induced paranoia, which will not disappear easily. She will also have to shed her nonchalance which was on display at the pro­test rallies.

The judgment of the Delhi High Court (Justice Siddharth Mridul and Justice Anup Jairam Bhambhani) which bears her name shall be ranked an important one on bail and become the basis of detailed consideration before the Supreme Court in appeal. Ordinarily, judges need say no more than “facts do not warrant further detention in custody, bail to the satisfaction of CJM….” Unfortunately, the maturity of most of our judges and of the nation has not developed to that extent. The Delhi High Court examined the involvement of the accused from all angles and came to the conclusion that bail ought to be granted. The voluminous record was meticulously examined and lengthy submissions on both facts and law were heard before the lengthy, well-considered opinion was pronounced. Such judgments are based on the facts of the case and are seldom binding on other courts, though they have persuasive value.

Natasha Narwal and two others were taken into custody in May 2020. They spent more than a year in jail before being released on bail on June 17, 2021. They had been arrested in multiple FIRs, Natasha in three, Devangna Kalita in five and Asif Iqbal Tanha in two. The cases against them related to various offences allegedly committed by them during the day and night protest rallies, in freezing winter, mostly by women against the Citizenship Amendment Act (CAA) and the National Register of Citizens (NRC). The protest rallies were followed by rioting and mayhem which occurred in North-East Delhi in the last week of February 2020. The violent conflagration left 53 dead, hundreds wounded and many properties, including four mosques, burnt down.

The FIRs reveal that the offences against the three protesters were of rioting with deadly weapons and causing injuries during the riot, abetment, conspiracy, sedition, obstructing public servants, destruction of evidence, harbouring offenders, defiling places of worship, murder, attempt to murder, wrongful restraint, assault to deter public servant from discharging his duties, impersonation, cheating, mischief causing damage to property, arson, house-trespass, forgery for cheating, using as genuine a forged document, damage to public property, possession and use of fire arms, terrorism and raising funds for terrorism.

We have to thank Lord Macaulay for the penal code drafted in 1837. It was finally passed by the Legislative Council and received the assent of the Governor-General on October 6, 1860 and is still with us as the Indian Penal Code (85 of 1860). Most of the offences which Natasha Narwal has been charged with are in this code but aggravated by the application of Unlawful Activities (Prevention) Act, 1967.

The question at this stage is not of the charges against Natasha but whether as a protester she deserves to be on bail. The charges shall certainly be framed against her by the Special Judge, and should she claim trial, the prosecution shall produce its 740 witnesses to establish her guilt.

Protesters, activists, farmers, students are all entitled to protest. This is the right enshrined in Article 19(1)(a), (b),(c) and (d) of the Constitution of the Republic of India. These articles give all citizens the right to freedom of speech and expression, to assemble peaceably and without arms, to form associations or unions or co-operative societies, and to move freely throughout the territory of India. These clauses were a part of the original Constitution in 1950 before they were amended the following year and the State given the authority to impose “reasonable restrictions” on these rights, even to the extent of using the existing colonial-era Indian Penal Code. Academic debate on these clauses may never end but what is really surprising is that the colonial code is still in use to curb fundamental rights of protest and dissent. It is still sedition to criticise the government, the colonial mind set is still with us.

Several offences against Natasha Narwal are capital offences she could be hanged for protesting. But it won’t be easy because it shall take several years to examine 740 witnesses, and death sentences require confirmation by the High Court. So why keep her in custody? Why not impose strict conditions and release her on bail? This is precisely what the Delhi High Court has ordered in an ably written judgment.

During World War II, emergency regulations were passed in Britain to permit the Home Secretary to intern persons if he had “reasonable cause” to believe that the person had “hostile associations.” A certain Liversidge was detained under this regulation. The Home Secretary had passed a one-line order which read: “I have reasonable cause to believe Liversidge to be a person of hostile associations and that by reason thereof it is necessary to exercise control over him.” Liversidge was detained and the detention was upheld by the House of Lords in Liversidge v. Anderson 1941 UKHL 1, though now the judgment is not considered good law.

However, Lord Atkin gave a dissenting opinion, which is the basis of juris­prudence relating to judicial review over such arbitrariness and violation of rights. Lord Atkin wrote, “in England, amidst the clash of arms, the laws are not silent. They may be changed, but they speak the same language in war as in peace. It has always been one of the pillars of freedom, one of the principles of liberty for which on recent authority we are now fighting, that the judges are no respecters of persons, and stand between the subject and any attempted encroachments on his liberty by the executive, alert to see that any coercive action is justified in law”. This demands judges to take a fresh look at every executive order (s) which impinges on personal liberty of the citizen..

The Preamble of the National Investigation Agency Act, 2008, must be read and understood because the Act covers investigation of only a certain type of serious crimes. The Preamble reads, “an Act to constitute an investigation agency at the national level to investigate and prosecute offences affecting the sovereignty, security and integrity of India, security of State, friendly relations with foreign States and offences under Acts enacted to implement international treaties, agreements, conventions and resolutions of the United Nations, its agencies and other international organisations and for matters connected therewith or incidental thereto”.

The task of investigating the February riots and bringing the culprits to justice is (a) very tough one and long-drawn out. The mobsters must be tried and punished if credibility of the police and public confidence is to be restored. But the protesters and dissenters may be treated differently from the violent, murderous bunch of hooligans and thugs who went on rampage in North-East Delhi, and sent deadly waves of killings which engulfed the area for five days.

The CAA and NRC laws needed to have been explained to the public in detail. A country with such a huge population and a growing economy needs to regulate its citizenship laws, but failure to explain their intricacies is inexcusable. Instead, the people lapped up a communal narrative that the laws were designed against the Muslim community. This led to peaceful protests which led to violence, riots, arson and killings. Perhaps the State will learn lessons from this and reconcile with the peaceful protesters who were simply exercising their fundamental right to protest against laws they thought were wrong.