One Nation, One Election: Trapped between desirability and feasibility 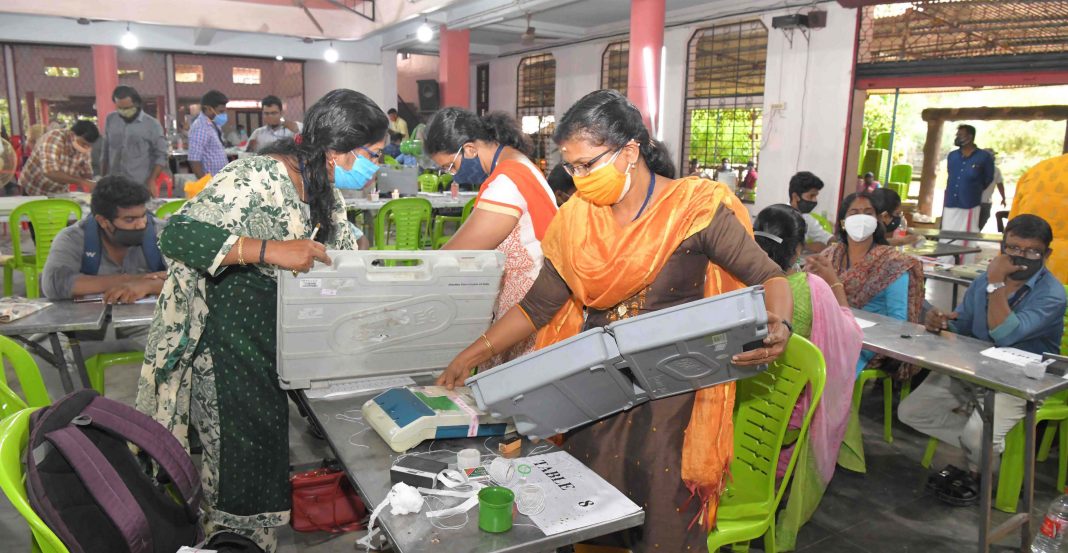 The theme has been an abiding one for the prime minister. While supporters say it will save public money and reduce administrative burden, critics say it is against the principle of cooperative federalism.

Prime Minister Narendra Modi recently spoke about the “One Nation, One Election” theory, which has almost become an article of faith for him. “Elections are held at different places every few months. The impact it has on development works is known to all. Therefore, it is a must to have deep study and deliberation on One Nation, One Election,” he said. He also recommended a single voter list for the Lok Sabha, assembly and panchayat polls because separate lists were a waste of resources. This concept has been an abiding theme for Modi. In 2017 too, he had said: “One nation, one election is not a matter of debate only, this is the need for India.”

Historically, elections during the first two decades after Independence for the House of the People and state legislative assemblies were held simultaneously, i.e., during 1951-52, 1957, 1962 and 1967. Dissolution of certain assemblies in 1968 and 1969, followed by the dissolution of the House of the People in 1970 and subsequent general elections in 1971, disturbed the cycle of simultaneous elections. Indiscriminate use of Article 356 (President’s Rule) of the Constitution also disrupted the schedule of simultaneous elections.

The talk of “One Nation, One Election” has made the headlines in the past too, from time to time. The idea made its début in the first annual report of the Election Commission in 1983. It had supported holding simultaneous elections to reduce expenditure, for effective use of manpower and human resource and also because frequent elections affected the day-to-day functioning of the government, both at the state level and the centre, creating hardship for common people.

The topic was revived and rejuvenated by the 170th Report of the Law Commission, submitted in 1999. The Report underscored the desirability of holding elections to the Lok Sabha and state assemblies once in five years, but admitted that it could not be achieved overnight in the prevailing circumstances. The proposal gained momentum with the manifesto of the BJP for the 2014 Lok Sabha election, which stated that the party would seek to evolve a method of holding elections to assemblies and the Lok Sabha simultaneously.

There was a flurry of activities thereafter. The 79th Report of Department Related Parliamentary Standing Committee on Personnel, Public Grievances, Law and Justice, submitted in 2015, was devoted to studying the feasibility of holding these simultaneous elections. It recommended an alternative and practicable method of holding simultaneous elections, which involved holding them in two phases twice in every five-year cycle. NITI Aayog issued a Working Paper on the subject in 2017 titled, “Analysis of Simultaneous Elections: The What, Why and How”. It broadly recommended a gradual move to synchronisation of elections to Parliament and state legislative assemblies between 2019 and 2024.

This was followed by a Draft Report of the Law Commission in 2018. It recommended holding of simultaneous elections except in J&K. The Commission noted that for holding simultaneous elections, amendments to the Constitution, the Representation of the People Act, 1951 and the Rules of Procedure of Lok Sabha and state assemblies would be required. Such an exercise would save public money, reduce the burden on the administrative set-up and security forces and lead to concentration on developmental activities rather than election duties, the Commission said.

It recommended three options for synchronising elections, beginning with the Lok Sabha election of 2019. As a first option, elections to 12 state assemblies and one Union Territory (with legislature), could be synchronised with the elections to the House of the People in 2019. The remaining legislative assemblies could go to election at the end of 2021. The term of assemblies constituted in 2021 shall be only for 30 months or till June 2024, whichever is earlier. Thereafter, elections to the Lok Sabha and all assemblies and UTs (with legislatures) could be held together from 2024 onwards.

The second option envisaged was that once the elections to 12 states and one UT (with legislature) are synchronised with that of the Lok Sabha in 2019 and the remaining 16 states and one UT (with legislature) by the end of 2021, the elections will stand synchronised in a way that they are held only twice in five years. This cycle could be repeated in mid-2024 and at the end of 2026. This would result in elections only twice in a period of every five years. The third option stated that if it was not possible to conduct simultaneous elections, then at least all elections falling in one calendar year should be conducted together.

On a study of the international scenario, the Commission found that a system to ensure simultaneous election does exist in certain countries. In Germany, Bundestag (i.e. the Lower House) cannot simply remove the Chancellor with a vote of no-confidence, as the opponents must not only disagree with his governance but also agree on a replacement (“constructive vote of no-confidence”).

In the UK, the Parliament of West­minster introduced a fixed term by enacting the Fixed-term Parliaments Act, 2011, which provides a term of five years for general elections. The Act of 2011 specifies that early elections can be held only if a motion for it is agreed either by at least two-thirds of the whole House or without division; or if a motion of no-confidence is passed and no alternative government is confirmed by the Commons within 14 days thereof.

The Commission accordingly recommended that the concept of “constructive vote of no-confidence” may be adopted. Further, in the event of a hung House/ assembly, all efforts must be made by the president/governor, as the case may be, to instal a government that will enjoy the support of the House/assembly. This would give an opportunity to the largest party, along with its pre-poll or post-poll alliance(s). If, however, mid-term poll becomes inevitable, the duration of the House/assembly so constituted should be only for the remainder of the term.

Of course, nothing happened after all this homework. The Election Commission too had said that it would be ready to implement the scheme from 2019. But this has not happened.

The arguments in favour of holding simultaneous elections may be summarised as follows:

There are equally compelling reasons advanced by opponents against the proposition and have been advanced in various fora as follows:

Besides, a large number of amendments to laws, rules and regulations would need to be carried out, making the task very arduous, if not impossible, and open to challenge in the courts on ground of defilement of the doctrine of basic structure. Amendments to the Constitution would encompass Articles 83 (Duration of Houses), 85 (Dissolution of the Lok Sabha), 172 (Duration of state legislatures), 174 (Dissolution of state legislatures), 356 (Failure of constitutional machinery) and the Tenth Schedule (to ensure that all disqualification issues arising from defection are decided by the presiding officer within six months). Ratification of the amendments by not less than one-half of the state legislatures may also be required to be taken as a matter of abundant precaution.

Amendments to laws would inter alia require changes in the Representation of the People Act, 1951, such as Section 2 (adding a definition of “simultaneous elections”), and Sections 14 and 15 (Notification of general and assembly elections). The Rules of Procedure and Conduct of Business of the Lok Sabha and assemblies would need to be amended to replace “Motion of No-Confidence” with “Motion of Constructive Vote of No-Confidence”. Perhaps the biggest hurdle would be creation of a political consensus for simultaneous elections. This would require some states to agree to curtail the terms of their assemblies and forgo their regional identities.

In their addresses during the All-India Presiding Officers’ Conference, 2020, both President Ram Nath Kovind and Vice-President M Venkaiah Naidu recited mantras from the Rig Veda to draw attention to the desirability of meeting of minds among the three organs of the State. The President exhorted: “Talk and speak together: let your minds be all of one accord”, while Naidu said: “One and

the same be your resolve. United be the thoughts of all so that all may happily agree.”

Meeting of minds may be a good beginning in our pursuit of the goal of “One Nation, One Election”. But in order to take the idea to its fulfilment, we also need to move and act together in the spirit of the Kathopanishad: “Together may we Move. Together may we nourish ourselves.  Together may we perform. May we be filled with the brilliance of knowledge; may it not give rise to hostility due to lack of understanding.”

Also Read: Allahabad High Court: Anticipatory bail can be granted even after filing of chargesheet

Thus the realisation of the dream of One Nation, One Election will require not only the meeting of minds, but also a resolute determination to act together. This will materialise only in the unlikely condition of absence of the Opposition (“One Party”). The idea appears to be a bit utopian at present, like the fabled Ram Rajya. Who will win this battle royale between “desirability” and “feasibility” only time will tell.