The investigation discloses the internal mechanisms of a shadow financial world and offers a unique insight into the secret functions of a worldwide offshore economy that allows some of the world’s wealthy people to conceal their treasure, and in some cases, pay little or no tax. 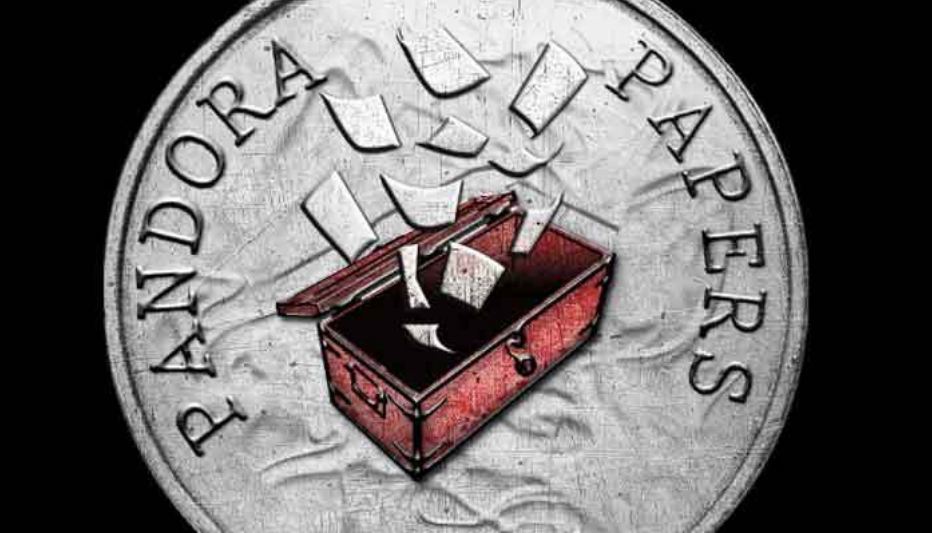 Alarming disclosures made by an association of journalists began vibrating beyond the underground world of the rich and influential almost instantly after the Pandora Papers were released worldwide on October 3, 2021. The Papers have come at a time when the rich-poor chasm across the globe has expanded with the Covid-19 pandemic acting as a promoter. The expose carries political weight even in nations where leaders are not habitually held answerable.

The venture was executed by the International Consortium of Investigative Journalists (ICIJ), the Organized Crime and Corruption Reporting Project, and media outlets. This comprises more than 600 journalists from 117 countries who conjointly investigated around 12 million documents from financial services establishments across the world to disclose a secret world of protected wealth. They have examined the documents leaked from 14 corporate service providers based in jurisdictions with high levels of financial secrecy.

To accelerate a global inquiry, the ICIJ gave distant access to the documents and papers to journalists in 117 countries, including reporters at The Washington Post, Le Monde, El País, Süddeutsche Zeitung, PBS Frontline, and the Australian Broadcasting Corporation. In the UK, the inquiry has been controlled by The Guardian and BBC Panorama.

The investigation unearthed the top-secret offshore dealings of 35 world leaders, containing present and past presidents, prime ministers and heads of state. The probe threw light on the secret finances of over 330 other public officers, such as government ministers, judges, mayors and military generals in more than 90 countries. Over 100 billionaires feature in the uncovered data, as well as superstars, rock stars and business leaders. That makes it bigger in capacity than both the Panama Papers (2016) and Paradise Papers (2017), two preceding offshore revelations.

Many utilise shell companies to possess lavish items, such as property and yachts, as well as secret bank accounts. There is even art, ranging from burgled Cambodian ancient items to paintings by Picasso and murals by Banksy. The Pandora Papers disclose the internal mechanisms of what is a shadow financial world, offering a unique insight into the secret functions of worldwide offshore economy that allows some of the world’s wealthy people to conceal their treasure, and in some cases, pay little or no tax.

After the similar Panama Papers came out, many nations launched fiscal restructurings targeted at unlawful wealth and introduced stringent punishments and fines for the lawbreakers. Paradoxically, like terrorism, “offshore financial centres” (shell companies) and “tax havens” do not have a universally recognised definition. They are labelled as a system or location where non-residents are permitted to park money without having to show their complete individuality or the source of the funds.

The money or capital shifted to such tax havens is the outcome of some transactions that may or may not be lawful. Many of those whose names are visible in these lists have claimed that they have not committed any unlawful action and aren’t culpable of any offence. There are genuine business agreements where funds are created via customary business transactions and are acknowledged. Such funds do not become illegitimate in the hands of the receiver. However, the moment it leaves the nation of origin, it amounts to an evasion of tax. Invariably, laws permit avoidance of tax, but an evasion of tax becomes a crime. Another basis of wealth is earnings that are incomes of crime, drug money, terror funding, prohibited transactions, or income originated out of activities clearly stated as illegal. Such wealth should not have been there in the first place.

Furthermore, illegal funds, the offshore deposits, also embrace profit transferring by multinational companies from higher tax jurisdictions to lower tax destinations. Such funds also are said to contain bribe money and amounts collected through tax misuse projects. While such earnings deprive a nation of tax revenue, they generally discover their path back into the economies through stock trading, FDI and investments in high, interest-bearing instruments. The complex web of offshore trusts, banks and financial institutions are employed by super-rich business tycoons, transcontinental establishments and dishonest politicians to park their fraudulent assets. Because of their political influence and power equations with the ruling leaders, it becomes very difficult to probe these people and punish them.

Remarkably, the Pandora Papers have uncovered that many states in the US have developed as the most preferred terminuses for hoarding illegal assets. Besides tempting new customers, these states are said to have gained from the amounts transferred out of present tax havens like the Bahamas and the Cayman Islands. It should be a subject of distinct interest for President Joe Biden who had assured to bring transparency to the international financial structure. The G20, EU and the OECD discussed the concerns raised by the Panama Papers and even planned to blacklist defaulting nations. However, the question which is yet to be answered is—“will the new blacklist include these US states?”

Typically, there will be severe alerts and pious resolutions to attack defaulters. This has happened in previous exposes too. There will be appeals for better international teamwork and information sharing and communicating. Banking and financial regulations will also be made stricter.

Earlier after the Panama Papers fiasco, the government of India took numerous remedial steps to set things right. The Black Money (Undisclosed Foreign Income and Assets) and Imposition of Tax Act, 2015, offered the government adequate support to trace and punish tax criminals who had hidden their wealth outside India. This regulation empowered the government to discover unrevealed income of about Rs 11,000 crore disclosed by the ICIJ and undisclosed assets of about Rs 20,000 crore as informed by the Panama Papers and about Rs 246 crore mentioned in the Paradise Papers leaks.

The black money rule also modified the Prevention of Money Laundering Act, 2002, and made it a Scheduled Offence to hide overseas assets and earnings and evade tax. Additionally, the government as per the Double Taxation Avoidance Agreements, Tax Information Exchange Agreements, and other joint agreements, enhanced its involvement with other nations to collect and examine information collected. The Benami Transactions (Prohibition) Act, 1988, was amended in 2011 and 2016 with more rigorous provisions.

Regardless of such vigorous efforts, many loopholes are present in the legislation or statutes. For instance, a transfer of property to a family member of the transferor has not been considered a benami transfer as per the Benami Transactions (Prohibition) Act. This could be the cause for some of the names visible in the Panama Papers as well as the Pandora Papers.

Continuous leaks like Pandora Papers underline the point that strict regulations and disciplinary actions alone do not discourage repeat crooks from indulging in fiscal jugglery. The government will have to introduce novel or out-of-the-box ideas, such as radical reduction in income tax slabs and corporate taxation and enable easy and trouble-free reinvestment of profit in business. Such schemes may inspire capital formation and stop capital flight.

The Pandora Papers have raised various questions, such as even if the wealth has been salted away lawfully, does it signal a flight of capital? Are our high net worth individuals transferring substantial assets abroad? What is their apprehension? Do they feel their wealth is not safe in India? If India opened up its capital account fully, will we witness an enormous flight of capital? These questions need serious introspection. The government of India needs to handle such questions prudently.