Despite the industrial indices’ snail-like pace, much tom-tommed in the media, the central excise chunk from every litre of petrol, diesel, CNG and LPG has not stopped growing, Happy Diwali, but watch the fuel gauge and go easy on the pedal! 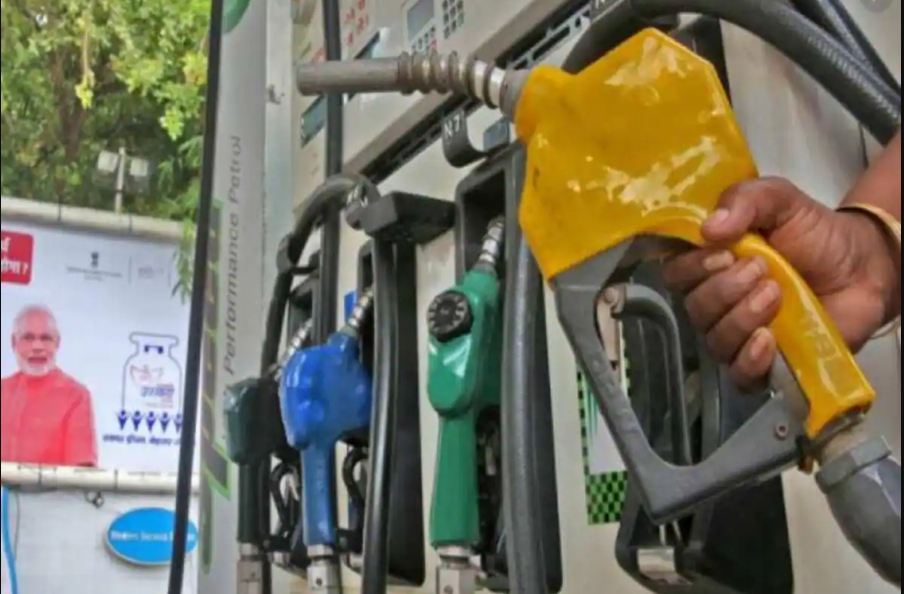 On Dhanteras day, the price of petrol in Noida was over Rs 111 but it was way higher in other parts of India with Madhya Pradesh touching Rs 120 per litre. All over the country, wealth is going one way, and that is away from the wallets of the middle class. However, many diyas and LED serial lights still decorate the condominiums these people inhabit. Savings spiral downwards and credit card dues ascend, while the inelastic nature of fuel keeps consumers fuming in silence before a quick-to-take-offence establishment.

One aspect of this increase in fuel prices near-daily has been that people are going easy on the pedal and discovering surprising mileage-stretching possibilities. The campaign to reduce pollution in Delhi by turning engines off at traffic lights has also gained ardent followers. Meme-makers pour out their frustration by morphing shampoo sachets into petrol pouches, and others have images of men in Covid-warrior overalls using droppers to relay petrol in drops into their motorcycle fuel tanks. Just because boond boond mein vishwas.

With reports rah-rahing government data pointing to increasing indices of industrial growth, some in percentage points otherwise negligible in real terms, the muddle class take their revenge on social media and then delete it double-quick after realising that big brother has eyes and also Pegasus, the Israeli spyware.

Despite the industrial indices’ snail-like pace, much tom-tommed in the media, the central excise chunk from every litre of petrol, diesel, CNG and LPG has not stopped growing. The last hike in commercial LPG has cylinders costing upwards of Rs 2,000 in Delhi. It is but basic economic sense that when prices of fuel rise, especially for commercial eateries, then everyone has to foot the extra hike. The man who sells pakoras, to recall a famous quote, would now need to spend more for the LPG cylinder; it was another matter that both the atta and the cooking oil prices were already on the escalator. With vegetables also joining the queue, pakoras are a fancy not many would choose to spend on when the staples themselves are showing ambition.

This is not to say things are looking bad for everyone. A luxury German automobile brand proudly announced its West Delhi showroom on the weekend. SMS-es beseech you to add a Mercedes (not the brand mentioned above) to your single-car fleet for just some Rs 60k on EMI. Yeah, right!

In the midst of all this negativity come the shocking losses in cricket. The world-humbling team is being hounded on social media. Two losses, one to the arch rival, the other to some republic of sheep, perennial tournament bridesmaids, have given bedsores and ulcers to every cricket follower, which is basically everyone.

The metta is lost in the Meta conversations as people get utterly crass and personal, imagining bribes, matches thrown and sly deals, and call for the team’s head. Some execrable soul has already achieved notice with his assault threats against the infant child of Virat Kohli, who said what had to be said in defence of a Muslim teammate, deep fried on social media for an unfortunate over.

If this level of crassness is not en­ough, linguistic differences popped up again over the selection of India’s Oscar entry. Why Koozhangal, a Tamil film, should go when the slickly made Sardar Udham didn’t? Some so­cial media professors took it upon themselves to explain to the lot that Sardar Udham would send a wrong message when India is seeking to attract the British to invest. Meanwhile, the UK’s prime minister Boris Johnson has an even tougher job to get Indian businesses to invest in a post-Brexit goulash that has left his country mired in self-doubt and below-par growth.

As temperatures dip in the north in their descent into winter, the previous government’s MGNREGA made it to the front pages. Some reports noted lack of government funds for such projects, which have been finessed by the NDA into expert outreaches into the rural hin­terland. Some reports noted that com­plaints were coming in of favouri­tism, claiming that only Scheduled Castes/ Scheduled Tribes workers in MGNREGA projects were getting their stipend much ahead of others.

So with Diwali here, the best option, suggests social media, to double your money and mine would seem to be to invest in a good tanker that can hold lots of petrol and sell it some 15 days later. If one has sources close to the government, even better, as you can get to sell it before election talk brings fuel prices down. Be warned, cutting fuel prices is a salve that has worked before to soothe people’s loss of faith and confidence in governments at the last mo­ment, as have surgical strikes or rank communal polarisation.

All in all, Happy Diwali 2021, greetings and prayers to Goddess Lakshmi, for only her benevolence can help pull us through the rest of the year.