The Court holding the PMLA’s provisions constitutional will mean that the ED becomes a super agency like NKVD/cheka of Soviet yore. Rights can wait as muscular enthusiasm to search, seize and attach properties goes on 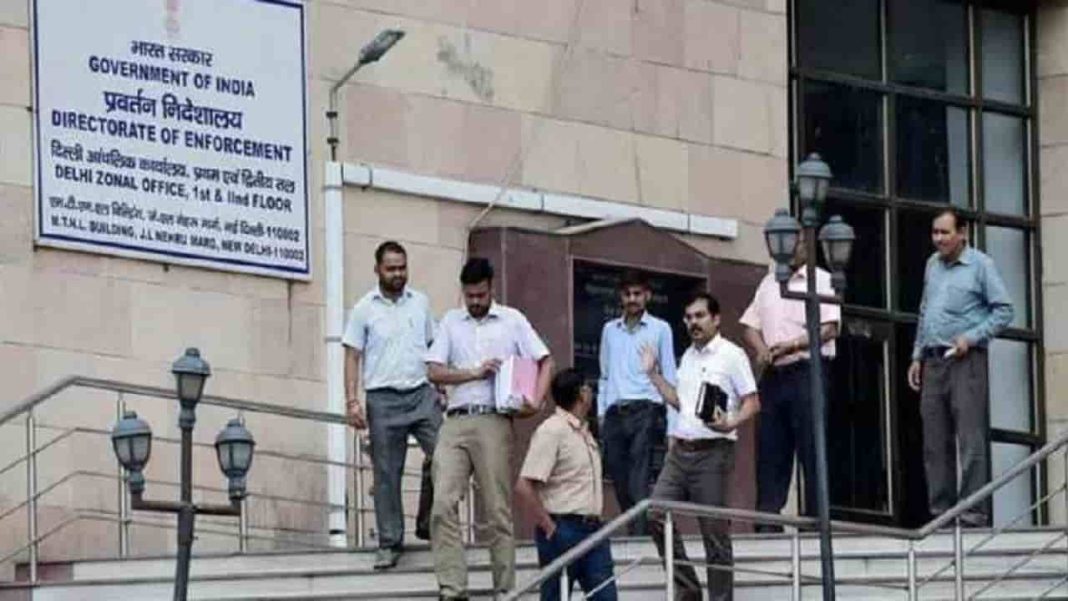 In May 2022, the Supreme Court of India advised the police and courts to put in abeyance Section 124A of the Indian Penal Code, which deals with the offence of sedition, a colonial era law used against freedom fighters, whose success 75 years ago we will revel in soon, with flags in nearly every home.

The necessity of reading down Section 124A was because it was being used with punctilious regularity against critics of the central government. Though the Supreme Court had said the people held under the law can move for bail, many are still behind bars, unable to enjoy their liberty.

Liberty is the much treasured value for which the freedom struggle was waged. To be free from the yoke of foreign rule, to be governed by one’s own people after the exercise of adult suffrage and to be free, just for the sake of it. Freedom here also includes the right to disagree, but that is something of a token virtue now, touted out to foreign human rights bodies when they point fingers at rights violations in the country. Let us not forget the use of bulldozers against the homes of those accused of being part of communal riots. They were listed and their houses razed before the justice system got to know of their offence. Forget adjudicating it.

There are other measures to crush dissent such as the Unlawful Activities Prevention Act and the defunct POTA and TADA. The recent entrant into this hall of fame is the Prevention of Money Laundering Act (PMLA) 2002, especially after the recent judgment in the Vijay Madanlal Choudhary and others vs the Union of India case. Imposing name, like that of Vijay Dinanath Chauhan in the film Agneepath.

The Supreme Court bench of Justices AM Khanwilkar, Dinesh Maheshwari and CT Ravikumar has left the Enforcement Directorate (ED) with the blank cheque it already had, not only imposing no new fetters, but saying it was constitutionally correct. It overruled the objections of many petitioners seeking due process and praying for checks on the ED’s muscular enthusiasm to search, seize and attach properties simply on suspicion.

Whither liberty, whither due process, whither equal rights and the killer stake of burden of proof? If you stand accused of money laundering, for instance, but are not yet convicted after due trial, or even if you are only holding onto money someone gave you to keep for a bit, you better have the proof to prove your innocence. No proof, no bail, the jail is home, your own home is attached, which means sealed, your bank accounts frozen (your child’s first savings account too, God knows if you have hidden heaps of currency in that new account), your family cooped up with relatives and your kin worried sick that they will be hauled up next. Some 21st century McCarthyism, this.

By upholding the constitutional validity of the amendments to the PMLA post 2015, the Supreme Court put its stamp of approval on the powers of the ED for arrest, search, attachment and seizure, ostensibly in the effort to crack down on money laundering offences.

The ED came into being in 1956 and has stayed busy with its mandated work ever since. It is in the recent past that its overreach hit the headlines. So much so that one is reminded of a scene from Sholay—imagine criminals and the Opposition benches going to sleep sooner, lest the ED comes by to search, seize and attach.

The difference between the ED and the police can be illuminated with this analogy. The police wave motorists down if driving drunk or too fast, which means they have reason to do so and you are well aware of why you are being hauled up. In criminal cases, the police get to search your house on a warrant. Though the bench said the ED is not the police, they can search your house just like the police, usually on a tip-off from God knows who, wielding an unknown axe that he has to grind against you. And as they are not the police, they don’t need to register an FIR, which would list your crimes or at least the suspicion that you have committed such crimes and have broken the law. The police will also give you a copy of the FIR for you to seek legal recourse. But after this judgment, you won’t even know what you are accused of. The bench did not find it important to mandate that an Enforcement Case Report be registered, thus keeping the person accused from accessing it. So, you don’t know what you are accused of, but still you will be searched, properties seized and attached until the trial concludes.

Trials take time in India. Various judges have bemoaned this at multiple forums. Tsk, tsk. If you don’t want to stay in the squalid cell, you will need to get bail. For bail, the court should be satisfied there are reasonable grounds to believe the person accused is not guilty of the offence they are said to have committed and that the person won’t do the same offence when out on bail. Someone has to believe that you are not guilty of that offence. When due process as envisaged in the Code of Criminal Procedure 1973 (which the PMLA amendments stampede over), has been replaced by the judge’s ability to have an iota of faith or more in you, will the Armani suits help or will the shining Guccis do the deed? Let’s hope they do.

In films or TV series of courts, there is a prosecution out to prove the accused guilty and his lawyer sweating to get him off the charge and free. But in this game of dice loaded in favour of the State, the accused has to prove that he is innocent. If this knock-out punch doesn’t convince you about the bout you are in is against Muhammad Ali + Mike Tyson in their prime, then sab changa si!

For those who didn’t know, money laundering is the act of making unaccounted for money (black money) legal (white). For money to be black or grey or pink, it must be proceeds from a crime, from simple tax evasion or from cheating or from some serious fraud. As The Quint noted, while the scheduled offence (the actual crime) and its accused get protection under the CrPC, for the secondary crime of money laundering the accused gets no protection under PMLA. In other words, the actual crime gets protection and the prosecution has to prove the offence, but under PMLA, the accused has to prove he is innocent. Justice is surely blind and deaf to boot.

One must wonder why the ED grills people so long. Two days for Sonia Gandhi and similarly for Rahul Gandhi? Here’s one plausible reason why: The grilling could be for taking statements from the person summoned under the PMLA who doesn’t know if he has been summoned as a witness or is the de facto accused. Of course, a large amount of time is sure to go into correcting what is being recorded (hat tip, Aakar Patel) since it is admissible evidence, as per PMLA, unlike statements given to the police which are inadmissible as they could have been taken after threats and what-not. Police can err, but ED is a tame house cat.

The side-effect of the judgment is that if a person’s statement opens him up to self-incrimination, it goes against Article 20 of the Constitution, which, as reported in The Quint, protects an Indian citizen against self-incrimination. This is like digging one’s own grave with strikethroughs and commas under the stare of accusatory officers. Sounds like, everything you say can and will be held against you?

The order has come in for heavy criticism from the Opposition, some of whom, including the leaders previously named, are in the ED’s crosshairs. The Opposition will move against the order, said CPI(M) general secretary Sitaram Yechury at a press conference. Yechury noted that Justice Khanwilkar (now retired) was the same judge whose order last month in a Zakia Jafri appeal led to the incarceration of activist Teesta Setalvad and former Gujarat DGP RB Sreekumar for fabricating evidence on the 2002 Gujarat riots. The Opposition put out a joint statement with the signatures of MPs from 17 parties against the PMLA judgment and called for its review.

The judgment’s only silver lining has been to question whether due thought has been applied to amendments rushed through Parliament via the money bill route, for which no discussion is necessary. The Court left it to a constitutional bench to decide on the legitimacy of the money bill route, which has been used to squelch discussion among MPs. Several laws have taken this bullet train ride, including the Aadhaar legislations.

The judiciary is overworked and unlike the millions of cases of bouncing cheques, it can’t duck the PMLA curveballs. Buddha said life is suffering and showed the Middle Path, and many learned judges have concurred: the process is the punishment.