The return of protectionism

This will emerge as the new reality and the global village concept, at least as far as trade goes, may have reached its “use by” date. Protectionism won’t be an evil word anymore. 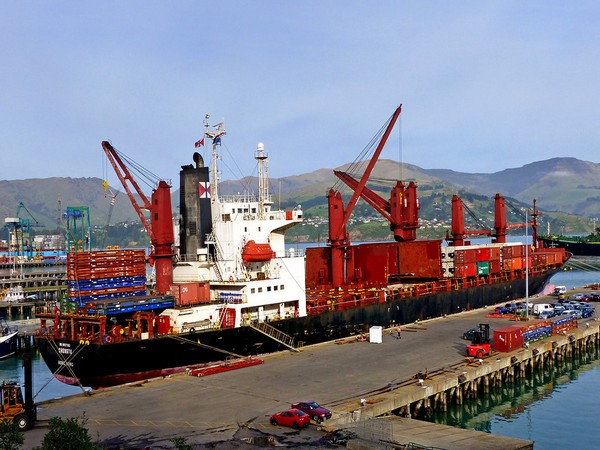 Displaying a proactive and aggressive stance, the Union government has imposed a stiff anti-dumping duty on the imports of Polyethylene Terephthalate (PET Resin) originating in or exported from China. This may sound no more than an addition to the ongoing trade and tariff war that India has purportedly waged against China, but there is a bigger picture in the backdrop of this.

This move was initiated through an application led by IVL Dhunseri Petrochem Industries Private Limited and Reliance Industries, two of the largest Indian manufacturers of PET. On the basis of this application the Directorate General of Trade Remedies (DGTR) had recommended an anti-dumping duty of $15.54 to $ 200.66 per metric tonne of the imported product for five years. This recommendation had come in December last, after a year-long investigation into the damage that such unnaturally priced imports were doing to the domestic industry. The duty is now official. The duty ranges from $ 16.92 to $ 200.66 per MT, depending on quality, and is higher than the recommended levels.

The PET is used to make bottles and jars for mineral water, carbonated soft drinks and pharmaceutical products etc. This is critical for India, and should have remained an Indian venture specific raw material.  But Chinese dumping had created a massive disadvantage for leading Indian companies in this area. Dhunseri and Reliance account for 91% of the market. The manufacturers said that the imports had negatively affected the business prospects of the two manufacturing giants, though there has been a range of market intelligence which said that the effect had barely been to an extent which could have required this harsh step. Overall, though, it actually fell in line with the current sentiment of the Indian government.

While this news was cheered on by a senior official of Dhunseri, the backdrop of such developments is pretty interesting, suggesting a drastic change in the way international trade could happen, post the pandemic.

The issue of the return of accelerated protectionism in world trade cannot be overlooked. The COVID-19 pandemic pushed global GDP down to 2.9% in 2019 and the OECD expected it to “remain stuck at 3%” for 2020 (which, as it turned out, was actually the upper level of expectation) and 2021. This means that political imperatives – such as the delay in reversal of the Donald Trump era virtual “sanctions” on imports from China and a clearly defined America-first approach that needs to be maintained in the Biden era – will have the upper hand.

For India, the Chinese misadventure in Galwan apart, it does suit the Narerndra Modi dispensation that cheap Chinese products be kept off the import list in an effort to boost the country’s Atmanirbhar abhiyaan. Economists may have a word or three to say against this, but a plateful of rice on the table is politically worth a million-dollar international trade deal. This will emerge as the new reality and the global village concept, at least as far as trade goes, may have reached its “use by” date. Protectionism won’t be an evil word anymore.

As usual, the US has been the leader in this. The WTO recently criticised America for imposing levies on more than $ 200 billion of Chinese goods as the so-called “trade war” with China intensified. The American response was bile, in a maple syrup punch. US trade representative Robert Lighthizer said the WTO was “completely inadequate.” This was more than just a pithy comment; it was a full-bodied political statement that probably was a precursor of things to come. But can world trade be retrograde? Can we turn the clock back on industry and technology decentralisation? It cannot be that all things important will henceforth be invented and developed in America, and all things unimportant be carried out through the laughable “technical” concept of jugaad in India. That will kill innovation and the progress of society.

Mark Blayney Stuart, writing in a publication of the Institute of Chartered Accountants in England and Wales, states: “The World Economic Forum does not pull its punches, arguing that tariffs (the most common form of protectionism) reduce productivity and output, increase unemployment and raise inequality. ‘These effects are robustly and statistically significant,’ the WEF says, ‘and are large enough in an economic sense to merit the attention of policymakers.’ The pros of protectionism are largely temporary: creating jobs and buying time to develop competitive advantage being perhaps the most significant.”

In a world where every government wants to flex muscles of confidence in the face of the devastation that the pandemic has caused, it becomes irrelevant whether these are temporary. But how will protectionism benefit anybody anyway? That is the good thought that needs to be looked deep into and redeveloped, as the General Agreement on Tariffs and Trade (GATT) is thoroughly upholstered with such force majeure issues incorporated. Covid has made sure that the entire GATT scripture is rewritten for a new era. Political ill-will can kill youthful imagination, because however you dare to imagine the world, there will always be borders, there will always be the “mine” and “ours” versus the “theirs”. There will always exist democratic imperatives in a “fair” world that will subvert undemocratic hunger in “unfair” dispensations.

One has to remember that the unifying currency of oil is fast going out of fashion. In the end, that loaf of bread on the table will be all that is left to break in a home.