PSUs: Whose Wealth Is It Anyway? 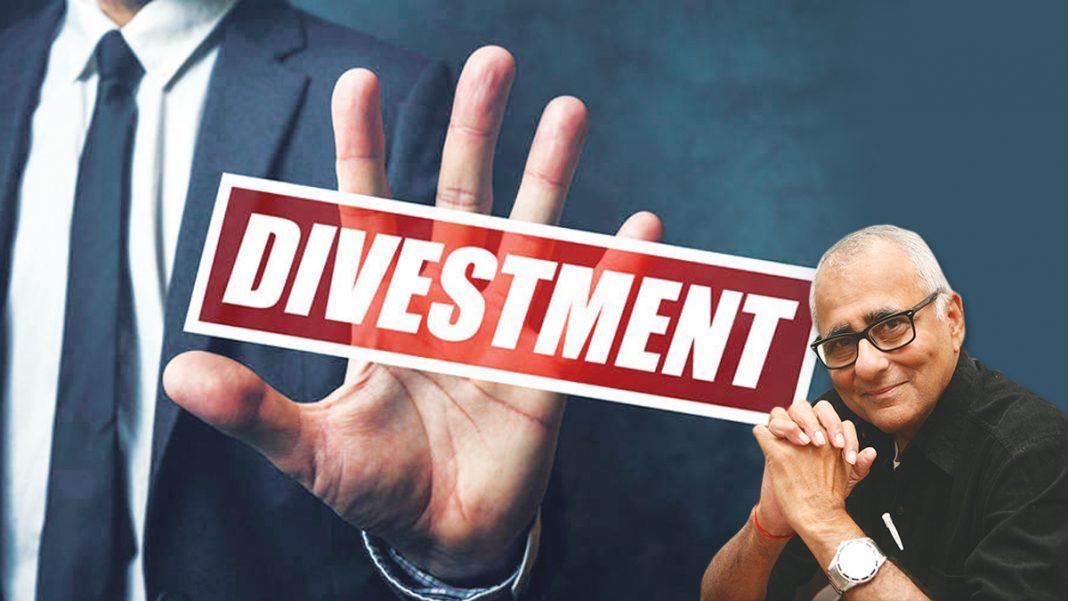 Whoever said that Indian elections focus on sentiments and prejudices rather than substantive national issues, got it wrong—well, at least as far as the current spate of state polls, particularly in West Bengal, seem to indicate.

Apart from the usual concerns about religious polarisation, anti-incumbency, party hopping, a major focus is on a national debate on privatisation and disinvestment whereby state-run enterprises are to be gradually dismantled.

The Modi government has been upfront and transparent on these schemes. Last week, Modi’s policymakers asked all their senior apparatchiks to identify government controlled and operated concerns which should be hived off for various percentages of “nijikaran” or privatisation.

This has created an uproar in all opposition parties. The debate is not new to India. The private vs public sector controversy has been raging since Prime Minister Nehru’s era, well into Mrs Gandhi’s regime when nationalisation a-la-Mahalanobis was ideologically identified with nationalism much to the disgust of liberal economists who equated this phenomenon with statism and the stifling of the creative spirit and energies of private entrepreneurship.

Economists like Arun Shourie championed the cause of allowing state-run loss-making behemoths to go into the management of free thinking industrial innovators. This was the post-Thatcher-Reagan world supported by the theories of philosopher-writers like Ayn Rand and her expostulation of what Modi now calls his atmanirbhar doctrine.

There was a tectonic shift in thinking after the Lehmann Brothers crisis and the disastrous collapse of the world economy starting in 2008. World leaders and their public policy advisors now advocated tighter government controls, more public sector expansion, and increased government spending and fiscal stimulus packages to stimulate spending and demand and employment, notwithstanding deficits.

Despite the shocks to the Indian economy, massive decline in GDP, following demonetisation, GST taxes, and the Coronavirus debacle, Modi has persisted in his belief in controlling government spending and monetising the government’s purses through selling of Public Sector Undertakings (PSUs).

The policy has not demonstrated any substantial gains or the amelioration of the public’s welfare. The political backlash it has created for Modi is the negative sentiment that the accelerated privatisation drive is benefiting pro-party crony capitalism and driving out competition. This concern is now occupying the national space.

Before this matter began to gain widespread public attention, I called attention to it two years ago in an article for India Legal which I will use below as a point of reference as well as a view.

I wrote then that amidst all the euphoria on the slicing up of the state of Jammu and Kashmir and the emasculation of Article 370 of the Indian Constitution which most Indians seem to celebrate yet few understand, there are other numbers lurking in the background, competing for attention with 3-7-0. One of these is 5.8.

This is the number which now describes the slowdown blues of the Indian economy, where India’s current GDP has tanked to 5.8 percent.

Today it is in minus figures! This lowest growth statistic in the last five years denied India the pride of place of being touted as among the fastest growing economies of the world. Jammu and Kashmir was not the only national entity being sliced up. Part of the phenomenon of the declining Indian growth story which has been eclipsed by opulent displays of hyper nationalism and muscle flexing is the slicing up of India’s public sector which has been an indispensable part of the nation’s growth story over the last 70 years.

When the Indian nation was born, not even a needle was being manufactured indigenously. Today, the country manufactures everything, from microchips to rockets that can knock satellites in deep space. And much of this real muscle—the kind that gives you internal strength and vitality and employment, rather than the ones we flex against nasty neighbours—came from the public sector—railroads, steel, oil, natural gas, cement, telephony, nuclear wherewithal, airlines, airports, large and small armaments and heavy electricals.

No matter how badly the public sector was battered ideologically, and for good reason, for its lethargy and inefficiency, it has been the spine of manufacturing and extraction of raw materials and job creation for the onward march of the Indian economy for the last 70 years.

Today, giants like Indian Oil Corporation, Oil and Natural Gas Corporation Limited, even Indian Ordnance Factories are facing evisceration. The steady shrinkage of this sector started not with the present government but about 15 years ago when diluting public shares in the public sector became an easy way out for broke governments to tide over economic difficulties. Public sector giants which laid the foundation for economic reconstruction are now being squeezed quietly, mostly through a supra-governmental body—Group of Ministers (GoM)—which functions independently of parliamentary or cabinet approval.

Virtually shielded from public scrutiny, the GoM goes virtually unchecked as it decapitates the public sector. Disinvestment was a policy of selective action by the Congress and Manmohan Singh government, but it has accelerated by leaps and bounds. Between 2009 and 2014, about one thousand lakh crore rupees were disinvested from this sector.

During Prime Minister Modi’s regime, this figure rose to nearly three thousand lakh crore rupees and is expected to accelerate in the next five years.

In 2006, for example, the Indian Oil Corporation owned 82 percent of the company. During the Manmohan Singh years, this figure came down to 68 percent. Modi brought it down to 52.18 percent. The major advantage has gone to private gas companies. Similarly, six airport operating and maintenance contracts have gone to single private companies, even against the advice of NITI Aayog. And all these airports were at a profit. It is understandable to hive off unprofitable chunks of PSUs to private parties at below-market prices in the hope that they can be turned around. But can there be any justification for farming out profit-making airports, or putting the squeeze on electricity transmission projects and inventive companies like BSNL to favour private players?

Previous governments had set a Laxman Rekha of 40 percent, below which disinvestment should not go. Sources point out that the new government is likely to allow dilution to 24 percent. This is all public money and public land. According to statistics, large PSUs hold about thousands and thousands of acres as part of their assets. Land is scarce today. Should the government be allowed to part with this land for a song?

The argument that many PSUs were white elephants and bureaucracy-ridden had a certain validity. But what assurance is there that private interests will run them more efficiently or profitably given the performance of private airlines and the hotshot corporate titans who have fled the country after fleecing it, or the debt-ridden Mumbai-based tycoons responsible for the run on public sector banks?

Many of the arguments and figures cited above came from an obscure digital channel The Public run by political analyst Anand Vardhan Singh in an interview with Magsaysay awardee Prof Sandeep Pandey. Pandey has brought another disturbing fact to light, something not yet discussed in the mainstream media: Indian Ordnance which manufactures most of the armed forces’ weapons and ammunition is now being privatised despite opposition from the Parliament Standing Committee. Indian Ordnance now runs 44 companies occupying over 20,000 acres of land with 82,000 employees.

Is it good public policy to privatise, at throwaway prices, defence installations? Much of these activities are being done on command, or with instructions that go out of NITI Aayog, Pandey says, and the Opposition is too tame, too weak, even to ask questions. The mainstream media, meanwhile, is obsessed with the bread and circus displays of politics, elections, and crass border brinkmanship.