Rape Laws: When No Means No

India is considered the worst country for women due to sexual violence. Women are often seen as chattel and raped. In some nations, violence is needed for the crime to be seen as rape. Only a change of mindset can tackle this horrendous crime. 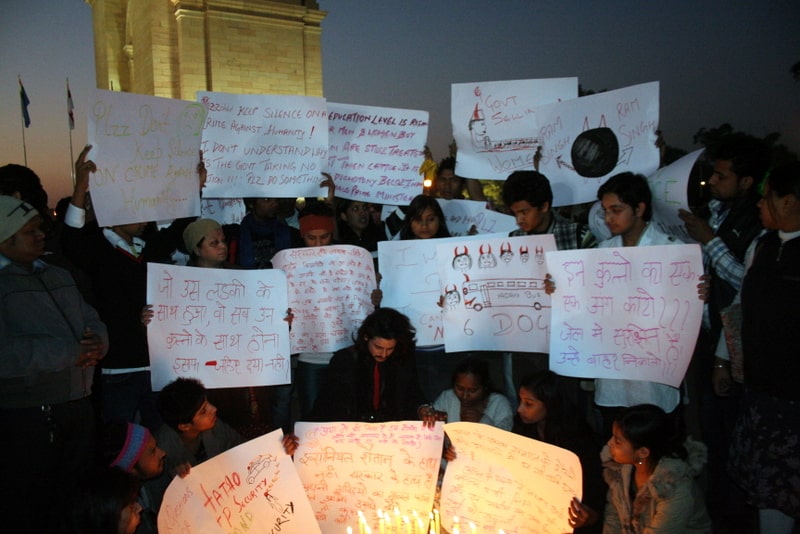 Guess the places where these occurred:

B: Every 16 minutes a woman is raped here.

C: The highest prevalence rate of physical and sexual violence against women in Europe.

Answers: A is Europe, B is India, C is Denmark, and D is South Africa

The issue here is about consent. Consensual sex requires consent. Intercourse without consent tantamounts to rape. This is fairly straightforward. This basic aspect appears to have been overlooked the world over.

Spanish judges in 2018 had cleared five men (“the wolf pack”) of gangraping a teenager because they did not see any resistance from her. She said she froze in terror, but the judge did not accept this. Spontaneous protests by women broke out across Spain, with many saying they believed her, and they were her wolf pack. Spain had seen nothing like it, and within months, the government agreed to amend the laws, and the wolf pack was found guilty of rape and sentenced to 14 years in prison.

Until this point in Spain, violence or intimidation was needed for it to be classified as rape. The same goes for 22 countries in Europe. Only nine countries call lack of consent rape. Poland has no marital rape law, and the sentence is approximately two years for convicted rapists. India too has no such law.

Spain has come a long way after dictator General Franco’s death in 1975. During his time, women needed their husband’s permission to own a bank account, work or own property. They have made much progress since then, but worryingly, this could be short-lived as the anti-abortion mysoginistic party Vox is gaining ground with much success in Catalonia. Part of their agenda is to abolish the law that protects against gender violence.

In 2013, a UN survey found that nearly a quarter of the 10,000 men questioned in six Asia-Pacific countries, including India, admitted to having raped a female partner. The reason stems from the notion of women being chattel or property, and hence, they feel they are entitled to sex without their partner’s consent. The majority of these men experienced no legal consequences.

India is now considered the worst country for women due to sexual violence. This is not a title to be proud of, and the country is keen to shake it off. The Nirbhaya gang-rape case was central in the campaign for women’s rights. This young student was gang-raped and sexually tortured in Delhi, and later died of her injuries. Public anger forced the Congress-led UPA government to appoint a three-member commission headed by Justice JS Verma to suggest remedies to combat sexual violence. One of its recommendations was to criminalise marital rape, a suggestion that subsequent governments ignored. The Criminal Law (Amendment) Act in 2013 did, however, widen the scope of rape and made the punishment more stringent.

Some recent shocking rape cases in India include the Hathras gangrape and murder in September 2020 when a 19-year-old woman dragged to a field, gangraped and brutally assaulted by four upper caste men while her family members were working. In Odisha, a 22-year-old man was arrested for allegedly raping his three-year-old niece after luring her with sweets. The 2018 Kathua case too sent shock waves across the world when a priest devised a plan to rape a young, Muslim girl who had gone to graze her horses. She was from the nomadic Bakarwal community, and her father filed an FIR when the horses returned without her. She has been kidnapped, kept in the temple drugged, raped by multiple men over five days and finally strangled and hit on the head with a stone. Swabs from the little girl have proven this, and now seven of the accused, including four policemen, have been convicted and are serving prison sentences.

The list goes on and on and is too depressing to belabour the point. Suffice to say that things have hit rock-bottom and a statistic that sexual violence has gone up 500% in the last ten years in India further serves to highlight the tragedy.

In the Indian Penal Code (IPC), 1860, the offence of rape is covered from Sections 375 to Section 377, and sets out the conditions of what goes against her will, against her consent, if she is of unsound mind or if she has been drugged. Also, consent means a woman’s unequivocal voluntary agreement by words, gestures or any form of verbal or non-verbal communication, communicating a willingness to participate in sexual acts. All good–on paper.

Punishment for committing rape means a jail term of ten years to life, and a fine. Recently, comments by the Nagpur bench of the Bombay High Court said that holding a minor child’s hands and the act of a man unzipping his pants in front of her will not come under the ambit of “sexual assault” as defined by the Protection of Children from Sexual Offences (POCSO) Act, 2012. The order was given by Justice Pushpa Ganediwala, the same judge who had previously said that there must be “skin-to-skin contact” with sexual intent, and mere groping a 12-year-olds’ breasts is not sufficient for a crime to be noted under Section 7 of the POCSO Act.

There is much to be done. In 2013, the government decided to raise the age of consent—from 16 to 18 years. So now, a girl below 18 is a victim of statutory rape even if she and her boyfriend are in a consensual relationship. An investigation by a mainstream paper found that of 600 court judgements in Delhi, 40% dealt with consenting couples where the girl was a minor and her parents had accused her boyfriend of rape.

Contrast this with Section 375 of the IPC, which says that a husband can legally have sexual intercourse with his own wife so long as she is not under 16 years of age (13 in Manipur!). The Delhi High Court refused to entertain a public interest litigation challenging this provision in 2015. In addition, there was a recent case of the chief justice of India asking a government employee and rapist if he would consider marrying his school-going victim. This sent shock waves across the country and the world and demands that he step down.

Outside India, there have been positive signs in this regard: Greece, Iceland, and Sweden have changed their rape laws in the last two years. The burden of proof is not on the victim and has shifted on the perpetrator to explain how it was not rape. Denmark, Spain and Finland are thinking of changing their laws.

The UN has called on all countries to define rape as lack of consent and not based on the use of force. The Istanbul Convention 2014 was designed to protect women from violence. It says countries which do not have a consent-based rape law are going against international law.

We need more organisations that support survivors. When a man tried to rape one Usha Vishwakarma in Uttar Pradesh, she decided to fight back by setting up self-defence classes for women and girls. At first, people accused her of being a sex worker. But now she runs an award-winning organisation, Red Bus, and has won the community’s respect.

We need to change our mindset: instead of just teaching girls not to get raped, we need to teach boys not to rape! Women need psychological and emotional support to report their perpetrators, and to navigate a legal system that is invasive and impersonal, callous even. Women are made to relive the trauma and undergo forensic examinations.

South Africa, which has 40,000 rapes reported each year, has now established care centres to support women. Still, 90% of rapes don’t get convicted, so there are new sexual offences courts where the testifying is done by video link. These are resulting in more convictions, and greater satisfaction among survivors who feel safer testifying. There are 95 such courts with plans to open more. India should consider something similar.

We also need initiatives to reduce the inherent misogyny in these societies, including our own. We need 50% of every profession to be women, including in Parliament, offices, police, everywhere. Women need women role models — and not just a few. We need exactly half of everything to be populated by women.

However, this ideal scenario does not take into account the biases against women and hiring them. Until the sex ratio is natural in India, society will continue to maintain the idea that women are chattel and hence, the lesser of the two sexes.

—The author is a barrister-at-law, Honourable Society of Lincoln’s Inn, UK, and a leading advocate in Chennai
(With research assistance from Jumanah Kader)