In an effort to clean up the IPO pricing method and bidding, the regulator will bring in monumental changes in its issuance. Present rules will be eased to help the economy and corporate. 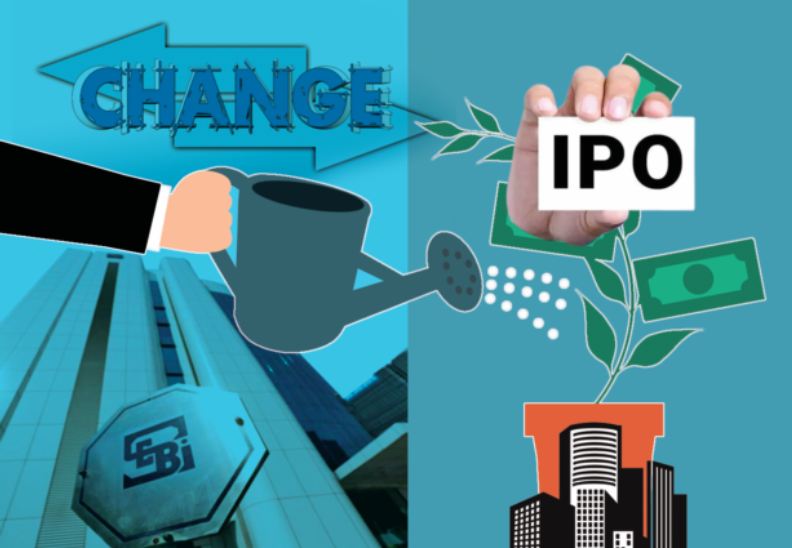 After noticing numerous flaws in the IPO pricing method, the Securities and Exchange Board of India (SEBI) set up a specialist panel to finetune it. Up to now, Rs 42,000 crore has been raised through 28 IPOs. It is just a matter of time when the tally beats the 2017 level of Rs 67,147 crore. Coincidently, the discussion over IPO pricing is arising in a year that has seen the highest fund mobilisation through IPOs.

The panel will scrutinise the shortcomings of the present book-building method, the control institutional investors hold in deciding the final pricing and whether corporate entities should be instructed to have a broader price band. The panel is a sub-group of SEBI’s primary market advisory committee and is supposed to present its report within a month.

Also, the panel must inspect the practicality of the French auction pricing policy, which includes fixing a base price and investors placing offers above it. This practice could be more effective in the existing environment where the shares of many companies have doubled on the listing. Additionally, SEBI has also requested the Association of Investment Bankers of India for its feedback on issues relating to IPO pricing.

Unfortunately, the system is only in theory and real pricing is being arrived at much before the IPO. In several cases, the variance between the higher and lower end of the price range is just one rupee. Anchor investors are allotted shares before the commencement of official book-building procedure. Roughly, in all cases, the share allotment to them takes place at the higher end of the price band, which delays the price discovery at the time of the IPO. Due to these factors, the process looks worthless.

Book building is a technique for effectual price discovery of shares or securities. According to this method, the entity offering the shares determines a price band depending on a determined market valuation, which is based on the precise value of the business. The minimum price (floor price) and a maximum price (cap price) at which the company wants to sell its shares are specified. The variation between the two cannot be more than 20 percent.

For example, if the floor price is Rs 200, the upper cap cannot be more than Rs 240. As per the guidelines of SEBI, book-building is a procedure by which a mandate for the securities intended to be issued by a company is elicited and built up. Their prices are measured for the estimation of the volume of such securities and are issued through a notice, circular, advertisement, document or offer document.

It was in October 1999 that SEBI first approved new recommendations, according to which an issuer was given a choice to book-build either 90 percent or 75 percent of the net bid to the public and the remainder at a fixed price, determined via the book-building practice.

A retail investor can use the cut-off option if there is a doubt about the price at which to apply. This will guarantee that his application will be considered authentic at whatever price is decided in the procedure.

However, in such circumstances, the application money should be deposited by taking the cap price into account. Considering the above example, an investor can select the cut-off price and pay the applicable amount based on a higher limit, which is Rs 240. If the cut-off price is lesser than the cap price, the investor gets the necessary refund or the money gets adjusted with any due payment. To issue all 1,00,000 shares, the minimum price will be Rs 220 because applications for 50,000 and 60,000 shares (a gross total of 1,10,000) were obtained for Rs 220 and more. The entity will return money to the investors who applied for shares at a bid price below Rs 220. Investors who applied at Rs 240 will also get the refund. Besides, against 1,00,000 shares, 1,10,000 shares were applied for at the cut-off price of Rs 220. Therefore, the company will issue shares in the 10:11 ratio. Thus, an investor who applied for 11 shares, will get 10 shares.

Before the introduction of book-building, IPOs entered the capital market at a fixed price. Greedy promoters used to fix the price at unjustifiable points in agreement with investment bankers. Therefore, SEBI believed it was time to launch a bidding system where investors themselves could determine the right price. When in 1999, SEBI had given the green signal to a price band mechanism for IPOs, many thought it was a praiseworthy proposal. The hope was that the book-building exercise would help investors, especially retail, discover the right price for the stock via competitive bidding.

However, the present IPO pricing developments make a mockery of the price discovery system. Compared to earlier issues, most of the current IPOs come out with a very slim price range, defeating the very purpose of bidding for price discovery. Surprisingly, many of them offer a price band in a thin scale of just Rs 1-2.

The Indian IPO market has been an attractive proposition for companies to propose their initial equity offer to nurture funds. IPOs like Zomato’s show the strength of the market along with investors’ hunger for new ventures. Despite the pandemic, fund-raising through IPO was the highest in the financial year 2021, with companies raising Rs 1,88,900 crore against Rs 91,670 crore raised in the financial year 2020. In the previous five years between 2016-2021, money-raising activities through IPO flourished six times more than funds raised between 2011-2016, increasing from Rs 0.3 trillion to Rs 1.8 trillion.

Recently, at FICCI’s annual Capital Market Conference, SEBI chairman Ajay Tyagi mentioned his organisation’s initiatives to improve the present standards on numerous aspects of IPO launch. He said a few proposals are in the pipeline and may bring monumental changes in IPO issuance. He also mentioned that the market regulator was continuously supervising various features of fund-raising and intends to introduce many changes in easing existing rules to encourage more organisations to attempt market listing.

Therefore, now the new panel of the SEBI should consider the loopholes in the price band system thoroughly. As the market regulator has fixed the gap of the price band at a maximum of 20 percent, a minimum gap also should be introduced. A gap of 10-30 percent could be perfect.

Furthermore, in India, the corporate field is still controlled by the concept of promoters. SEBI should break down the promoter regime and bring in the controlling shareholder concept. With this, the age-old corporate culture can be transformed. SEBI’s new panel’s smart action and approach in improving and revolutionising the Indian equity market will enhance both the economy and corporate progress.