As the penniless island-nation goes to the IMF with a begging bowl, India is pushing its case. But getting Colombo out of China’s clutches will need Delhi to stop behaving like Big Brother. 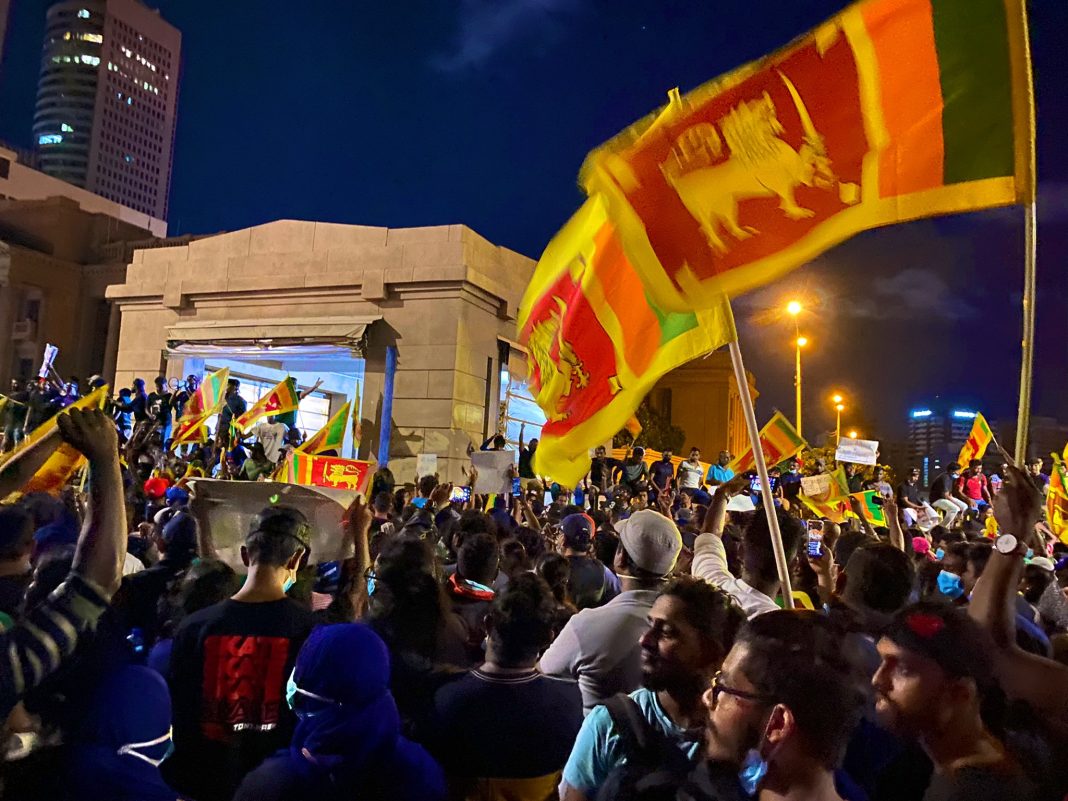 US-based South Africa-born billionaire Elon Musk recently made a $43 billion offer to buy Twitter. Musk may have a gazillion reasons to take over Twitter, including the social media giant’s oftcriticised crackdowns on “free speech”. But his plans didn’t go far, being shot down by Saudi Arabian Prince Alwaleed Bin Talal, a major Twitter shareholder. Yes, there is irony in that.

Given that Twitter and whataboutery go hand in hand, many people on this social media pointed out that Musk’s offer almost equalled Sri Lanka’s then $45 billion debt, egging the billionaire on to commit the money to “rescue, repair, rebuild” this island-nation instead. Such are the dreams of liberals in the age of social media wisdom. A new-age entrepreneur even suggested Musk lend the money and rename himself “Ceylon Musk”.

Jokes don’t cut it nor do they apply a salve to the blistering disaster that has left Sri Lanka on the verge of insolvency, a situation India was close to in 1991 before the famed IMF intervention and devaluation of the rupee.

Given the vitriol that is reserved for the old India, its factories and public sector undertakings kept it from becoming like its much smaller southern neighbour. India had an industrial output to contribute for the GDP, however low it was due to the over-regulating of private industry. The current projects of the Delhi-Mumbai and Delhi-Kolkata industrial corridors are attempts to undo that damage.

Sri Lanka has a current account deficit and a balance of payments crisis, both pushing it into a spiral of worsening malaise. This means it has negligible to no GDP and spends more than it makes. It needs money, probably from the IMF, with which it is due to meet later this month.

The island nation has been economically mismanaged for a long time also because of sops and the like. It is compounded by the fact that given its low industrial output, more goods have been imported, making dollar outflow a steady, growing stream. With the mid-80s remittances boom due to the Sri Lankan diaspora in the West and the Persian Gulf, there was a further upsurge of imports of consumer goods.

This, along with structural economic issues, forced Sri Lanka further into debt to service its foreign exchange requirements, which now needed consumer goods as well as infrastructure, raw materials and goods. India has at least some oil reserves, Sri Lanka has none. Imagine the need for more petrol and diesel to fuel the citizenry’s latest gas guzzlers, funded or imported by cousins from Kuwait or Bahrain.

Sri Lanka has only one USP, tourism, which is also its largest employer. With the Covid pandemic hitting travel and tourism worldwide, the verdant valleys of Sri Lanka lay dormant as tourist footfalls and their dollar accruals disappeared since early 2020.

Rice is a staple in the country and a top-led change in fertiliser policy forced Sri Lankan farmers to shift to organic farming en masse, without any Plan B for food stability. Now reversed, the policy hit grain production. Rice was another item that had to be imported, adding to the bill.

The popular version of the debt crisis in India is that Sri Lanka borrowed massively from China and built world-class ports. The ports were not such big hits among the ocean-liners. That meant much money spent for a port which not every ship would dock at. The total Sri Lankan debt to China is $3.9 billion.

In fact, Sri Lanka owes the largest amount to international sovereign bonds of $12.6 billion, followed by the Asian Development Bank, Japan and China, according to a Reuters report. International sovereign bonds are issued by governments, in this case the Sri Lankan government, to raise money. Their repayment and interest can add to the troubles of a country already in the grip of a balance of payments crisis. Add to this the significant tax cuts initiated by the Gotabaya Rajapaksa government after winning a landslide election in 2019, with Covid-19 waiting to strike the world at the end of that year.

Many thousands of Sri Lankans have protested for almost a month or more, venting their anger at the Gotabaya government for not doing enough, and in time, to avert the crisis. The country has a reserve of $1.9 billion, most of it borrowed from India and China. Compare this to India’s forex reserves which stood at $634 billion on February 1, 2022.

India has been doing its best for its neighbour. It has already sent $1.9 billion in money, grains and fuel, and as per reports, is again willing to commit a similar amount. Several Sri Lankan Tamils have crossed the Palk Strait, under which lies the much celebrated Ram Setu, for Tamil Nadu. Its Chief Minister MK Stalin had called on Prime Minister Narendra Modi to ask India to help Sri Lanka so that his state doesn’t end up having to accommodate economic refugees after weathering the political refugees of the 1980s and 90s.

There is a proverb of uncertain origin about a man taking a horse to the river and his inability to make it drink water. Will Sri Lanka heed India’s advice, which we assume would be to wrest it back from the talons of the Dragon?

Sri Lanka’s newly-appointed Finance Minister Ali Sabry has been categorical that the country views itself as a friend of all; maintaining an equal distance from China and India.

Given the history that India and Sri Lanka have had, any attempt by the former to emerge as the white knight will only deepen suspicion. The historical animosity of the Sinhala majority to the Tamils in Jaffna traces its origins to its perception of being treated as a near-vassal state by the sub-continent’s Big Brother. The Eelam Tamils’ cause and its political ramifications in Tamil Nadu led to India supporting their armed votaries in the 1980s, including the then benign Liberation Tigers of Tamil Eelam (LTTE).

Sending in the Indian Peace Keeping Force (IPKF), which was again seen as a Big Brother move by the Sinhalas even if signed by then President Jayawardene, turned the tide with the LTTE. As is well known, the ill-thought-out IPKF had to scram out of Sri Lanka like the Americans from Saigon. Sri Lanka subsequently exterminated the terrorist LTTE in 2009 after a costly war with an insurgency of almost 40 years.

The road ahead for India is to prevent destabilisation of the Gotabaya government, despite the Rajapaksas’ stand against India, and keep supplying essentials as sought by the Lankan government. Any unilateral offer of wiping away its entire debt, for instance, to “regain” it from China’s control may not backfire immediately, but has the potential of worsening it for Tamil minorities.

At the IMF, India is said to have seconded the island-nation’s request for a rapid financing instrument. An aide to Sabry said the IMF was initially lukewarm to their request, but as India made representations seeking assistance for its southern neighbour, the money just may come through.

Like in the old Persian fairy tale of the Three Princes of Serendip, it is for the Sri Lankan leadership to apply Occam’s razor without worrying about it sounding serendipitous. Friends are fine, but one can’t wish away a neighbour, and a big one at that.

The writer is Editor, IndiaLegalLive.com and APNlive.com