Suicide, a new threat to the Rule of Law

A diminishing respect for the rule of law among police, political leaders, media and, most unfortunately, even among the people whose unruly thoughts are reflected in social media posts. They tried Raju in their own courts to hold him guilty, a fast railway track justice indeed. 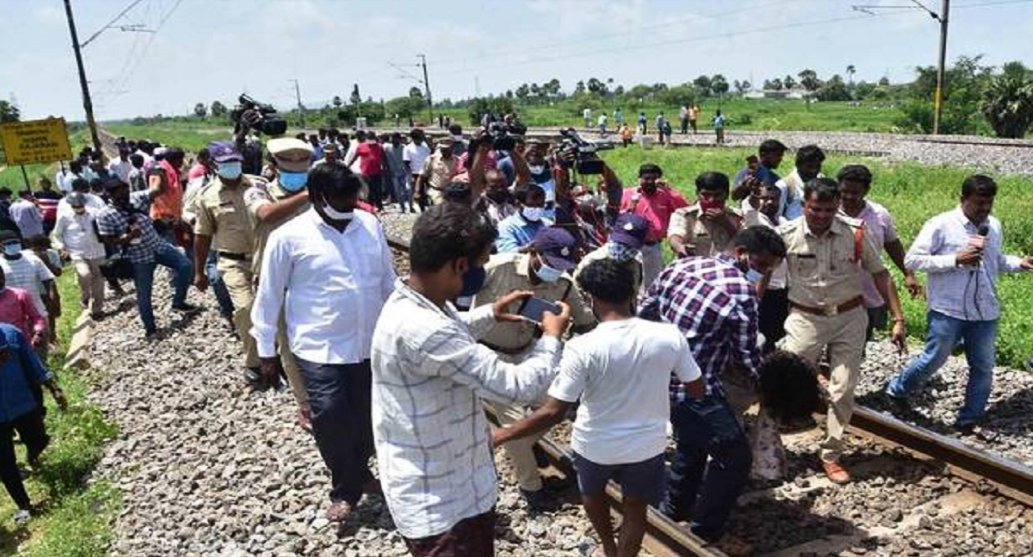 The stage-managed “encounter” seems to have become old news. In its place, “suicide” seems to have become the new method of extra-judicial killing in the state of Telangana. The inquiry into the “encounter” of four suspects of gang rape of a veterinary doctor in 2019 as ordered by the Supreme Court is exposing the contradictions, inconsistencies and concoctions. The apparent “suicide” of a child rape suspect in Hyderabad hardly leaves any scope for an inquiry. The powers-that-be in the state planned to take credit for meting out quick and instant justice by killing the suspect, and deny any mileage to opposition parties who had demanded that he be killed.

To understand the violation of rule of law, the chronology of incidents is necessary. A girl went missing in Singareni Colony in Hyderabad on September 9, a Thursday. Her body was found the same day in the neighbouring house, wrapped in a bedsheet. An autopsy confirmed she was sexually assaulted and strangled. Raju, the house owner, was said to be the prime suspect.

Here’s what happened in the rape and murder case of the 6-year-old child, briefly:

There are several common doubts over the suicide narrative. If a person hits a fast approaching Konark Express, why was the the body in one piece without being smashed to smithereens?  The body could have been thrown off the track by the impact. If he lay down on the track, he could have been cut into three pieces. But it appears to have been carefully placed on the tracks. Police claimed 7 railway men witnessed the incident. Then, why did the seven not prevent Raju from rushing against the oncoming train? If they knew it was indeed Raju, why didn’t they catch him and share the Rs 10 lakh prize money? Are they also vulnerable to pressures and threats? Why aren’t they being suspected for abetment to suicide?

The dead body is one of the best evidences with enough potential to establish guilt. If buried, the judiciary could have got it exhumed and conducted post-mortem by a neutral body. The medical examination of Raghurama Krishnam Raju by Army doctors proved how government doctors were wrong and tutored. But the body of Raju, the clinching evidence has been destroyed, a serious crime under the Indian Penal Code.

Such strong doubts reveal a serious concern – a diminishing respect for the rule of law among police, political leaders, media and, most unfortunately, even among the people whose unruly thoughts are reflected in social media posts. They tried Raju in their own courts to hold him guilty, a fast railway track justice indeed.

Raju is a strong suspect and deserves no sympathy. He was the neighbour of the victim. The body of the child was found in a worst condition reflecting possibility of rape. It was reported the lonely child was lured with chocolates into the criminal’s house. The circumstantial evidence that the child’s body is found in Raju’s house and he absconded, goes against him. But this is not enough to say that Raju, and he alone was culprit, cannot rule out involvement of others or other factors. Raju alive, if not his body, could have been a strong evidence. This death surely satisfies retributive feeling of the victims. What about the wife, mother and sister of Raju, who disbelieve “suicide” narrative and raise questions of rule of law?

The “self-defence” theory of police to defend fake encounters has survived for decades. Now, there is a paradigm shift in the strategy to escape inquiries, and judicial bashings – the “suicide” narrative. The death of Raju perhaps is the beginning of this shift. Beware, a new threat to the Rule of Law.