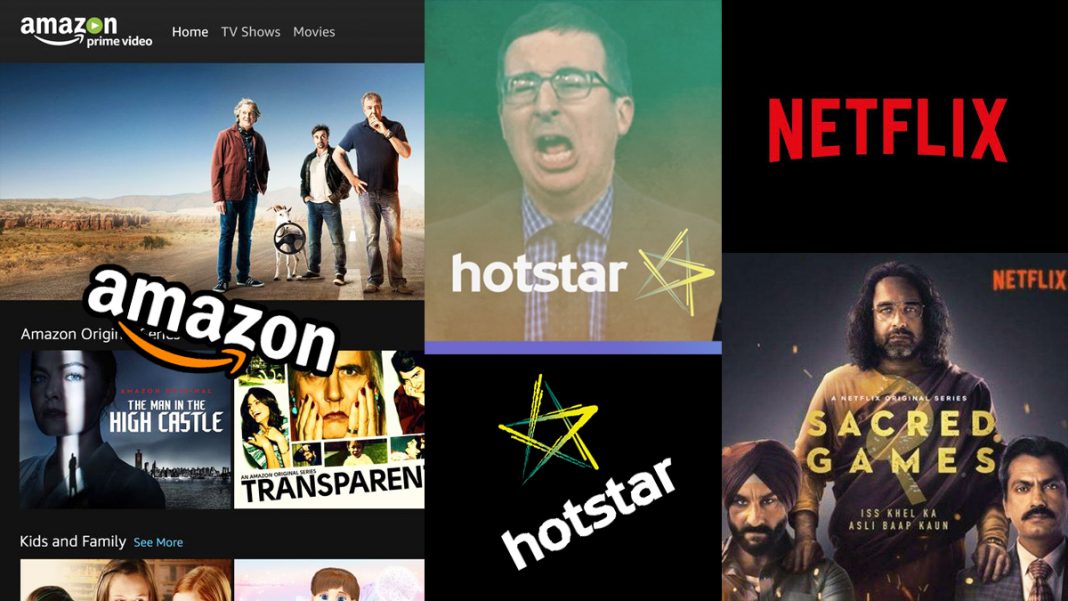 Is it a case of going over the top? It may well be, quite literally, after the I&B ministry announced last week that digital services, called over-the-top (OTT) platforms, will now come under government regulations and rules. The order also embraces digital news sites, many of which have been critical of the NDA government. While there is a lack of clarity on what these regulations entail, it means that streaming services like Netflix, Amazon Prime, Hotstar and others now answer to Prakash Javadekar, the minister for information and broadcasting. Basically, it amounts to yet another Orwellian Big Brother Knows Best moment, of which there have been many in the recent past.

The government’s decision comes less than a month after the Supreme Court sought the centre’s response on a public interest litigation seeking regulation of OTT platforms by an autonomous body. In almost all cases, the government’s “concern” has been sparked by court cases and complaints filed to the police alleging that some content was obscene or insulted religious sentiment.

In some cases, OTT players had already introduced some sort of self-censorship, knowing how sensitive the government is to criticism. Disney-Hotstar had blocked an episode of the comedy talk show Last Week Tonight With John Oliver, which was critical of Prime Minister Narendra Modi. The signs are not encouraging and lower courts in India have not helped. The highly acclaimed Netflix documentary Bad Boy Billionaires India was stalled following multiple cases filed across India. The series documents the rise and fall of Vijay Mallya, Nirav Modi, Subrata Roy and Ramalingam Raju of Satyam Computers. Following an appeal by Raju, a lower court stopped the episode relating to his alleged wrongdoing.

The online space is governed by the Information Technology Act, 2000, some parts of which were struck down by courts as unconstitutional. However, the government is still empowered to block, filter and take down content online or even turn off internet access completely. These options have been exercised regularly. Currently, there is no law or autonomous body governing digital content.

In October 2019, the government had asked the OTT platforms to come up with a self-regulatory body. Anticipating the government’s intervention, in January 2019, eight video streaming services had signed a self-regulatory code that laid down a set of guiding principles for content on these platforms. The code adopted by the OTTs prohibited five types of content. This includes content that deliberately and maliciously disrespects the national emblem or national flag, any visual or storyline that promotes child pornography, any content that “maliciously” intends to outrage religious sentiments, content that “deliberately and maliciously” promotes or encourages terrorism and, lastly, any content that has been banned for exhibition or distribution by law or a court.

Hotstar, along with Jio, SonyLIV, Network 18 and Eros has set up an adjudicatory council, called the Digital Content Complaint Council (DCCC), to moderate content on OTT platforms and avoid coming under government censorship. Netflix did not join the DCCC.

At present, the Press Council of India regulates the print media, the News Broadcasters Association represents news channels, while the Central Board of Film Certification monitors films.

India joins a number of countries that have enforced or are mulling regulation of streaming platforms. Singapore is the most censored market for Netflix as it has the highest number of pull-out requests made by any country. Five shows were taken down in Singapore—the highest among all the countries that requested pull-outs. Saudi Arabia is another highly censored market. On January 1, 2019, Saudi Arabia pulled out an episode of the comedy show Patriot Act starring Hasan Minhaj, which was critical of Crown Prince Mohammed bin Salman relating to the murder of journalist Jamal Khashoggi. Netflix and Amazon Prime Video are banned in China. In Indonesia, Telekom Indonesia, the state-owned telecom provider, has blocked Netflix since 2016, with the justification being that the streaming platform has not complied with Indonesian regulations that govern media content. Last year, Turkey granted its radio and television watchdog, the Turkish Radio and Television Supreme Council, sweeping oversight over online content, which includes streaming platforms. The reason given was to protect moral order in the country.

The move to regulate digital media in India is not new. It was first initiated in March 2018 by then minister for I&B Smriti Irani. Digital media refers to any information that is broadcast over a screen, or via the internet. Irani’s initiative set the ball rolling for moves to curb the freedom of digital and online media. Javadekar has ardently embraced her agenda and now seems all set to take it a step forward by shifting the goalposts.