Former Supreme Court judge Rohinton Nariman said it was time to do away with sedition laws and allow free speech. But this does not mean spewing hatred against a community. Law enforcement must be robust to be effective and the accused must face law. 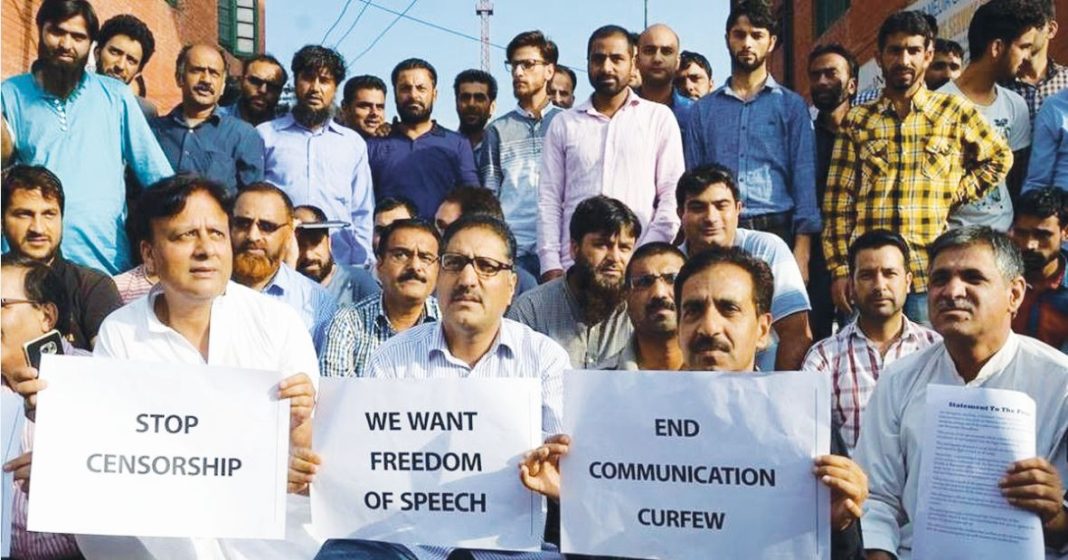 “I disapprove of what you say, but I will defend to death your right to say it.”

Freedom of speech is a basic right. No one can or should object to what people think or say to each other or about each other. Politicians being politicians, address large crowds of eager listeners and say many things to garner support. They sometimes also say unpalatable things which can cause deep hurt to some people. The State may step in when the speaker has said something which tends to incite people to violence or commit crime. The State should not let the incitement pass and hope there is no violence. Being fore-warned, the police can quell the riot, arrest the accused and save lives. This often is not easily done because the political masters may not want the violence to stop, at least for a few days, to get the desired political mileage from it.

Here we are concerned with a speaker who uttered such vituperative hatred calling for extermination of a large number of fellow citizens because they followed a different faith. It was a call to start a pogrom, a planned riot to murder people in large numbers. There should be no other opinion, no second thoughts. The State must step in to put the speaker through the process of a fair and impartial trial. The trial judge shall decide his guilt or innocence, and the quantum of sentence after considering the defence put forward.

The difficulty arises when media commentators start holding trials, and people start petitioning courts to condemn the speaker. There can’t be worse examples of pre-judging a criminal case where the accused is yet to be charged. Narsinghanand (58) is a well-educated ascetic with a large following. He obtained M. Tech (Food Technology) from Moscow on a scholarship. On his return to Ghaziabad, he set up a computer institute in 1995. Later, under the influence of his teacher, he took monastic vows around 2007. He is the head priest of a temple at Dasna near Ghaziabad in Uttar Pradesh and also the head of one of the larger orders of Hindu monks, the Juna Akhara, which is one of dozen such monastic orders.

At a conclave of ascetics in Haridwar, held between December 18 and 20 last year, Narsinghanand spoke in very hard hitting and provocative manner. The conclave was called a “Dharam Sansad” and was largely attended by Hindu sadhus of various persuasions. Narsinghanand has been arrested and charged with offences for promoting enmity between different religious groups and sections, causing enmity and hatred between classes. Both are offences under Sections 153A and 501(1) of the Penal Code.

As reported in the media, Narsighanand defends himself by saying: “Did I have arms on my body, did my speech lead to violence anywhere? Am I not entitled to my opinion?” Perhaps in his extreme exuberance, he forgot that his words could have struck a match to a trainload of dynamite, and caused a conflagration of immense proportions, a huge humanitarian crisis the likes of which we have never seen since the Partition. And a blot on the fair name of India.

The State must explain why arrest was delayed for a month. This kind of procrastination can be problematic because serious riots could have erupted if no action was taken for this hate filled speech. Thankfully, no riots happened. Law enforcement in most cases is habitually lackadaisical and the police dilly-dally, as is their wont. Firstly, over registration of FIR till they get directions from the “top” and secondly, over the arrest of the accused.

In the “Dharam Sansad” case, the targeted community, particularly its  women and children, must have gone through sheer hell in the days following the event. Law enforcement must be robust and muscular to be effective. The accused on arrest has many safeguards to protect his rights. But he must face the law and account for his acts.

One wonders what else was discussed during the conclave of ascetics spread over three days. The need to protect Hindus, Hinduism, Hindu heritage must obviously have been on the agenda. These are laudable objectives. But save Hindus from what, is the next question. Is it from the onslaught of materialism which modern day consumerism has introduced? This too is an important issue everyone faces. Getting distanced from our roots is also a fear that conservative Hindus have begun to speak about. Religious leaders must and should discuss these matters openly and face these questions squarely. Moving a little beyond this agenda, the conclave may have touched upon our ancient wisdom, Vedic sciences, Vedic medicines and time honoured farming practices. That is fine, too.

But how serious is the danger faced by Sanatam Dharma from those outside its fold? One supposes that the Dharma is strong enough to withstand extraneous pressures; it has, after all, survived for many thousands of years, and shall continue to thrive. The perception of danger appears to be from other religions like Islam and Christianity. It’s doubtful if any of the Hindu ascetics have any exposure to other religions or whether they have even visited other religious places apart from their own temples. All religious teachers must exhibit openness, generosity, and understanding towards people of other faiths.

They could begin with telling their stories, Hindus from Panchatantra and Muslims from The Thousand and One Nights. It would help if young ascetics or new initiates are sent to Darul Uloom Deoband or Aligarh Muslim University to learn basic Islamic theology and likewise, younger Muslim priests must be invited to study at Benares Hindu University. They could together be sent on a Bharat Darshan. Some bright ones could later travel abroad to study comparative religions and theology. Such exposure would open their minds and help develop great understanding and friendship.

This is the future course which should be adopted by Hindu ascetics, otherwise the brutal path advocated by Narsinghanand can only lead to death and destruction. And did we not see enough of it during the Partition of India in 1947? And earlier, during the pogroms faced by the Jews in 19th and 20th centuries, to say nothing about the Holocaust.

One is reminded of WB Yeats’ poem “The Second Coming” written a hundred years ago, almost prophesying the rise of fascism.

Turning and turning in the widening gyre

The falcon cannot hear the falconer;

Mere anarchy is loosed upon the world,

The blood-dimmed tide is loosed, and everywhere

The ceremony of innocence is drowned;

The best lack all conviction, while the worst

Are full of passionate intensity.

Things must not be allowed to fall apart. Too much is at stake for the ordinary men and women of this ancient land, where everyone is struggling to make ends meet, hoping a bright future is around the corner. Such is the faith we have in our Constitution and the laws. The ceremony of innocence must not be allowed to drown.