Covid-19 vaccination in the US: The science of stupidity

Almost 100 percent of hospitalised deaths due to the pandemic consists of people who are not vaccinated despite the government making it free and easy for everyone. People are actually risking death to show disbelief in medical science and clinging to policies of the Donald Trump administration. 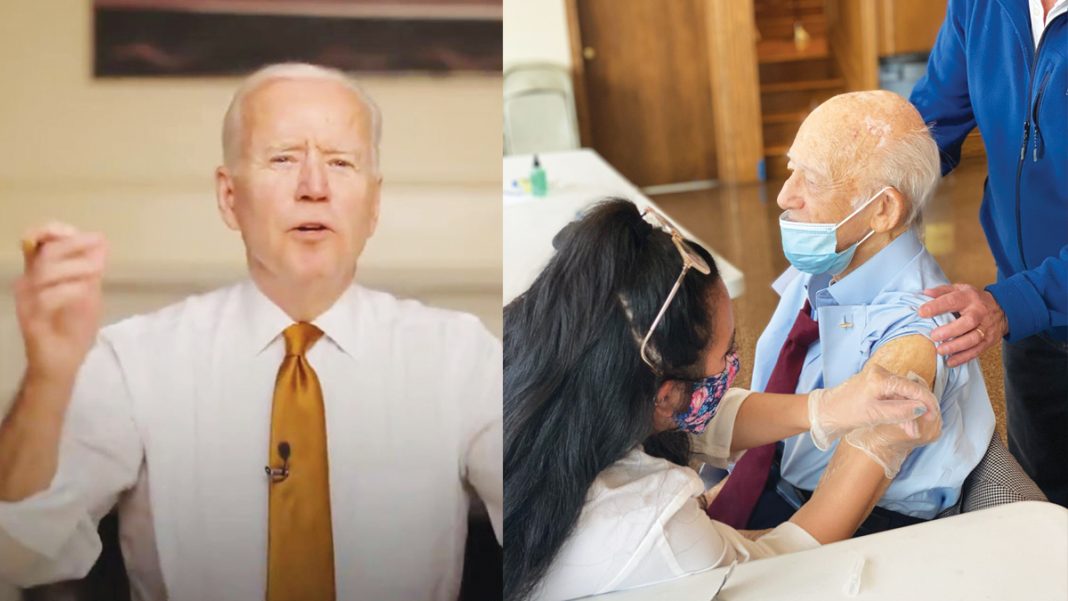 The politics of death is playing out in many nations and the partisan divide in the United States (US) is politically and statistically too obvious to ignore. On the one side, President Joe Biden has completed six months in office with significant success in vaccinating nearly 70 percent of all Americans against Covid-19, while on the other, Summer­time in many parts of the nation is in full swing with people flouting social distancing norms.

However, the misinformation campaigns on social media and cable news from Republican scaremongers is now perceived as a form of bio-terrorism by the administration. People are risking death to demonstrate a disbelief in medical science, clinging to statements and policies of the previous Donald Trump administration. Almost 100 percent of hospitalised deaths from Covid-19 in the US comprises people who are not vaccinated despite the government making it free and easy for everyone in the country, regardless of citizenship.

The surge in cases, and especially deaths, has occurred amongst people who have failed or refused to get vaccinated. No surprise that it is concentrated in states where people believe Trump’s claim that he had actually won the 2020 US presidential election.

Dr Vivek Murthy, the US surgeon general—an Indian-American known for speaking forthrightly—accused companies, including Facebook, of “poisoning information” about coronavirus vaccines and not checking the online proliferation of false claims. “The reality is that misinformation is still spreading like wildfire in our country aided and abetted by technology platforms,” he told Fox News. The Murdoch-owned news channel has embraced the anti-vaccine message as ratings gold for its right wing audience, although two of its main anchors have suddenly started appealing to the audience to get vaccinated, while in the next hour others continue to sow doubt on the efficacy of the vaccines.

Republican Senate leader Mitch McConnell, a polio survivor as a young man, spoke out against other Republicans leaders. “I want to encourage everybody to ignore all of these other voices that are giving demonstrably bad advice.”

Nationally, the average of new coronavirus infections has surged nearly 200 percent in 14 days, to more than 35,000 on Monday, and deaths—a lagging number—are up 44 percent from two weeks ago. The director of the Centers for Disease Control and Prevention estimated that the Delta variant accounted for 83 percent of all new cases.

The Biden administration has suddenly dropped its passive approach and is sharply critical, counterpunching its critics. White House press secretary Jen Psaki lectured Facebook recently for allowing false claims about Covid-19 and vaccines to run wild on the service and announced that the White House was “flagging problematic posts” for the company’s attention.

But Biden outdid his aides recently, saying about Facebook that “they’re killing people”.

Recently, the chief medical adviser to the US president, Dr Anthony Fauci, did a three-peat on the misinformation topic by appearing on three network programmes to mute the conspiracy theory popular at Fox News and Twitter that Biden intends to send federal agents door-to-door to forcibly inoculate Americans. Psaki did some of the same by ridiculing Republican Congress­person Marjorie Taylor Greene’s Covid-19 fantasies while the White House Covid-19 coordinator grappled with the Missouri governor on the other side of the ring and the surgeon general on Fox News described Covid-19 misinformation as “a serious threat to public health”.

The political disparity in vaccine hesitancy is stark. The Kaiser Family Foundation reported at the end of June that 86 percent of Democrats had at least one shot, compared with 52 percent of Republicans. An analysis by The New York Times in April found that the least vaccinated counties in the country had two things in common—they were rural and voted for Trump.

Misinformation—false and fake stories—has mushroomed on the Internet era, amped up in 2016 as Trump used it on social media and TV appearances as his prime political strategy. Exiled from Facebook and Twitter means his inheritors have escalated efforts to subvert and confuse.

The new White House strategy of directing Facebook to put a crimp on misinformers does not appear to dissuade the anti-vaxxers among conservatives and social media. They see it as just another intrusive effort by the government to control their lives.

Jen Kates, a senior vice-president of the Kaiser Family Foundation, said: “We know that more of the unvaccinated are self-identified Republicans, so they are much more at risk of illness, death and continued spread than fully vaccinated people.”

Contradictions abound when reality is banished from politics. Consider that Trump has complained he doesn’t get enough credit for pushing the vaccine development. Yet, Representative Steve Scalise of Louisiana, House Republican leader, who received his first Pfizer vaccine shot only on July 18, blamed people’s hesitance on Biden’s criticism of Trump’s vaccine drive last year. Senator Tommy Tuberville, Republican of Alabama, said skeptics would not get their shots until “this administration acknowledges the efforts of the last one”. Senator Roger Marshall of Kansas pointed the finger at Psaki, and the director of the National Institute of Allergy and Infectious Diseases, Dr Fauci.