Why Facebook Fracas Over T Raja Singh Was Unnecessary 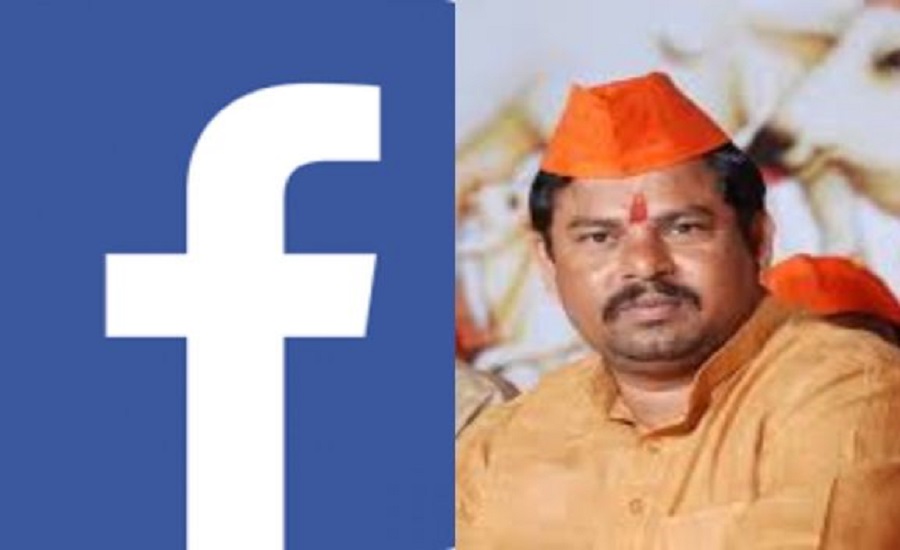 While social media has been blamed for “exploiting” the personal data of citizens, the fact is that these companies cannot be turned into virtual police stations and parliamentary panels can’t meddle with them

A topic of hot debate among political parties is whether a social media company should monitor which user is a “hatemonger” and should be evicted from the account. It all started with The Wall Street Journal (WSJ) report recently which quoted an anonymous Facebook insider saying that a committee which filters hateful content for the company had recommended that BJP MLA T Raja Singh be permanently banned for posting objectionable content, but that this wasn’t approved by their public policy executive.

One wonders if politicians would have hailed Facebook as a great conscience-keeper if it had blocked Singh. But since that wasn’t done, many have raised their voices against it for favouring the BJP as it provides it with advertisements. These politicians want to haul Facebook to a Joint Parliamentary Committee (JPC) for inquiry.

Shashi Tharoor, who heads the IT parliamentary committee, issued a notice to Facebook to appear before the JPC without first discussing it with the members. All said and done, Facebook is a commercially oriented IT-enabled company and it is not a member of the Fourth Estate like newspapers or TV news channels and ought to be fully committed to upholding the traditions of free speech. Traditional media nowadays often runs biased stories which are swayed by advertisement revenue and the ideologies of their owners. These often have no relation to what is good for the country or its people.

The idea of an “independent media” is a misnomer today and every discerning media-watcher, therefore, discounts the value of the news depending on the credibility of the newspaper or TV channel. Initially, the public switched to social media in the hope that information there was contributed by individuals and hence, was more reliable than news emanating from media houses. But this too has become politicised as fake accounts and false news are being posted.

This was evident during the Delhi riots earlier this year and the recent Bengaluru riots where Facebook was used as an instrument for creating disharmony in society through fake or biased news. In the past, when the government suggested streaming of rules under Section 69 of the Information Technology Act, 2000, (ITA 2000), the same politicians who are crying foul now were then complaining of unwanted censorship. Now they want private censorship to be imposed by the Facebook management, but only on their political opponents.

If an internal committee of Facebook suggests an action and it is reviewed by a higher authority within the corporate hierarchy, it is preposterous for some reporters to comment that it is biased in favour of the BJP. Most independent observers feel that both Facebook and Twitter are controlled by anti-BJP interests rather than pro-BJP ones. It is, therefore, a question of perception. The beauty of social media is that as long as fake postings and AI-led fake stories are avoided, it is democratic enough and can self-correct itself.

If over and above this, Facebook has a committee and subjects an account for review, it should be appreciated, even though a higher official shot down a recommendation because he had the authority to do so. Opposition politicians are making too much out of what could be a normal corporate decision-making process. The need of the hour is for a responsible media to de-escalate the controversy and ignore the report carried by WSJ, which itself could be a fake report.

In this entire controversy, what is being played out is a fight between traditional and social media. Traditional media has learnt that in the current age and time, most of the action is on social media and that Facebook is more powerful. It is amusing to think that WSJ actually has a page on Facebook and uses its reach to attract more viewers to its content.

The decreasing popularity of traditional media has been accelerated after the Covid-19 lockdown and people have unsubscribed print media on a large scale. This was also reflected in the Indian Newspaper Society asking its members to take stringent action against any WhatsApp group which circulates any e-paper copy. It is this type of frustration that is behind traditional media using Facebook as a whipping boy whenever the opportunity arises.

The attempt of the parliamentary committee to meddle with the internal affairs of a private company like Facebook is another fall-out of this controversy. If this is allowed, tomorrow the committee may summon TCS, Wipro or Infosys and object to their accepting any project of a BJP government or rejecting any project of a non-BJP government. The committee should subject itself to some self-discipline and not behave arrogantly like the Tharoor committee did. It would be prudent for the committee to withdraw the notice and correct its mistake.

We should also focus on what steps can be taken to ensure that popular social media platforms are not used to disturb peace in society. ITA 2000 defines Facebook as an “intermediary” which should follow certain “guidelines”. In 2018, when the government wanted to make some amendments to this guideline, PILs were filed in the Supreme Court about violation of freedom of speech, etc. The government did not have the conviction to fight and allowed the notification to lapse. It is, therefore, not surprising that Opposition politics comes to the fore whenever the government wants to bring any change in laws related to social media. It is now necessary for the government to revisit these intermediary guidelines and bring their discussion back in the next parliamentary session.

One of the requirements of the guidelines was that the intermediary was supposed to implement technologies to identify and remove public access to unlawful information or content. Perhaps Facebook is actually trying out some manual review and one should give it room for some failure in proper implementation.

The new Personal Data Protection Bill, 2019, (PDPB) has another provision whereby social media intermediaries like Facebook should enable the users to put an “Identity Tag” on their account. This would enable segregating the content of people who identify themselves and those who hide behind pseudo identities and spread fake news. If some user is bold enough to give out his views, be it on politics or religion, the identity enables normal judicial process to take control whenever people cross levels of decency.

In such a scenario, the efficiency of the internal committee of Facebook becomes secondary. Hence, efforts should be made to get the PDPB to become a law soon and also for the intermediary guidelines to be notified.

The PDPB will, however, create one more problem because it defines political or religious opinion as “sensitive personal information”. Such information has to be secured properly and collected only on an explicit consent basis. As most of what users say on social media reflects their political or religious beliefs, it will create a situation where the entire content of what is posted would constitute “sensitive personal information” only. Hence, when the PDPB becomes an Act, unless the “religious and political beliefs” are not removed from the “sensitive information category”, we will have more complications as the IT Committee can ask Facebook where is the “explicit consent” of a person who has posted a content which directly or indirectly reflects a political opinion.

While we can blame Facebook or Google for “exploiting” the personal data of citizens and ask for them to be reined in, we also have to be alive to the fact that they are fundamentally business entities. They cannot be turned into virtual police stations and virtual courts trying to analyse every post and photograph to decide what is correct for the BJP or the Congress.

Even if Facebook decides to balance the number of BJP supporters with the number of Congress supporters, or devises a system of proportional representation, it would mean that pro-BJP content would be much more than pro-Congress content, leaving politicians unhappy.

We need to focus on rooting out fake accounts, and then the views and counterviews will balance each other, with the judiciary taking care of extreme cases.