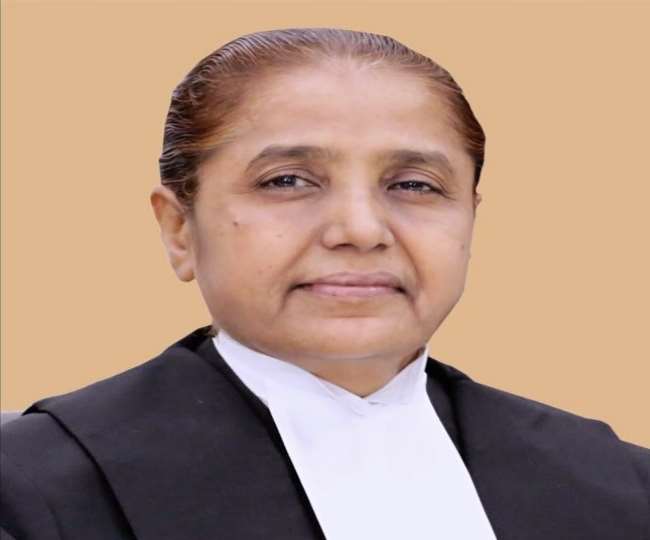 New Delhi: ‘Judiciary, Judges and the Administration of Justice’, a book authored by Justice R. Banumathi, former judge of the Supreme Court, was launched virtually today by Chief Justice of India S. A. Bobde.

Justice Malhotra, in her address, said that Justice Banumathi’s book “reflects the vast experience she has gained as a member of the judiciary and will provide tremendous insight not only to us but to everyone who wishes to dispense justice.”

Justice D. Y. Chandrachud said: “Justice Banumathi has vast experience, starting from her days as a judge in the District Judiciary, and a Judge who has worked at the District level knows the nitty gritties of the system.” He said that Justice Banumathi’s book was not a post-retirement project and the work on the book had begun much earlier. For a Judge to write a book, while having to work through hundreds of SLPs is remarkable. Justice Chandrachud also said that a judge remains a judge even after demitting office after attaining the age of 62 or 65, while referring to an excerpt from Justice Banumathi’s book which says that a Judge remains a Judge for 365 days, 24/7 during their tenure.

Justice N.V. Ramana, in his keynote address, said that Justice Banumathi’s work provides insights into the working of the judicial system, right from the trial court level and he found the book easy to read, informative and useful. Justice Ramana also said that while people think that Judges lead a life of luxury, it’s a misunderstanding as they have to balance their social lives in order to be independent.

Chief Justice S.A. Bobde in his Presidential Address called Justice Banumathi’s book, a unique book that gives valuable insight into this colossal institution of the Judiciary. Justice Banumathi’s experience is diverse and she has learnt something new at every stage.

Chief Justice S. A. Bobde, also discussed the issue of mental health and the effect of the pandemic on mental health of people, and announced that the Supreme Court has taken an initiative for helping people and provide them mental health advice. The initiative will be announced by the Secretary-General soon.

Chief Justice of the Delhi High Court, Justice D. N. Patel, in his special address, quoted Benjamin Franklin who said “either write something worth reading or do something worth writing.”

Justice Patel said that Justice Banumathi has very lucidly covered the e-Courts and the virtual courts system in the book and has put forth the larger blueprint of digitization of judicial function.

Justice Banumathi in her address said that her book highlights the various essential facets of Judgeship and also gives a comprehensive view of the accomplishments of e-Courts project. “I wish and hope that members of the judicial system read this book and contribute towards enhancing this institution,” Justice Banumathi said.