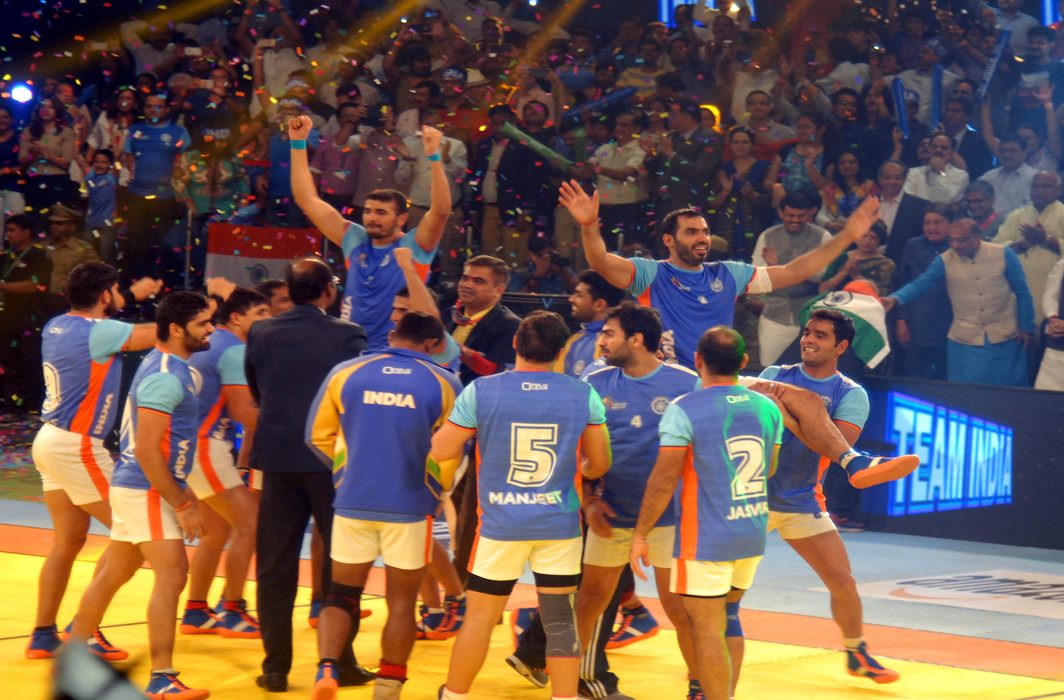 It is one sport where India’s dominance remains unchallenged, with the country winning all the World Cups and the Asian Games golds so far. Indian kabaddi might enjoy the “first mover” advantage in the international arena, with the game being a traditional Indian sport, and with only a few other countries competing in the international arena. And now, with the Pro Kabaddi League on the lines of the Indian Premier League generating viewers’ interest across the country, kabaddi’s future has never looked brighter. But what’s festering underneath this glorious record has not come out in the open as yet. Nepotism and, equally worrying, payments for selection are the norm, and might prove to be Indian kabaddi’s undoing.

The issue has now come to light with a group of kabaddi players challenging the status quo, through a writ petition in the Delhi High Court. The growing dissatisfaction stems from the way the Amateur Kabaddi Federation of India (AKFI) has been run for over two decades by the 73-year-old, Janardan Singh Gehlot, a former Congressman, who hopped onto the BJP bandwagon when he was denied a ticket for the assembly elections of 2008.

The petition filed in the Delhi High Court states:

This template of family fiefdoms is repeated at the state and district levels too. International-level player Mahipal Singh, who filed the petition along with three others, says even district secretaries have held on to their posts for ages. Those who are close to the family or who ingratiate themselves continue to play for 15 to 20 years. Asked why he knocked on the court’s door, Singh says: “I had participated in a tournament in 2002. My coach, who has no standing in the game, got an Arjuna Award and banned me for two years. Later, as I did not pay money and refused to do his bidding, he extended my ban.”

Mahipal Singh’s counsel, Bharat Nagar, an advocate in the Supreme Court, says the player tried to raise his voice at various fora—the sports ministry, the Indian Olympic Association—and through a writ petition earlier too, but without success. For that matter, he says that most sports associations are violating the norms for selection of players, as well as of administrators, today, including in cricket. The grants given for sports are also not utilised properly.

It’s not just administrative posts that are monopolised in this manner. Selec­tion to teams depends on who you know and how much money you can cough up. Players allege that they have to pay as much as Rs 30-Rs 40 lakh to secure a place in a team.

Nagar says that players even sell their land to pay the amount because rewards upon winning an international event are huge—Rs 2 crore from respective state governments and secure government jobs. The result is that players who have not played for years at the district or state level secure a place in the national team upon payment.

Refusal to pander to the wishes of higher-ups leads to arbitrary bans. National-level player Kuldip Singh, speaking to India Legal’s sister media outlet APN, said: “I have played for Haryana. But I was asked to cough up money to play in the Junior Asian Championship.”

Kuldip and Mahipal say players are scared to raise their voices. But now, through the petition, they have sought to highlight all that is wrong with the Kabaddi Federation:

The petitioners seek complete transparency in the federation in view of the law laid down by the Supreme Court and the Delhi High Court. They cite Indian Olympics Association Versus Union of India 2014 5 SCC DLI 432, in which the Delhi High Court held that the president of a recognised sports federation cannot hold office for a period exceeding 12 years and can only hold the post of general secretary or treasurer for two successive terms of four years and no president, secretary or treasurer shall hold the office after attaining 70 years.

They point out that the AKFI is represented by persons who have been holding the post for more than two successive terms, more than 12 years and are above the age of 70 years.

They also refer to the Supreme Court direction in BCCI Versus Cricket Association of Bihar that politicians and bureaucrats who are not concerned with a particular game should not be allowed to occupy posts to control the affairs relating to that game.

The petitioners are seeking an inquiry into the affairs of the AKFI through an independent agency like the CBI, and an audit into its accounts and financial muddles. They also want an ad hoc committee, comprising a retired judge and eminent sports personalities, to run the federation till the investigation is over. They want the election of Mirdul Bhadoria Gehlot as president of the federation to be declared illegal, null and void.

Facing the heat, Gehlot has clarified through an affidavit in the Court that he is not interested in being the life president. The affidavit mentions: “I categorically state that since an objection has been raised as to my continuation as a ‘Life President’, I say that I am not interested in continuing as a ‘Life President’ which was conferred upon me, by respondent no. 3… I shall forward my resignation to respondent no. 3 in due course shortly.”

Mridul Bhadoria Gehlot, on the other hand, maintains in her affidavit that she has “acquired professional and administrative experience in my different capacities”. Her experience includes being assistant professor (1978-93), associate professor and head of Gynae Oncology Unit in the Department of Obstetrics and Gynaecology (1993-2003), and as professor (2003- 2010). “During the period 2009 to 31.3.2010, I had also discharged my duties as Superintendent of SMS Medical College (Zanana Hospital), Jaipur.” She adds: “I have also attended Sports Medicine Training in the year 1988 organised by the IOC Medicine Commission and Olympic Solidarity.”

Nagar says that they will contest her claim because she has never been a member of any state kabaddi association nor is she a kabaddi player so, as per the sports code, she cannot become president of the federation.

Nagar says the fact that India has ruled the sport in international events is taken as proof that the teams selected are delivering what’s expected of them. But that’s only because it’s a home-grown sport and other countries are slow to latch on. But it will not be long before teams from other countries, picked purely on the basis of merit, start hammering a desi team picked on the basis of greased palms.