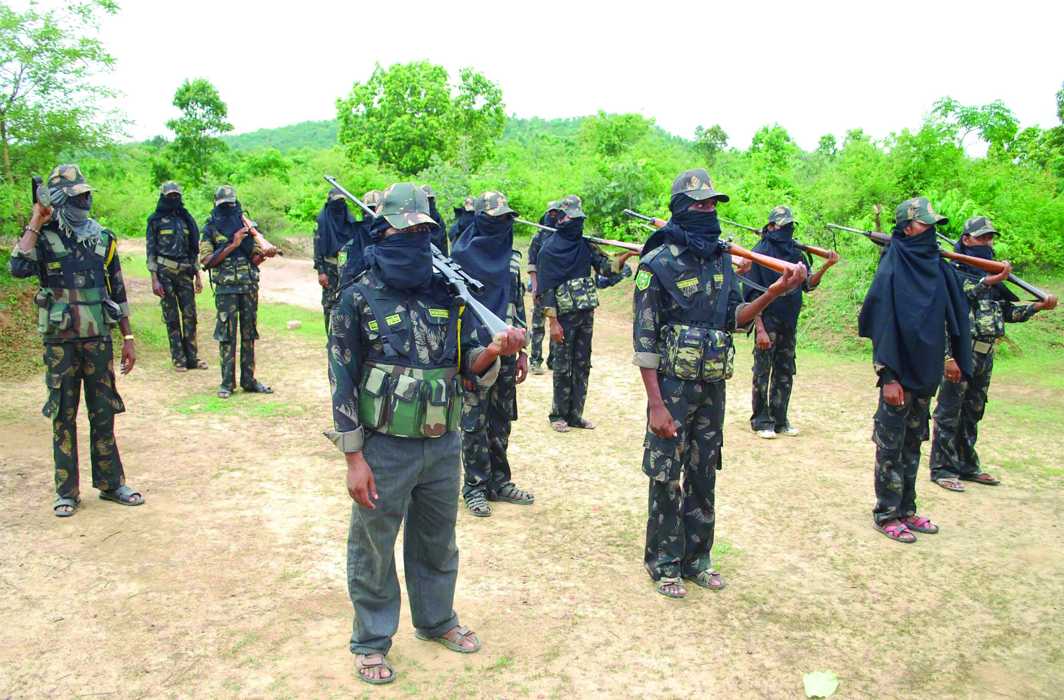 In 2013, the government identified 128 groups as “front organisations” for the Maoists

Damodar Turi, the founder of Visthapan Virodhi Jan Vikas Andolan (VVJVA) and an anti-displacement activist, was arrested by the Jharkhand police in February in Ranchi. No arrest warrant was issued to him and he was presented before the Giridih court the next day from where he was sent to judicial custody.

Turi was arrested based on a case registered with the Giridih Mufassil police in November 2017 for holding an event to commemorate 50 years of the Naxalbari movement and allegedly attacking government servants and preventing them from doing their duties, all under the banner of a trade union called the Majdoor Sangathan Samiti (MSS). The Jhar­khand government banned the MSS in December 2017 and Turi, along with others, was booked for participating in an event that took place before the organisation was banned. They were booked under Section 17 of the Criminal Law Amendment Act which penalises participation in activities of unlawful association under Section 13 of the Unlawful (Activities) Prevention Act, 1967.

Anjani Kumar of the Majdoor Ekta Manch, Delhi, told India Legal that the state government simply released a notification banning the MSS and the org­anisation was even denied a hearing. “The Jharkhand government released a notification saying that the MSS is a frontal organisation of the Communist Party of India (Maoist) and its activities are likely to create situations disrupting public order. They didn’t say whether public order was actually disrupted or not,” said Kumar.

Pankaj Tyagi, an advocate with the People’s Union for Civil Rights, said the ban of a trade union registered under the Trade Unions Act was illegal. He said Turi had nothing to do with the MSS but was arrested because he led a movement against displacement and it had started creating a stir in the state. “The MSS was also gaining huge popularity in Jharkhand and the people’s participation in each of its programmes was increasing day by day. Their movement was gaining momentum which made the government ban them,” Tyagi told to India Legal.

The Jharkhand government has also banned the Popular Front of India (PFI) under Section 16 of the CLA Act and 13 other organisations, mostly under the same Act, terming many of them frontal organisations of the Maoists. The branding of organisations in such a manner is not new and such bans have been issued by the centre and the state government from time to time.

According to newspaper reports published in 2013, the government had identified 128 organisations across the country as “front organisations” working for the Communist Party of India (Maoist). An internal report by the Intelligence Bureau, portions of which came out in The Mint, revealed that these organisations were present in 16 states. It is believed that of 650 districts, 82 were affected by the Maoist insurgency. The report identifies at least two organisations in each of the 16 states.

A majority of these organisations are said to be student unions, youth organisations, lawyer groups, workers’ associations, women’s groups and tribal rights bodies. The report lists 17 operating in Jharkhand, 13 in Andhra Pradesh, 12 in Karnataka, 10 in Bihar and Odisha, nine in Delhi, Maharashtra and West Bengal, eight in Haryana, six in Chhattisgarh, four each in Tamil Nadu and Kerala and three in Gujarat.

But is having a different ideology enough reason to declare organisations a threat to the nation? It is heartening to note that the judiciary has been more liberal in accepting unconventional ideas and ideologies, thereby making way for a more democratic set-up.

A case which upheld the concept of “personal liberty” and which illustrated that pledging allegiance to a certain group not accepted by the State was not a crime is Shyam Balakrishnan v State of Kerala (2015). Justice A Muhamed Mustaque of the Kerala High Court said while hearing this case that “being Maoist is not a crime”.

On May 20, 2014, Shyam Balakrishnan was arrested by an anti-Naxalite squad in the forests of Vellamunda on suspicion of being a Naxalite. He later sued the police for arresting him. The high court while delivering the judgment said: “Being a Maoist is no crime though the political ideology of Maoists does not synchronise with our constitutional polity… The freedom of thought and liberty of conscience is a natural right and cannot be surrendered by any human being and that freedom is ingrained in human mind and soul. However, that freedom becomes unlawful when it confronts with the positive laws of the State.”

One of the main charges against Turi and others was that they organised an event to commemorate 50 years of the Naxalbari movement. The police and the State automatically assumed that the commemoration of the historical movement was illegal. It is interesting to note the views of Justice P Narayana Pillai in Kuruchian Kunhaman v State (1974) in which he held: “The birth of the Marxist Leninist Maoist Party, the MLM, in this country is a reality. It is a historical event. Its activities, commonly called the Naxalite or Naxalbari movement, have by now become part of Indian history… from the mere fact that the party draws inspiration from the teachings of Mao Tse Tung it cannot be taken that its members are less patriotic than the other citizens of this country. Although the party is seen to believe in extra-constitutional means to achieve its objective there is absolutely nothing to show that its members owe allegiance to a foreign power or are its stooges or spies here.”

Although Turi was not a member of the banned MSS, charges cannot be invoked against him even if he were as the apex court in its judgments has held that mere membership of a banned organisation cannot be held against anyone unless it is proven that he resorted to violence, incited others to do so or created public disorder. None of this was proven in Turi’s case.

In State of Kerala v Raneef (2011), the bench of Justices Markandey Katju and Gyan Sudha Misra had agreed with the judgment of Justice Douglas of the US Supreme Court in Elfbrandt v Russell 384 US 17-19 (1966): “Those who join an organisation but do not share its unlawful purpose and who do not participate in its unlawful activities surely pose no threat, either as citizens or as public employees. A law which applies to membership without the ‘specific intent’ to further the illegal aims of the organisation infringes unnecessarily on protected freedoms. It rests on the doctrine of ‘guilt by association’ which has no place here.”

As Tyagi said, the ban politics exercised by the government is counter-productive. “If mass organisations are not allowed to function openly, then people will have no other option than going underground or operating secretly,” he said. People will be left with no other option but to protest undemocratically.