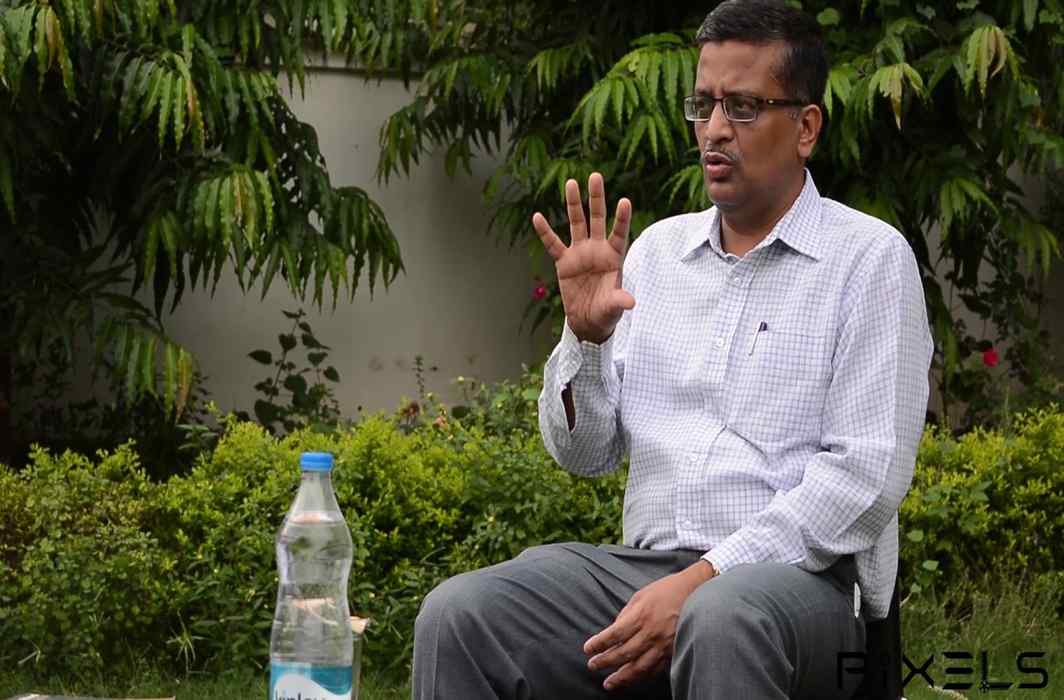 After being transferred yet again, the plucky IAS officer Ashok Khemka writes an anguished letter to the chief minister asking for permission to approach the prime minister

It is 53 not out. That’s the score of transfers faced by the irrepressible Haryana-cadre IAS officer, Ashok Khemka, during his 30 years of service. The meticulous and fearless officer, whose case went up to the Punjab and Haryana High Court, has now written a three-page demi-official letter to Haryana Chief Minister Manohar Lal Khattar.

He wrote saying that his latest transfer not only violated IAS cadre rules but came under the provisions of contempt of court for wilful disobedience of a court order and that he now wants to approach the prime minister. He was transferred last month from the science and technology department to the archives department in the rank of principal secretary.

Khemka’s longest tenure was one year and nine months with the Warehousing Corporation and the shortest was for just a week with the Haryana Urban Development Authority at Faridabad. He has been a thorn in the shoes of two successive Haryana chief ministers—Bhupinder Singh Hooda of the Congress and Khattar of the BJP.

Though the cases pertaining to it are pending in the courts, the action was hailed by her political rivals, particularly the BJP.

Khattar also faced Khemka’s ire when he downgraded his Annual Confidential Report without giving any reasons. He overruled the outstanding Performance Appraisal Reports (2016-17) given by the reporting and reviewing authorities who had given Khemka an overall grade of 9.92 and brought it down to 9.00, thereby affecting his promotion and future career prospects.

Khemka made several representations to the chief minister which remained unheeded till he finally knocked on the doors of the Punjab and Haryana High Court. The High Court quashed the grading given by Khattar and directed restoration of original grades given by the reporting and reviewing authorities. 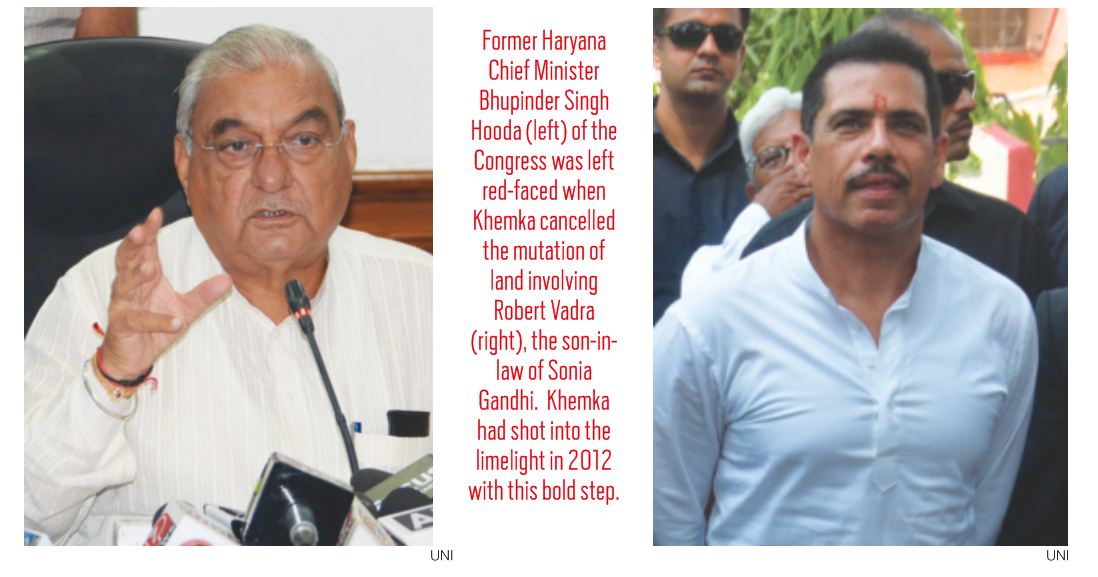 Justices Rajiv Sharma and Kuldip Singh said in their judgment on March 18, 2019, that Khemka “is well-known in the country for effective professional integrity under very difficult circumstances. Despite being in a relatively unimportant post, Mr. Ashok Khemka has shown excellent achievements under severe constraints. He is very innovative and was the first to use WhatsApp in court proceedings to effect service upon the respondent. By his personal example, Mr. Ashok Khemka inspires many young officers. He has immense potential which can be utilised better by the Government”.

The state government, however, did not react for several months, forcing Khemka to write a stinging letter to the chief minister. He wrote that it was “at best (is) a perfunctory and callous approach towards judicial directions, or at worst is a wilful contempt of the express Order of the Hon’ble High Court. Neither of which are permissible legally or morally”.

He said that “as the Chief Minister of the State, you are the commander-in-chief of the executive. It is your political and moral duty to ensure that the State fulfils the mandates cast upon it by the courts. Laxity, especially towards court Orders, sends an implicit message that the high and mighty consider themselves above the Rule of Law”. He went on to say that since the High Court orders had impugned and quashed his own orders, “it is your legal and moral duty to ensure that the compliance of the order is met at the earliest”.

With little chance of an early resolution, Khemka appears to be losing patience. In his latest salvo, he has sought the chief minister’s permission to meet Prime Minister Narendra Modi and “brief him in public interest”. Stating that “governance is no longer a service … it is a business” and hinting at vested interests behind his latest transfer, he said it was the first time he was officially complaining.

“I have always suffered the ill-considered and premature transfers silently. My self-imposed restraint should not be interpreted as a sign of acquiescence. A transfer should not be carried out based solely on one’s wish or desire. To say the least, most transfers are non-speaking, non-transparent, managed and based on extraneous and personal considerations. Some of the transfers I have suffered during your tenure were not in public interest but based on extraneous and personal considerations,” he wrote.

Referring to his latest transfer on November 26, he asked the chief minister to consider the file carefully as it points to “financial corruption” in the award of GIS-related tenders in some departments like “GIS-based property survey in Urban Local Bodies (tender value of Rs 103 crore is 84 percent higher as compared to HARSAC estimate of Rs 56 crore) and likely award of works to private parties in the departments of Industries and Commerce, Forests, Town and Country Planning replicating the work already done by HARSAC”.

Khemka has thus pointed at corruption as one of the prime motives behind his recent transfer and asked the chief minister to get a thorough inquiry done into the matter. There was no acknowledgement of the letter from the chief minister’s office.

In the strongly worded letter, Khemka underlined that “whereas the pliable and the corrupt continue to flourish, not only when they are in active service, but were also rewarded with post retirement sinecures. The honest is left with small, insignificant posts fit for much lower ranks. The very fact that you did not initiate departmental action against a single officer for so many and huge scams in the past which brought a particular party to the government in 2014 is a glaring testimony to this”.

Referring to the cancellation by him of mutation of land in the famous Gurgaon deal, he said that the “most prominent scam highlighted by your party was the DLF-Skylight Hospitality license blackmarketing. Instead of action, those who licensed Skylight, facilitated DLF, allowed Benami license renewal, favoured DLF with sweetheart deals, like the Rapid Metro passing through their prime properties or the managed auction of Wazirabad forests become Chief Secretary, Secretary to Government of India and even managed post-retirement lucrative sinecures. They were assigned not one but multiple heavy departments. The promise made to the nation at the time of 2014 election is now forgotten”.

Asking permission to write to and seek an audience from the prime minister on the issues highlighted in the letter in public interest, Khemka said “small minds tend to humiliate and cause fear to detract from doing one’s duty honestly and effectively. Only a few fools like me will think and act like trustees of the public faith”. He hoped that his representation would not be thrown into the dustbin. The government will be in a quan­dary as to whether to forward it to the PMO or throw it into the dustbin at its own peril.

Lead pic: Ashok Khemka speaking at an event. In his letter to Haryana CM Manohar Lal Khattar, Khemka has indicated that vested interests are behind his transfer/Photo: YouTube