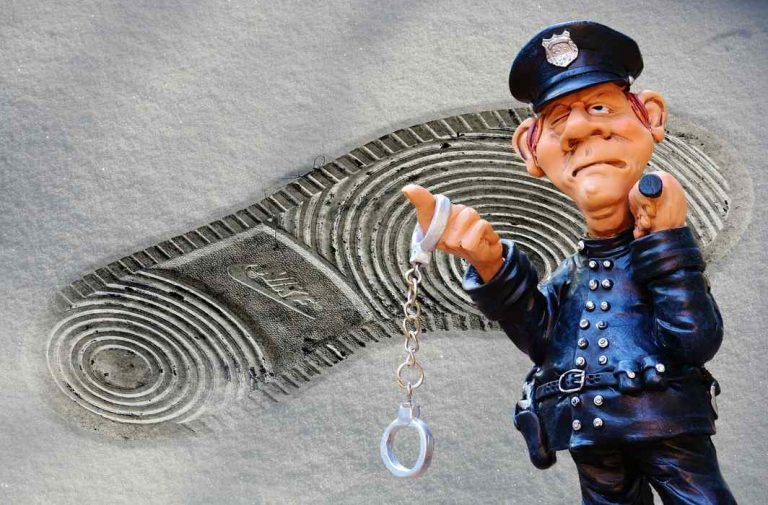 Prime Minister Indira Gandhi used the phrase Foreign Hand to suggest an international conspiracy behind those who were against her government. It then morphed into the all-embracing “anti-national” which is now equated with the current favourite, “Urban Naxal”. Who exactly falls into that deep and dangerous void? Law enforcement agencies have been issued a handbook on how to identify this insidious, and ambiguous, creature. Here’s how they do it:

Policeman: You are under arrest, surrender all your documents like birth certificate, passport, etc and get into that bus along with the other dangerous people we have picked up.

Victim: This is an arrested development. Why me? I am just an innocent bystander? What is my crime?

Policeman: You look like an Urban Naxal, that’s all I need under the new Handbook to identify Urban Naxals and Termites (HUNT). You are a threat to the union of India.

Victim: Me? I am a historian who writes on Gandhi and follows in his footsteps, how have I suddenly become a threat to the Indian state?

Policeman: Ah Ha! that is another means of identifying your kind, you have admitted being a follower of Rahul Gandhi.

Victim: I meant the original Gandhi, the Mahatma, have you not heard of him?

Policeman: I will have to check the preamble to the HUNT handbook, it tells us who are the important people who are outside our catchment area. In any case, there is an obvious way of identifying you as an Urban Naxal.

Victim: And what is that? This photo of Ambedkar I am carrying? My grey hair and advanced age or my bookson Gandhi?

Policeman: You live in a city, carry portraits of Gandhi and write articles asking for liberty, equality and fraternity, claim you are oppressed and fight for the underdog. Those are taken straight from Mao’s Little Red Book.

Victim: Is that really how you identify anti-nationals?

Policeman: No, there is another way.

Victim: What is that?

Victim: What are you talking about? I was on my way to a wedding when I was so rudely rounded up. What is so Naxal about a Sherwani? It is the most appropriate outfit for big occasions like weddings, even the bridegrooms wear them, and politicians wear them too.

Is that why I am getting this dressing down?

Policeman: Sir, according to our handbook that is how we identify anti-nationals.

Victim: So, if I were wearing a lungi would it make any difference?

Policeman: I’m afraid so, there is an addendum to the handbook by Dilip Ghosh, the BJP chief in West Bengal; he has called them “Lungi Terrorists”.

Victim: Lungi terrorists, urban naxals, who comes up with these definitions?

Policeman: My superiors that is all I can say. It changes with the times and the new words and phrases added to the vocabulary of HUNT. We have had “love jihadist”, “tukde-tukde gang” and “libtard”.

Victim: That is all very well, but I am a respected member of society, I am invited to lecture all over the country and abroad. I am also planning to offer prayers at the temple that touches the sky which is coming up in three months’ time.

Policeman: Every criminal I have apprehended in my long and explosive career has claimed innocence and allegiance to the flag and faith in the system. As the handbook says, you are guilty till proven innocent.

Victim: That is against the basic principles of justice. You really think I am a threat to the union of India?

Policeman:  Sir, I am not paid to think. I am just following orders.

Victim: That’s what those accused of war crimes said at the Nuremberg trials…

Policeman: See, that is the language used by urban naxals to justify their actions. It is all there in HUNT, suspicious dress, and underground language.

Victim: As a policeman, are you not supposed to go by the IPC?

Policeman: That is what I am diligently following, the Indigenous People Code. Where were you born?

Victim: Calcutta, after which I moved to Bombay and now I live in Bangalore.

Policeman: See, here is the latest map of India; none of those cities are listed…

Victim: That is because…

Policeman: (interrupting) clearly, you were born outside India.

Victim: (sobbing) please take me away. Just call me a prisoner of unconscience.