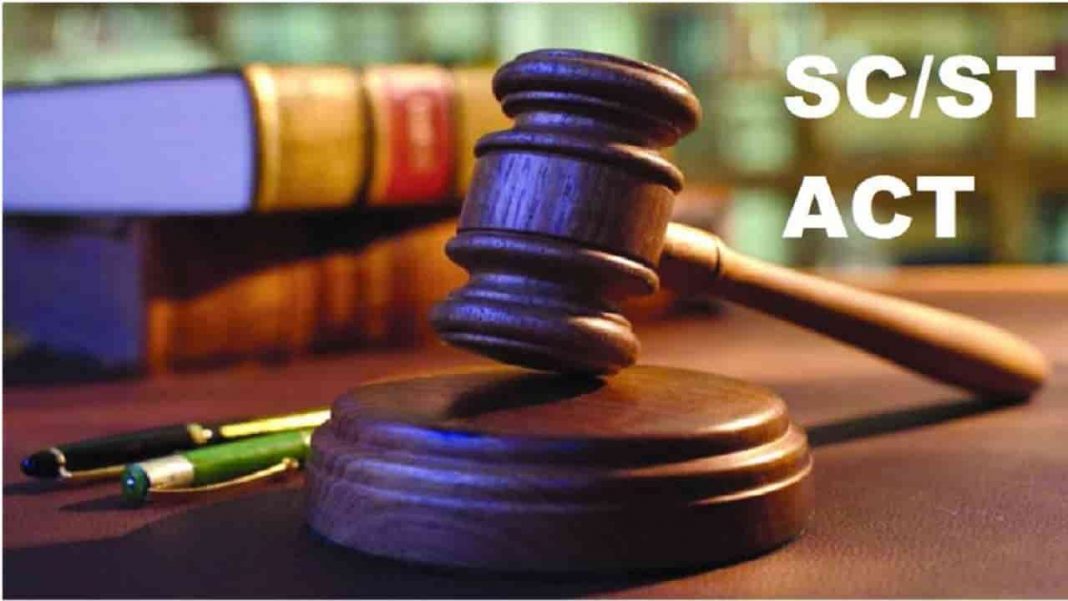 The Allahabad High Court on Monday laid down detailed guidelines for the grant of anticipatory bail. A single-judge bench of Justice Siddharth passed this guideline while hearing a Criminal Misc. Anticipatory Bail Application U/S 438 Code of Criminal Procedure filed by Shivam.

The allegation in the FIR is that the informant is a newsman. He noticed that crowd has collected on the bus stand. He requested the policemen in Dial 112 vehicle standing nearby to remove the crowd. The crowd was removed.

Thereafter, some tough guys of the locality, namely Prashant, son of Shyam Kishore Tiwari and Shibbi @ Shivam Tiwari (applicant), son of Mahant Tiwari, came and abused the informant by using casteist slurs etc., and also abused him in the name of his mother and sister because they were aware of the caste of the applicant. They threatened him that if he will indulge in journalism, he would be killed.

The counsel for the applicant further submitted that no specific role was assigned to the applicant in the FIR. Without collecting any evidence against the applicant, charge-sheet has been submitted against him on May 12, 2020 and cognizance has been taken thereon on November 20, 2020.

There is no role assigned to him regarding intimidation or insult of the informant in public view and therefore, the implication of the applicant for offence u/s 3(1)(r)(s) of the S.C./S.T. Act, is without any basis , said the Counsel.

He has further submitted that from the material collected by the Investigating Officer, it is not proved that the informant was abused by the applicant and co-accused, knowing that he belongs to Scheduled Castes. He has no criminal history to his credit. The applicant has definite apprehension that he may be arrested by the police any time.

The High Court noted that in an earlier case of Adil v. State of UP, the Court had held that anticipatory bail can be granted to an accused even after submission of charge-sheet in “appropriate cases”.

“On the basis of that judgment, large number of anticipatory bail applications are being filed before this Court on the premise that after submission of charge-sheet, anticipatory bail can be granted to every accused,”

The Court cited judgment of the High Court In the case of Adil (supra), in which the High Court had not defined what are “appropriate cases” wherein anticipatory bail can be granted to an accused even after charge-sheet has been filed by the Investigating Officer of police against him before the competent Court.

The Court passed the guidelines for grant of anticipatory bail to an accused apprehending arrest, even after submission of charge-sheet:

(1) Where the charge-sheet has been submitted by the Investigating Officer/cognizance has been taken by the Court, but the merits of the FIR/complaint that has been lodged by the informant/complainant are such that it cannot be proved against the accused in the Court.

(2) Where there exists a civil remedy and resort has been made to criminal remedy. This has been done because either the civil remedy has become barred by law of limitation or involves time-consuming procedural formalities or involves payment of heavy court fee, like in recovery suits. The distinction between Civil wrong and criminal wrong is quite distinct and the Courts should not permit a person to be harassed by surrendering and obtaining bail when no case for taking cognizance of the alleged offences has been made out against him since wrong alleged is a civil wrong only. When the allegations make out a civil and criminal wrong both against an accused, the remedy of anticipatory bail should be considered favourably, in case the implication in civil wrong provides for opportunity of hearing before being implicated and punished/penalized. The criminal remedy, in most of the cases, entails curtailment of right to liberty without any opportunity of hearing after lodging of complaint and FIR under the provisions of CrPC which is pre-Independence law and disregards Article 14 and 21 of the Constitution of India. Therefore, in such cases where civil and criminal remedy both were available to the informant complainant, and he has chosen criminal remedy only, anticipatory bail should be favourably considered in such cases.

(4) Where the allegations made in the FIR/complaint or in the statement of the witnesses recorded in support of the same, taken at their face value, do not make out any case against the accused or the FIR/complaint does not discloses the essential ingredients of the offences alleged;

(5) Where the allegations made in the FIR/complaint are patently absurd and inherently improbable so that no prudent person can ever reach such conclusion that there is sufficient ground for proceeding against the accused;

(6) Where charge-sheet has been submitted on the basis of evidence or materials which are wholly irrelevant or inadmissible;

(7) Where charge-sheet has been submitted/complaint has been filed but on account of some legal defect, like want of sanction, filing of complaint/FIR by legally incompetent authority, it cannot proceed;

(8) Where the allegation in the FIR/complaint do not consitute cognizable offence but constitute only a noncognizable offence and investigation has been done by police without order of Magistrate u/s 155(2) CrPC;

11) Where there is statutory bar regarding filing of FIR and only complaint can be filed, charge-sheet submitted against an accused in such cases would entitle him to apply for anticipatory bail after submission of chargesheet by the Investigating Officer.

It was clarified by the Court on the cases where anticipatory bail cannot be granted to an accused after submission of charge-sheet:

“In the present case, from the perusal of the statement recorded by the Investigating Officer, the Court finds that the incident in dispute took place on April 04, 2020 when the first corona wave was sweeping the country and the informant has stated that being a journalist, he got the crowd removed with the help of Police since there were chances of spread of infection,”

“Thereafter, the applicant and co-accused persons threatened him not to become a big journalist and he was subjected to caste related abuses and his mother and sister were subjected to abuses. When he tried to speak, they used the word “chamaar” etc., and he was beaten by legs and fists. When he raised alarm, Kamlesh and Rajbir Singh came and saved him. Thereafter, the accused persons left the scene, threatening him of life. Both the accused persons are habitual of misbehaving with the people of locality. The statements of other witnesses recorded by the Investigating Officer also proves the above allegations,” the order reads.

Therefore, in view of the guidelines mentioned in the order, the Court rejected the anticipatory bail application.