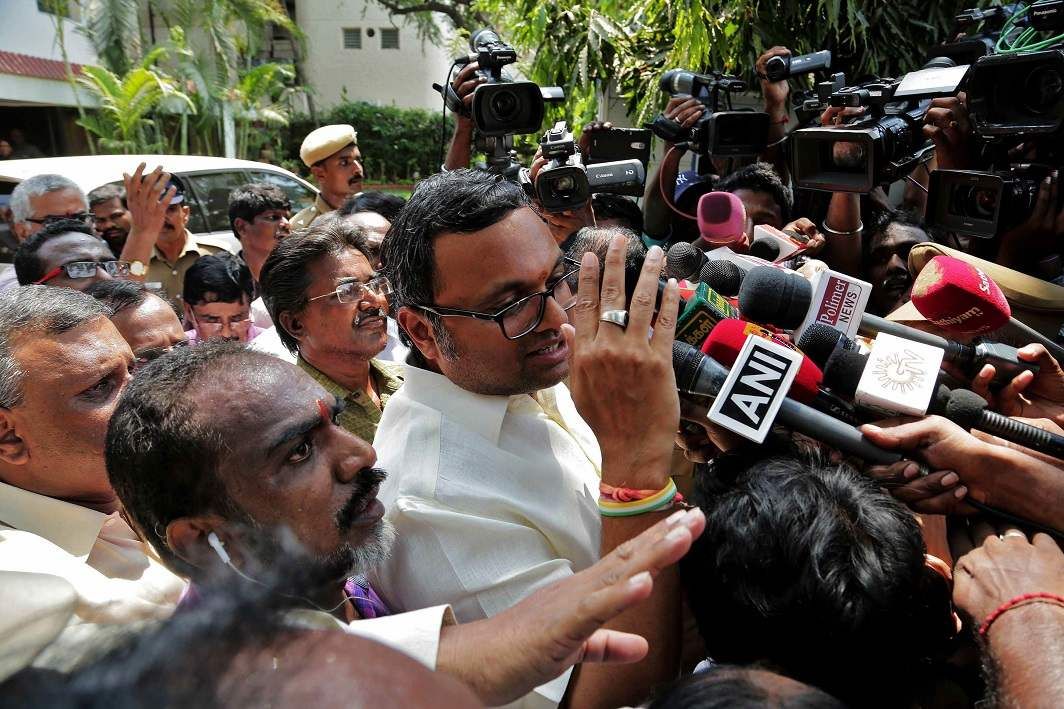 The case was heard by the bench of Justice Poonam A. Bamba reserved the order after hearing  both Enforcement Directorate(represented by ASG SV Raju) and the Congress MP Karti Chidambaram( represented by Senior Advocate Kapil Sibal)

The lawyer of Karti Chidambaram said that there has been no evidence against Karti Chidambaram and hence the case falls apart. The accused has cooperated in the investigation so far and further posited the arguments before the court to give him bail.

The Congress MP has been accused in a case related to the Chinese visa scam.

Last week, in the case registered by the Enforcement Directorate in connection with the alleged Chinese visa scam, Karti Chidambaram had moved the Delhi High Court seeking anticipatory bail, after a similar application was rejected by the trial court.

The trial court stating the seriousness of the matter had rejected the bail plea on Friday. Not only this the court had to also vacate the interim protection from arrest order which was earlier granted to the accused.

The MP and three others have been booked by the Enforcement Directorate in a money laundering case in connection with the issuance of 263 visas to Chinese nationals to work on a project in Punjab in 2011.

As per the probe, MP K. Chidambaram had allegedly taken bribe of Rs 50 lakh in exchange for visas. The report also suggests that the deal was done during the reign of his father P. Chidambaram, who was the Union Home Minister.

In addition to the present matter, the court also has few other cases pending against Karti Chidambaram (2 by ED, and 2 by CBI), concerning INX Media and Aircel-Maxis scams although anticipatory bail was granted to him in that case.

The Enforcement Directorate counsel had clearly mentioned that the modus operandi in this case is the same as in the previous cases which shows the illegal considerations even when the guidelines were laid clearly.

The trial court had therefore taken this decision on the basis of ED report, which showed grave errors, which under no circumstances, can be brushed aside.