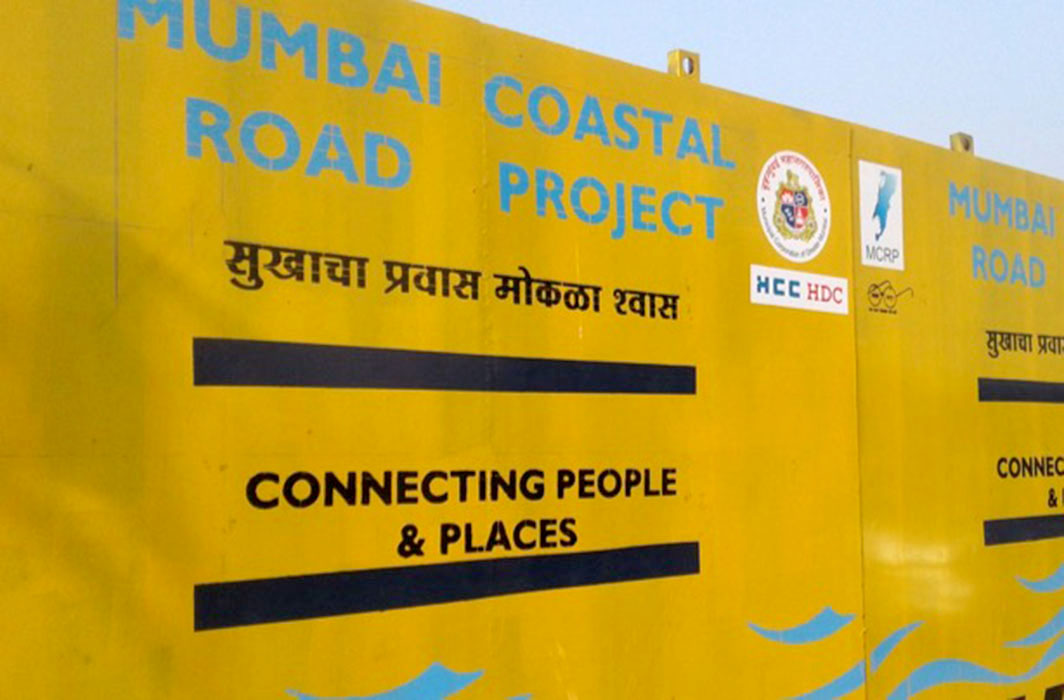 New Delhi: The Supreme Court has today asked the Brihanmumbai Municipal Corporation (BMC) to submit a map, identifying the areas which are being reclaimed for the Mumbai Coastal Road Project.

A three-judge bench of CJI S.A. Bobde, Justice A.S. Bopanna and Justice V. Ramasubramanian issued the direction while hearing a plea seeking stay on the ongoing reclamation work of the BMC’s Rs 14,000-crore coastal road project between Worli sea face & the Worli end of the sea-link.

During the hearing Justice Bobde stated that environmental clearance should be based on an EIA and asked to see a map to which the officers would make an oath and say that this is the area that they would touch and the area which they won’t touch and will not go beyond that. The court has asked the map to be filed along with an affidavit in two weeks.

The court was also informed by Senior Advocate Shyam Divan that replies had still not been served on his plea, even after the apex court had directed the respondents to file a reply back in February 2020.

The Supreme Court had, in February, sought a response from the BMC on the plea, without passing any other direction.

The petition was filed by the Conservation Action Trust (CAT) and Shweta Wagh, founder of Collective for Spatial Alternatives. Senior Advocate Shyam Divan, who had appeared the petitioners, had contended that the reclamation work underway at the site violated the apex court’s December 17, 2019 order, which had put a restriction on carrying out any development work. Divan had stated that the authorities had been frantically carrying out activities without paying much heed to the coastal ecology.

He argued that rapid reclamation was causing irreversible damage to the environment. “The plan involves 95 hectares for a 9.98 km stretch where reclamation is taking place. Moreover, below the road is 22 hectares. The reclamation work is not in accordance with the directions of the court,” Divan had submitted.

During the hearing, senior advocate Mukul Rohatgi and Solicitor General Tushar Mehta interjected and submitted that no such contravention of the Supreme Court’s order was taking place. “Do they expect us to carry out development in the road works by standing in the sea?” asked Rohatgi, denying the claims of the petitioners.

Justice Bobde observed: “We had said that the development work will be done on the road only. We had passed an order that no development activities will take place. Make sure the livelihoods of the fishermen are not affected.”

In July last year, the Bombay High Court had quashed the coastal regulation clearances granted to the coastal road project on account of numerous irregularities, which had been overlooked by the Maharashtra Coastal Zone Management Authority. Subsequently, admitting an appeal of the municipal corporation, the Supreme Court had stayed the high court verdict on December 17 last year and allowed the authorities to reclaim the land and build the road in the designated area.

Did you find apk for android? You can find new Free Android Games and apps.
Share
Facebook
Twitter
Pinterest
WhatsApp
Previous articleTrifurcation of AP capital: CJI Bobde recuses from hearing on stay order
Next articleThe Vaccine Race: Who Gets It First?