The Vaccine Race: Who Gets It First? 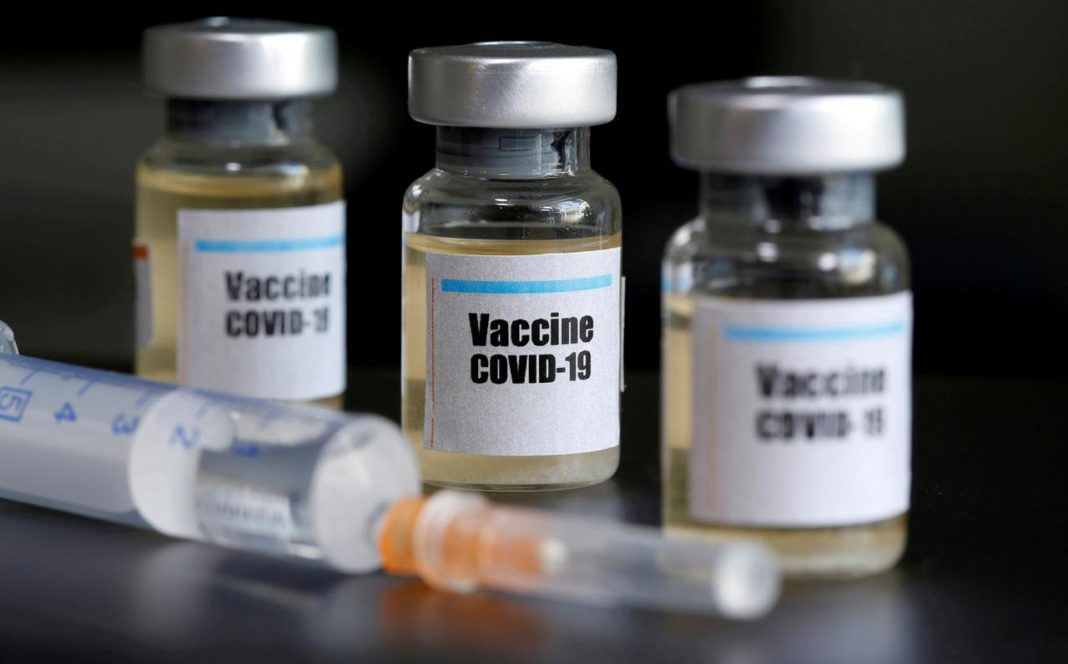 Pharmaceutical firms and labs across the world are in a frantic race to find a vaccine to counter Covid-19. No other pursuit in history has had such significance in the context of the survival of the human race. For all the urgency, the big question is will the rich countries get it first and leave the rest at the back of the queue?

In the 12th Century, one elusive treasure was prized over all others: the Holy Grail, a cup that had legendary powers of bestowing eternal youth on anyone who drank from it. Today, the term describes an equally elusive object that is desperately sought after for its healing properties—a vaccine to prevent Covid-19. There are currently over 100 pharmaceutical firms and labs that are in a frenetic race to produce the much heralded “silver bullet”. The most likely producers in the near future number just under a dozen, comprising multinational pharma giants. No other race in history has been so fiercely competitive, so closely tracked, so impatiently awaited and has such significance in the context of the survival of the human race. Tragically, that has been further compromised by what is being called Vaccine Nationalism, where national prestige becomes more important than science and safety, a prime example being Russia’s Sputnik V vaccine which President Vladimir Putin grandly announced last Tuesday. The vaccine is still to conduct its crucial Phase III trials, leading to widespread scepticism across the world and in the scientific community. That just shows how urgent and political the search for the silver bullet has become.

For all the urgency, the big question is who gets it first? The queue has never been longer—7.8 billion people, the current global population. The truth is that when it comes to something as life saving as an effective vaccine against a disease that has devastated much of the world, money counts, democracy and the spirit of universal brotherhood be damned. The phrase “we are in it together” sounds very utopian, but getting out of it has different parameters and priorities. Here are the facts:

What that frenetic deal-making signifies is that the rich countries will be in front of the queue when an effective vaccine is finally approved and available. The possibility that wealthier countries will monopolise supply, a scenario that played out in the 2009 swine flu pandemic, has fuelled concerns among poor nations and health advocates. So where does that leave the rest of the world?

As Adar Poonawala, CEO, SII, said in a recent interview, “Your survival should not be determined by where you live.” Yet, that is what seems to be happening. For the world’s poorer nations, the only glimmer of hope lies in Gavi, the Vaccine Alliance, in which SII is also involved. It is a public-private partnership started by the Bill & Melinda Gates Foundation that buys vaccines for about 60 percent of the world’s children. AstraZeneca has announced a $750 million agreement with Gavi and The Coalition for Epidemic Preparedness Innovations (CEPI), the non-profit foundation that finances independent research projects to develop vaccines against emerging infectious diseases. The project is funded by donations, the largest being by Bill Gates, and is partnering with the World Health Organisation (WHO).

The agreement with AstraZeneca is to make, procure and distribute 300 million doses of the vaccine. In a document sent to potential donors, Gavi said those giving money to its Covax Facility, designed to guarantee rapid, fair and equitable access to Covid-19 vaccines for every country in the world, rich and poor, would have “the opportunity to benefit from a larger portfolio of Covid-19 vaccines”. Gavi has told donor governments that when an effective vaccine is found, those countries would receive doses for 20 per cent of their population, to be used as each nation decreed.

So far, 75 countries have submitted “expressions of interest” to the Covax Facility. These countries, which would finance the vaccines from their own public finance budgets, will partner with 90 lower-income countries that could be supported through voluntary donations to Gavi’s COVAX Advance Market Commitment (AMC). This group of 165 countries represents more than 60 percent of the world’s population. The group has representatives from more than half of the world’s G20 economies, including India. The goal of Covax Facility is to produce and distribute over two billion doses of vaccines that have passed regulatory approval and/or WHO prequalification. These vaccines will be delivered equally to all participating countries, proportional to their populations, initially prioritising healthcare workers then expanding to cover 20 percent of the population of participating countries. Further doses will then be made available based on population vulnerability and Covid-19 threat.

However, the catch is that rich nations like the US have also tied up with Gavi for supply of the vaccine. As Anna Marriott of Oxfam International, remarked recently, “They (rich nations) may end up buying up all the supply in advance, which then limits what Gavi can distribute to the rest of the world.” Bill Gates urged the US to take a more global approach in dealing with the coronavirus pandemic, saying while the nation leads in research, “we’ve only taken care of ourselves” in producing and procuring a vaccine. Gates said he has encouraged Congressional lawmakers to consider adding $8 billion to the economic relief bill currently being debated that will be devoted to helping less-developed nations procure an eventual vaccine to stop the spread of Covid-19.

For India, and Indians, facing a worrying surge in Covid-19 infections, the stakes have never been higher. Currently, two high-powered committees are involved in tracking the development and eventual administration of potential vaccines. The first is headed by Dr K VijayRaghavan, principal scientific adviser to the prime minister and former director of the National Centre for Biological Sciences. His mandate is to “fast track and accelerate the development of home-grown vaccines as well as the manufacture of foreign vaccines which have been given under agreement to an Indian manufacturer.” The second committee is headed by Dr VK Paul, member, NITI Aayog, with the mandate to oversee “administration of the vaccine.”

In terms of development, the focus is on the AstraZeneca vaccine. Under the agreement with the UK-based British-Swedish pharma multinational, the company will sublicense its vaccine to supply one billion doses to low- and middle-income countries, including India, with a commitment to provide 400 million doses initially. The second potential source is Novavax which is partnering with SII for clinical development, co-formulation, filling and finishing and commercialisation of its vaccine, NVX-CoV2373. Under the partnership, Novavax says it expects to supply a minimum of one billion doses of the potential vaccine for India and low- and middle-income countries. Meanwhile Bharat Biotech and Zydus Cadilla are both moving to Stage II of the trials for their vaccines (see chart on vaccine development).

According to Poonawalla, they plan to produce up to 300 million doses of the Covishield vaccine which would be sold to the Indian government for distribution at the “lowest possible rate” (between Rs 1,000 and Rs 2,000). Humans need two doses of any vaccine for it to be effective. Covishield is currently the frontrunner, and is about to complete Phase II trials. The SII is partnering the Bill & Melinda Gates Foundation to provide “at-risk” funding for the manufacture of Covishield, the AstraZeneca vaccine, and NVX-CoV2373 by Novavax.

SII has also tied up with Gavi. According to an agreement, the funding will be used to help SII produce and supply around 100 million doses of Covid-19 vaccine to 92 low- and middle-income countries at $3 (Rs 224 approx) for each dose. SII claims this can be done as early as 2021, presuming the vaccine candidates fulfil WHO’s pre-qualification standards and obtain full licensure.

Despite all this hectic activity, health experts and activists warn that the current trend suggests that vaccines will be hoarded by rich countries in a politically-motivated race to inoculate their populations first, leading to high demand and short supply. The real danger is that it may lead to sacrificing speed for safety. Past experience with vaccines shows vaccines differ. One may be best for healthy adults, another better for children and a third most effective for older adults or those with pre-existing medical conditions. WHO has already warned that countries need to brace for a long-drawn-out war.

WHO Director-General Tedros Adhanom Ghebreyesus stated last week that “there’s no silver bullet at the moment—and there might never be”. Even if one does make the cut, there are other issues that show the massive challenge for countries. If a vaccine is tested, cleared and made available, the key question will be who is at the head of the line and who gets pushed towards the end? Some experts suggest that healthcare workers should be at the front of the queue, while others suggest that the elderly are most vulnerable and should be near the top.

The WHO in its “Global Allocation Framework” wrote that three groups should receive priority vaccinations—healthcare workers, adults over the age of 65 and adults with co-morbidities. The second and third tiers would involve “other essential workers” while the rest of the general population would be in the final stage.

For countries like India, even if a vaccine does become available by next year, the road ahead is fraught with peril. The committee headed by Dr Paul will have the onerous task of deciding administration of any vaccine/vaccines that pass all regulatory hurdles and are cleared for use on the general population. His first test, when a vaccine is available, is to decide how and where to stockpile the vaccine, in what quantity, and to ensure a required cold chain. Different vaccines require different temperatures for effective storage. Then there is the huge problem of identifying potential candidates, whether the elderly, those with co-morbidities, healthcare workers, essential workers, adults, children; the list is a long one and they will all need to be tracked after being injected. His main challenge, however, will be to get around the country’s “VIP culture” which will ensure that politicians, bureaucrats, their cronies, friends and families will be scrambling to be first in line.

The first injection of Sputnik V vaccine was given to Putin’s daughter. In India, eventually, it will be the PMO that will have the final say in deciding who gets it and when, not WHO, the SII, Gavi’s Covax Facility or any independent body. A lottery system would be equally unfair as it could shuffle healthcare workers and the most vulnerable to the back of the line.

The hard truth is that the rich nations are likely to grab a major share of the vaccine pie, leaving the rest to scramble for the crumbs. That process is further complicated by the current trend exemplified by Russia: Vaccine Nationalism.