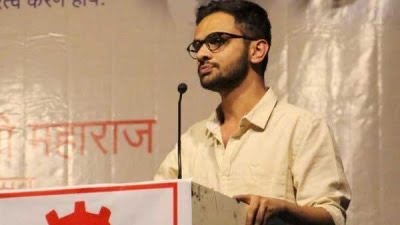 The bail application of former Jawaharlal Nehru University (JNU) student Umar Khalid was rejected by a Delhi court on Thursday in a case registered against him in connection with the riots that took place during February, 2020 in the North-East area of the national capital.

Khalid was arrested under the Unlawful Activities (Prevention) Act for his alleged involvement in the Delhi riots, which led to death of 53 people and injuries to more than 700.

Additional Sessions Judge Amitabh Rawat of Karkardooma Court had reserved the order on March 3, which was deferred on three occasions – March 14, 21 and 23.

The arguments have continued for the past eight months, during which, Defence Lawyer and Senior Counsel Trideep Pais, along with Special Public Prosecutor Amit Prasad, appeared for the state.

Pais on one occasion, contended that a number of persons protested against the Citizenship Amendment Act (CAA) and the protest was secular in nature, but the charge sheet was communal.

Prasad, on the contrary, countered the claim that the chargesheet was communal, saying that the first conviction in the case was of a Hindu person.

The prosecution had alleged that the Delhi Riots were part of a premeditated, deep-rooted conspiracy which was hatched by the accused persons.

Referring to Khalid’s speech where he mentioned the visit of US President Donald Trump, the prosecutor argued that Khalid sought to create an environment that was aimed for the international media.

Khalid was also stated to have chosen his words while using terms such as “Tiranga” (tricolour) and “Constitution,” only to avoid the rigmarole of being booked again. According to the prosecutor, he had been booked in 2016 and was careful this time.

The Delhi Police had arrested Khalid in this case on September 13, 2020 and chargesheeted him on November 22 the same year under various sections of the UAPA and the Indian Penal Code. Khalid moved a bail plea in July 2021, and several hearings later, the Court reserved its order earlier this month.