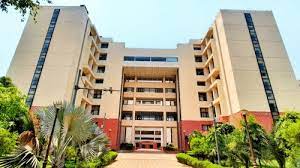 A Delhi court on Friday has observed that fake encounters cannot be used to control crime while hearing the case of an alleged fake encounter where an accused was taken from his house and shot in his leg by Delhi Police officers. Appropriate authority/courts to decide upon the same and not to be dealt in such questionable manner by police officers.

Chief Metropolitan Magistrate Vinod Kumar Meena said the most sacrosanct function of the court is to check abuse of powers, preserving the rule of law and recognising human rights. Just because an individual has a criminal record doesn’t mean the rights of the individual can be crushed, he said.

The applicant’s counsel submitted that police took the man, Rohit Gehlot, from his home in a vehicle and illegally detained him and them shot him in his left leg. The counsel cited CCTV footage of Gehlot being picked up.

The Additional Public Prosecutor, assisted by the Investigating Officer as well as police officials in the present case, said the policemen had fulfilled all requirements and the SHO Uttam Nagar had clarified his position.

Two doctors testified that Gehlot was brought to Deen Dayal Upadhyay Hospital by police officials with a gunshot injury to his leg on November 2, 2021 and his condition was grievous since he had sustained compound tibia fracture.

CMM Meena noted that the person in whose vehicle Gehlot was taken away and the person who participated in the encounter had the same name. The CMM said there are four versions to the story and the case needed an independent agency to investigate it. CCTV footage supported the appellant’s version, the judge observed.

Also Read: Delhi High Court upbraids SDMC over concretization of trees, says people are becoming alien in their own environment

Magistrate Meena said it had full and complete faith in the Delhi Police Commissioner to resurrect the Delhi Police’s goodwill by punishing the wrongdoer sternly. Meena directed the DCP to clarify the points which has been specifically asked from him qua the fact of arrest of applicant/accused/arrestee Rohit Gehlot in the present FIR at Police Station Najafgarh. And said the court shall be compelled to take appropriate course of action in case of failure in filing the same by next date of hearing.

The judge directed the Najafgarh SHO to preserve the cell tower location of two numbers of Gehlot from November 1, 2021 to November 3, 2021 apart from preserving the CCTV footage.

Concluding his order said, CMM Meena said it is a matter of deep concern that police who are mean to protectors of citizens are violating the rights of a citizen. The matter has been listed for further hearing on January 1.