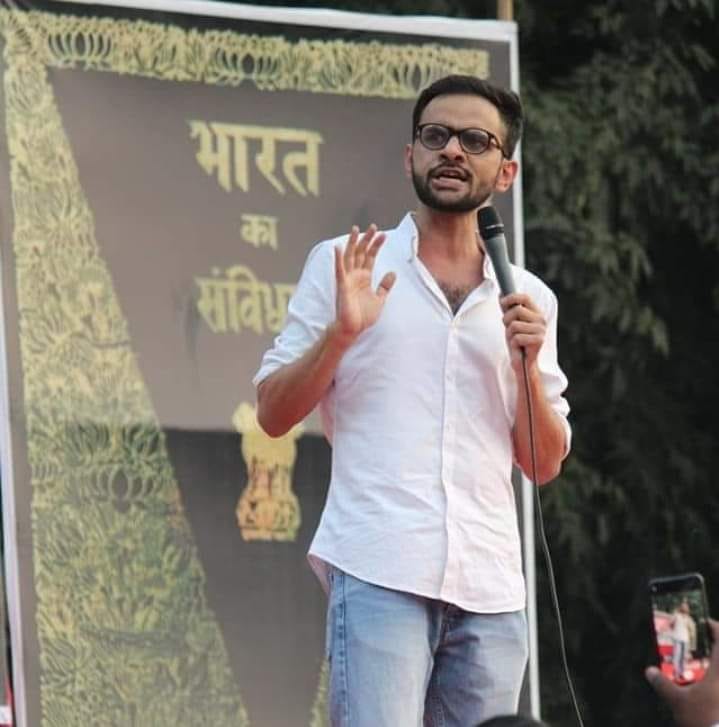 The Delhi Court has reserved order on the plea moved by Umar Khalid seeking interim bail for two weeks to attend his sister’s marriage ceremony.

The Court has decided to pronounce the order on Monday.

The Delhi Police had earlier said that if Umar Khalid is allowed to be released on interim bail for his sister’s wedding , he is most likely to spread misinformation on social media and cause unrest in society.

The claim by police came in response to a plea that was put before Additional Sessions Judge Amitabh Rawat filed by Umar Khalid for an interim bail in the Unlawful Activities (Prevention) Act (UAPA) case against him.

Delhi Police verified and confirmed the occasion of his sister’s wedding from his parents and the manager of the wedding venue, but is not in favour of the release of Khalid, who was arrested on September 13, 2020, since he is facing “serious” charges including those for offences under the UAPA.

The Police said that the regular bail of Khalid was dismissed by the court and the appeal by the division bench of the High Court.

They also said that his parents are capable of making all necessary arrangements.

It is very likely for him to influence witnesses in the case if released for two weeks.

The matter will likely come up for hearing next week due to the unavailability of Special Public Prosecutor Amit Prasad,

The Delhi High Court had rejected Khalid’s bail plea on October 18 this year, noting that the allegations against him were “prima facie true” and therefore the embargo of Section 43D(5) of the UAPA applied squarely for consideration of bail.

Umar Khalid was arrested by the Delhi police on September 13, 2020 and was charge sheeted on November 22 the same year under various sections of the UAPA and the Indian Penal Code.

A plea was moved by Khalid in July 2021, and after several hearings, the trial court rejected his plea on March 24, 2022. He then approached the Delhi High Court in appeal.

Order will be pronounced on Monday.