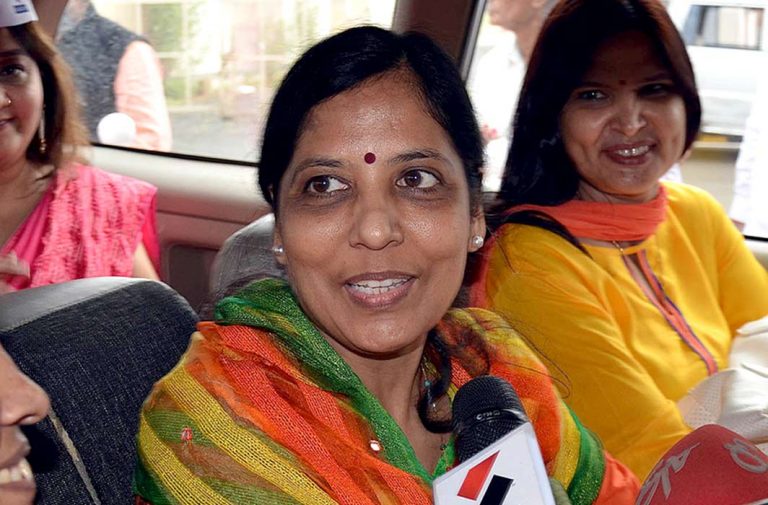 In what is seen as an obviosus ccounter to the Aam Aadmi party charge that the BJP candidate in East Delhi has two voter ID cards, a local BJP leader Harish Khurana has claimed she has Voter IDs for Sahibabad (Ghaziabad) & Civil Lines (Chandni Chowk). On Monday, he filed a criminal complaint at Tis Hazari courts against the CM’s wife ..

“…That the accused being highly qualified and holding responsible post in the Income Tax Department being an IRS Officer, is privy to the consequences of committing electoral offences and has deliberately and intentionally made false statement before the authority at the time of inclusion of the name in the Electoral Roll from the another constituency and made statement/declaration in writing which is false… to cause benefit to either herself, her husband or her political party,” the complaint read.