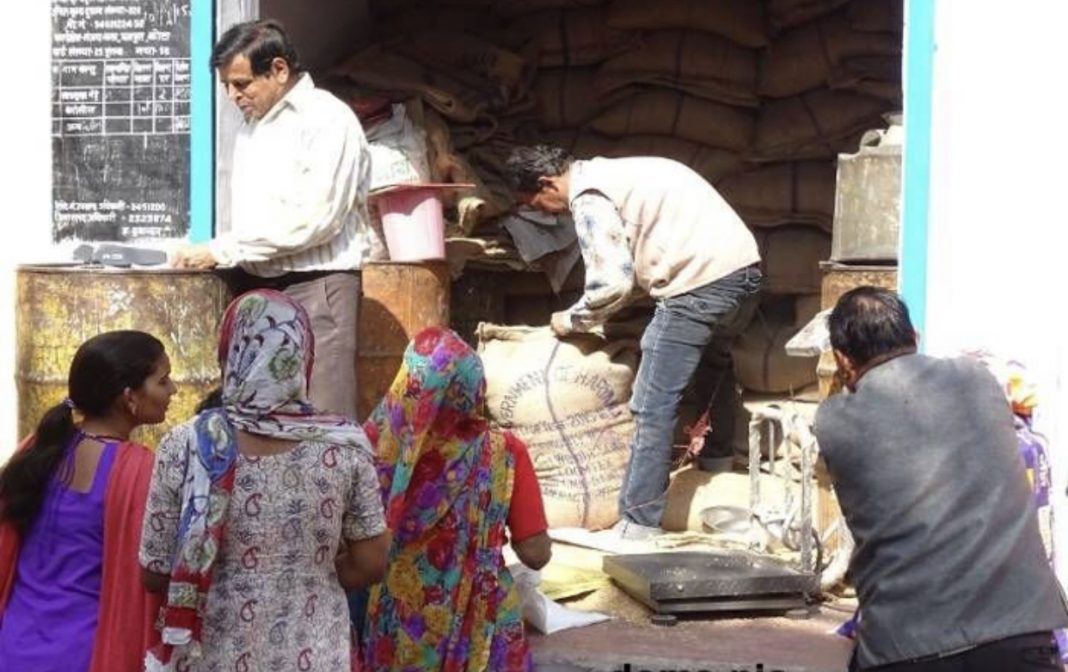 The Delhi High Court has directed the Delhi Government to ensure all ration shops remain operational and disburse public distribution system (PDS) food grains, in accordance with the policy formulated by both the Central Government and the State Government.

A two-judge bench of Justice Siddharth Mridul and Justice Talwant Singh said, “the GNCTD shall also ensure that food grains are distributed to the poor, needy and marginalized non- PDS residents from the PDS, as well as, other distribution centers stated to be set-up by them, for the said purpose.”

The Courts direction came on a PIL filed by Delhi Rozi-Roti Adhikar Abhiyan seeking directions to quash Government Circular which makes possession of or enrollment to Aadhaar mandatory for accessing subsidized foodgrains under the National Food Security Act, 2013 (NFSA) as unconstitutional.

The counsel appearing for the petitioner informed about the ground reality based on visits to ration shops and has also pressed upon to ensure effective and time-bound redressal to complaints of non-supply of rations.

The petitioner also submitted that the proper functioning of the food distribution is more important than ever before as lakhs of people in Delhi have lost their livelihood due to the sudden lockdown and are unable to afford even one meal in a day.

Justice Mridul stated that, “any person who is hungry should be eligible for grain and that those who are not in dire need, would not leave their house to stand in queues at ration shops.”

The Court observed that, “the distress caused to the residents of the city, by the ongoing lockdown imposed in order to contain the spread of the COVID-19 virus, has been further aggravated by the stated denial of access to food grain to the poor, underprivileged and marginalized sections of the populace, even though we are informed at the Bar that, the GNCTD is undertaking necessary steps to alleviate their suffering through various measures, stated to include the serving of hot meals twice a day at a large number of specified locations.”

The Court directed, “the GNCTD shall ensure that the Sub-Divisional Magistrates of each district carry out strict and regular monitoring and oversight of the distribution of food grains, as afore directed and upload the details of shop-wise distribution of ration to both the PDS and non-PDS residents on their official website, at the end of each day.

“the GNCTD shall widely publicize and circulate the information qua the compliance of the directions issued, both through the print and electronic media, on a daily basis,” said by the Court.

The Court further directed, “the GNCTD to immediately place on their official website, as well as, publicize through the print and electronic media, Grievance Helpline Numbers, so as to enable members of the public, who may be aggrieved qua the lack of distribution of the food grains, to seek redressal of their grievances, by contacting the Nodal Officers appointed for the said purpose, whose details shall also be placed in the public domain, forthwith. The Nodal Officers shall address the grievances so received and respond to the persons aggrieved, by placing on the official website the action taken by them in that behalf.”

Did you find apk for android? You can find new Free Android Games and apps.
Share
Facebook
Twitter
Pinterest
WhatsApp
Previous articleCentre Clarifies On The Controversy Of Over Pricing Of Test Kits From China
Next articleDelhi HC Issues Notice To Netflix On Plea Seeking Stay On Airing Of Show ‘Hasmukh’