A single-judge bench of the high court presided over by Justice Yogesh Khanna passed the said order while hearing a petition filed by Hardeep Singh, grandfather of the deceased farmer. 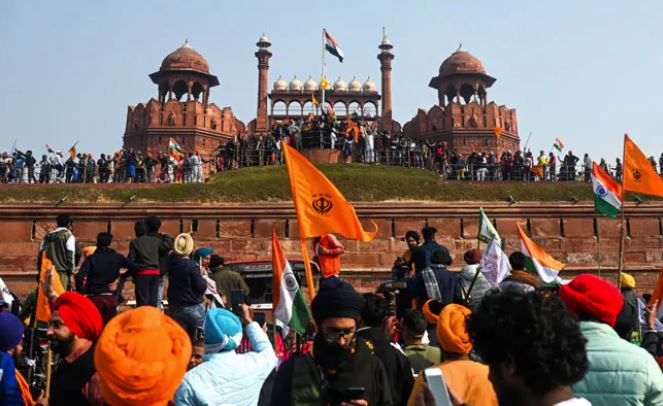 The Delhi High Court on Thursday asked the Uttar Pradesh Police to hand over the X-Ray plate and the video of the post-mortem of Navreet Singh, the farmer who died due to the overturning of his tractor during the farmers’ tractor parade on Republic Day, by tomorrow.

A single-judge bench of the high court presided over by Justice Yogesh Khanna passed the order while hearing a petition filed by Hardeep Singh, the grandfather of the 25-year-old man who died after his tractor overturned at Central Delhi’s ITO during the tractor parade, seeking a court-monitored SIT probe into the incident.

“Let the requisite documents i.e. the X-Ray plate and the video of post-mortem be handed over to the IO of the Delhi Police,” the court said.

Justice Khanna, while slating the matter for further hearing on March 17, directed that the Delhi Police shall hand over a copy of the video of the post-mortem and the inquest report to the petitioner.

“We have filed our response. My status report is very clear on its part that he didn’t die due to bullet injury. We have made several requests to UP police but they have not given us the relevant documents.”

Opposing his submissions, Garima Prasad, appearing for UP Police and CMO, said that they are ready and willing anytime to provide all the assistance to the petitioner and have already provided the inquest and post-mortem report to the police.

“We have provided all the assistance to the petitioner, the Delhi Police didn’t even conduct a post-mortem, we had to do an emergency post-mortem at night,”

Mehra opposed the same saying that Superintendent of Police, Uttar Pradesh, has not complied with the orders of the court. “Even after three letters to them, they have not sent the X-ray report to us,” said Mehra.

Meanwhile, Vrinda Grover, appearing for the petitioner, said, “We have not even received a video of the post-mortem. These status reports can’t be relied upon even in an prima facie aspect.”

Prasad interjected the two and opposed the submissions saying that the same can be produced anytime to any authority but the refusal is only for handing over the copy.

The petitioner has sought enforcement of his right to fair investigation and justice as well as the right to know the truth about his grandson’s death.

According to the police, the man had died as his tractor overturned at ITO where many farmers participating in the parade had reached from the Ghazipur border after taking a detour from the route agreed for the march.

However, the petition said that as per eye-witness accounts reported in the media, Navreet was driving his tractor past the Andhra Education Society in New Delhi, and he was allegedly shot by policemen, due to which he lost control of his tractor which thereafter collided with barricades and overturned.

It also sought a direction that the SIT shall file periodic status reports before the court to ensure a time-bound court monitored investigation.

In the status report filed by it, the Delhi Police and the Uttar Pradesh Police clearly stated that the deceased farmer did not suffer any gunshot wounds.

The police of the two states have made the submission relying upon the post-mortem and X-ray reports, given by the District Hospital at Rampur in UP, which prima facie stated that “there was no gunshot injury in the body of the deceased”.

Delhi Police has said that, according to the post-mortem report, the young farmer died due to a head injury as a result of the accident and all his injuries were possible in a road accident.