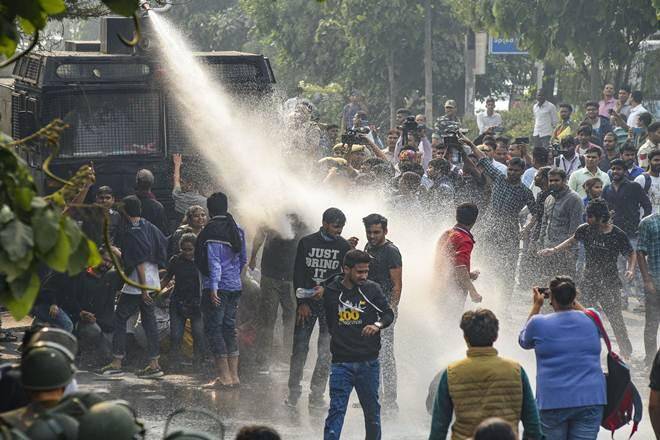 New Delhi (ILNS): A Delhi court extended the judicial custody of Umar Khalid and Sharjeel Imam, accused of conspiring to organise the Delhi riots in February this year, till November 20.

Additional Sessions Judge Amitabh Rawat directed the superintendent of Tihar Jail to ensure that they shall be allowed out of their cells as per the rules.

The court has directed the jail superintendent to ensure Khalid was allowed out during regular timings of sunrise to 12 noon, and 3 pm to sunset, subject to reasonable considerations of safety.

Yesterday, during the hearing of the case, accused and former student of JNU Umar Khalid has contended that he is in a solitary confinement as he was not allowed to move outside his cell. “Security does not mean that I should be punished like this,” Khalid told the court yesterday during the hearing. He said that this is being done on the orders of additional jail superintendent.

Khalid also said that he is not well from the last few days and due to the orders to keep him confined to the cell all the time, he is feeling discomfort, not just physical but also mental.

The court had then summoned the jail superintendent, and posted the matter for further hearing for today.

Today in the hearing, JNU student Sharjeel Imam also submitted that he was not being allowed to move freely. The judge asked his lawyer to file an application, and orally asked the superintendent to make sure rules were being followed.

The Police had asked for 30-day extension to the judicial custody of two.

On October 17, the court had directed the Delhi Police to give adequate security to Khalid. The order came on a petition filed by the JNU student seeking adequate security because of his “ideological differences and dissenting opinion”.

Khalid was arrested under the anti-terror law Unlawful Activities (Prevention) Act in connection with the communal violence that took place in Northeast Delhi in February this year.