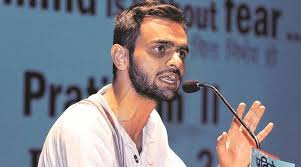 A Delhi Court on Tuesday has extended the Judicial Custody of former JNU students leaders Umar Khalid, Sharjeel Imam, former AAP councillor Tahir Hussain and others accused in the Delhi Riots case, till February 2. The Court has directed to produced all the accused persons physically on 02.02.2021 as the Court resumes physical hearings almost after a year, since it was closed down due to COVID 19 pandemic.

The Delhi Police has named 15 people as accused in its Chargesheet running into thousands of pages filed over the violence that took place in the national capital last year which had killed 53 people and had left many injured.

During the hearing of the matter on 19.01.2021, the Court noted, “as per the Compliance report regarding providing access to the Charge-sheet to the accused persons in computer in jail, in terms of the order dated 05.01.2021 has been filed today as regards all accused persons except Shifa-ur-Rehman, Ishrat Jahan, Khalid Saifi and Umar Khalid.”

The Court also noticed that different accused persons in different jails are given access to computers for varying periods of time during the day. Following which, the Court has asked the accused persons to apprised it, on the next date, about the access to the computers that is being provided to them and for the periods during the day for which it is made available. The matter was listed before the Court of Amitabh Rawat, Additional Sessions Judge, Shahdara District, Karkardooma Courts.

The police have named Umar Khalid, Sharjeel Imam and Faizan Khan as the main accused for allegedly planning the riots to ‘distract attention from Donald Trump’s visit’, under the UAPA act. “Umar Khalid, with his intellectual acumen, knew very well that a large majority of Indian Muslims will never subscribe to the perverted definition of Islam being exposed by his disciple Sharjeel Imam and no amount of rhetoric and obfuscation of facts will be enough to brainwash the Indian Muslims into actually believing that CAA would question their nationality,” stated the chargesheet. The above-mentioned accused have been charged under several sections of  Unlawful Activities (Prevention) Act and several sections of IPC including – rioting, murder, criminal conspiracy which has a maximum sentence of death penalty. All accused are currently in jail.