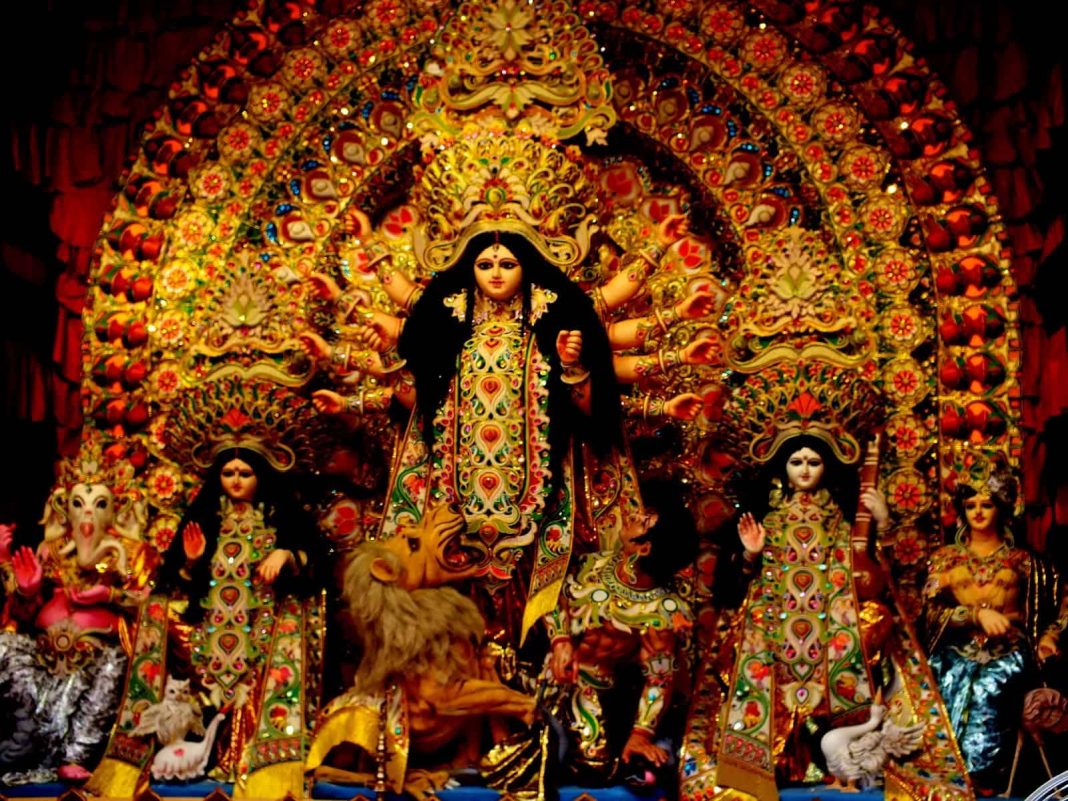 New Delhi (ILNS): The Calcutta High Court today eased its order which declared that Durga Puja pandals were “no-entry zones” for visitors in the wake of the Covid-19 pandemic.

The court has now allowed entry of up to 45 people after 400 top Durga Puja organisers in the state capital appealed for a review of the earlier order.

The court in its order said that not more than 45 people will be allowed inside bigger pandals, while for smaller pandals, the number of maximum persons allowed will be 15.

“For the larger pujas (Pandals must be more than 300 sq m) the maximum number of persons to be included in the prior list is 60. But not more than 45 are to be present at any point of time,” observed the court.

The decision came after the organisers approached the court yesterday as part of the Durgotsav Forum, an umbrella body of Durga Puja organisers.

The court, however, refused to pass any order on appeals by Kalyan Banerjee, who appeared for the organizers, to allow two important rituals – anjali and sindoor khela.

In its earlier order, issued on Monday, the court hadput a cap on the number of organisers allowed inside: 25 for big pandals and 15 for the smaller ones. The order further stated that only the organizers can enter pandals, while name of those allowed to enter pandals should be displayed outside.

The court order also allowed dhakis, or traditional drum players, to perform in “a limited number”, just outside the no-entry zone at each pandal and added that the “list of persons allowed should be fixed on daily basis.” These lists will be put outside the pandals every day at 8 am.