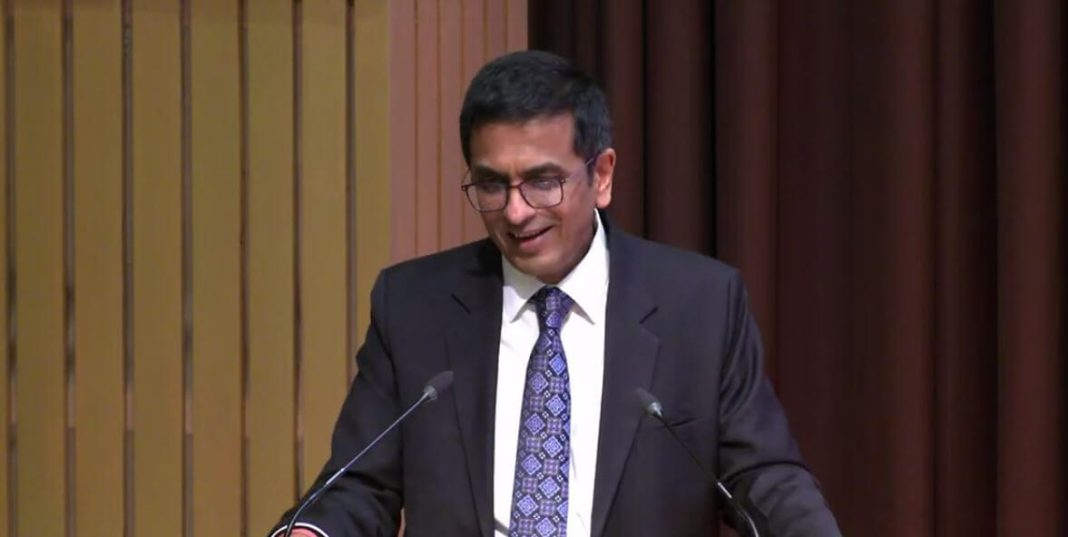 The Chief Justice of India DY Chandrachud said that he has seen a marked departure in judgment writing as the judges now refer to case with the case title and do not mention the name of the judge who wrote the judgement.

The CJI while hearing a case, shared his experience that once he was very very impressed by a judgement which was a single judge’s order, he mentioned that judge’s name in one of his judgments.

The CJI added that the verdict was returned by a brother judge on the bench who sent a note questioning whether the name of the single-judge should be mentioned at all.

The CJI said that he then, was prompted to delete the name.The CJI said that during the times of Justice MC Chagla etc. judges used to refer to cases by judge’s name. It is a marked departure indeed.

The lawyer appearing in the case added,

“Yes the earlier practice added a personal touch to the orders.”