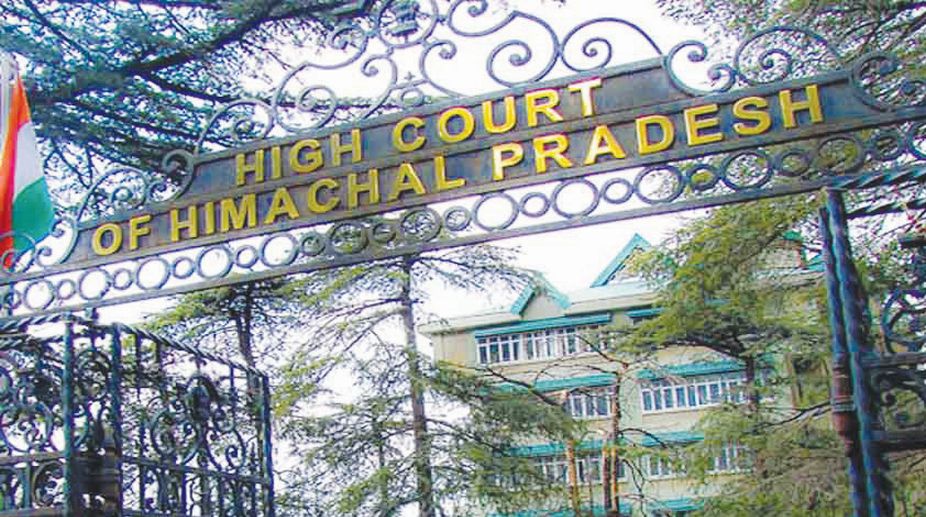 The Himachal Pradesh High Court on Wednesday dismissed the petition of a government employee who had challenged his transfer. The Court said, “Transfer is an incidence of service and government employees are supposed to be transferred and posted anywhere in the state.”

The petitioner, Praveen Kumar, a Trained Graduate Teacher (TGT) (Arts), has been transferred through transfer/office order, dated February 18, 2021, from GSSS Nabahi, Mandi to GSSS Barang, Mandi. The private respondent No.4 who is also a Trained Graduate Teacher (TGT) (Arts) replaced the petitioner. The Petitioner has approached the High Court, alleging that respondent No. 4 managed a Demi Official (DO) note in his favour, whereupon he was transferred and as sequel the petitioner was disturbed.

Ashok Sharma, Additional Advocate General, contended that the petitioner has completed his normal tenure at GSSS, Nabahi, Mandi, as, since, October 4, 2017, he was posted there and impugned transfer order was only made on February 18, 2021, with prior approval of the competent authority. He has further argued that all the government employees are liable to be posted anywhere in the State considering the service exigency and necessity.

Vishwa Bhushan, counsel for respondent No.4, stated that since the petitioner has completed his normal tenure at the present place of posting, thus the impugned transfer order does not suffer from any illegality and is well within the mandate of transfer policy.

A division bench of Justice Tarlok Singh Chauhan and Justice Chander Bhusan Barowalia while considering the records held that the petitioner as well as respondent No. 4 have political patronage.

“The petitioner has completed his normal tenure at GSSS Nabahi, Mandi, earlier he managed his transfer to Nabahi, through a D.O. note and now he has laid challenge to the transfer of respondent No. 4, on the ground that transfer cannot be effected on the basis of D.O. Note, especially when he is beneficiary of D.O. Note, we feel that the petitioner is standing on a slippery pedestal with crutches of D.O. note and chopping his own crutches,” the court said.

The court remarked that the petitioner, who himself is a beneficiary of D.O. note, now cannot portray himself to be victim of the D.O. note. In fact, the petitioner has no right to challenge his transfer.