A Single Bench of Justice Chander Bhusan Barowalia passed this Judgement while disposing of the Petition filed under Section 482 of the Code of Criminal Procedure for quashing of F.I.R No. 360, dated 26.09.2020, under Sections 324, 323, 504 and 34 of the Indian Penal Code 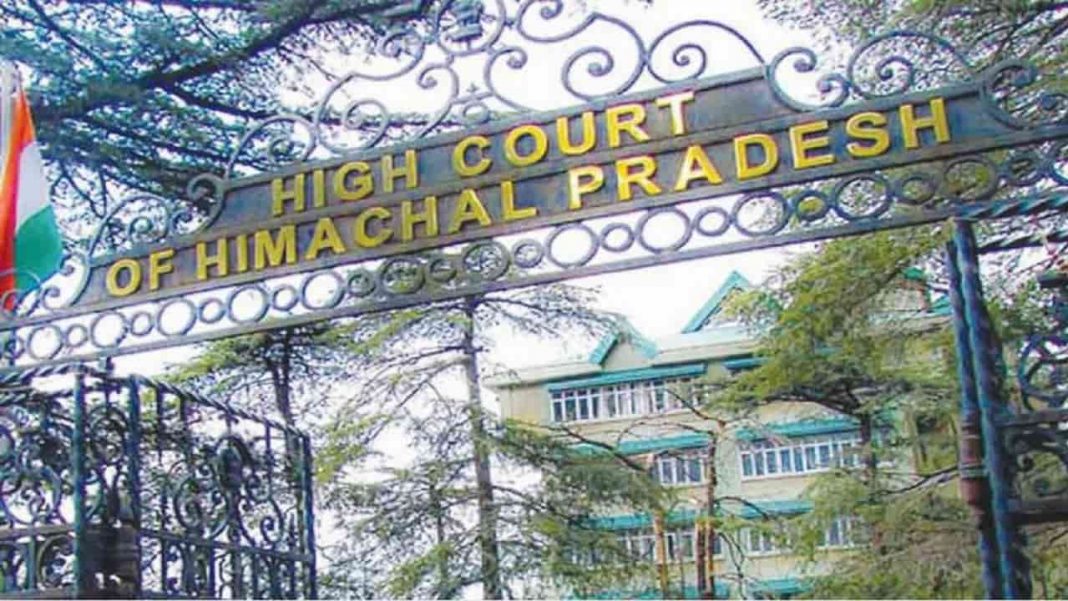 The Himachal Pradesh High Court quashed an FIR registered under Sections 324, 323, 504 and 34 of the Indian Penal Code, in view of the compromise arrived at between the parties.

A Single-Judge Bench of Justice Chander Bhusan Barowalia passed this judgment while disposing of the Petition filed under Section 482 of the Code of Criminal Procedure for quashing of FIR No. 360, dated 26.09.2020, under Sections 324, 323, 504 and 34 of the Indian Penal Code registered at Police Station Sadar-Una, District Una, H.P., along with all consequent proceedings arising out of the FIR, pending before the learned trial Court.

The brief facts of the case is that on 26.09.2020, the complainant made a complaint to the police, wherein it has been alleged that the accused persons are his brothers and he is living separately from them, but on one pretext or the other his brothers keep harassing his family and today they made allegations against his wife that she took their Rs 700. As per the complainant, the petitioners also abused his wife and when he reached at the spot and asked what is going on, the petitioners attacked him with “Darat”, owing to which, he sustained injuries.

Leena Guleria, the counsel for the petitioners, has argued that as the parties have arrived at a compromise in the matter and no purpose will be served by keeping the proceedings alive, hence, the FIR, along with consequent proceedings arising out of the same, pending before the learned trial Court, may be quashed and set aside.

To appreciate the arguments of the counsel appearing on behalf of the parties, the Court cited the Judgement of the Supreme Court in B.S. Joshi and others vs. the State of Haryana and another, (2003) 4 SCC 675, in which the Court held that if for the purpose of securing the ends of justice, quashing of FIR becomes necessary, section 320 would not be a bar to the exercise of power of quashing. It is well settled that the powers under section 482 have no limits. Of course, where there is more power, it becomes necessary to exercise utmost care and caution while invoking such powers.

Further, in Preeti Gupta and another vs. State of Jharkhand and another, (2010) 7 SCC 667, the Apex Court held that “the ultimate object of justice is to find out the truth and punish the guilty and protect the innocent. The tendency of implicating the husband and all his immediate relations is also not uncommon. At times, even after the conclusion of the criminal trial, it is difficult to ascertain the real truth. Experience reveals that long and protracted criminal trials lead to rancour, acrimony and bitterness in the relationship amongst the parties. The criminal trials lead to immense sufferings for all concerned.:”

In Jitendra Raghuvanshi and others vs. Babita Raghuvanshi and another, (2013) 4 SCC 58, The Top Court have said :”that criminal proceedings or FIR or complaint can be quashed under section 482 Cr.P.C. in appropriate cases in order to meet ends of justice. Even in non-compoundable offences pertaining to matrimonial disputes, if court is satisfied that parties have settled the disputes amicably and without any pressure, then for purpose of securing ends of justice, FIR or complaint or subsequent criminal proceedings in respect of offences can be quashed.”

Therefore , the Court while taking into consideration the law and the fact that the parties have arrived at compromise and do not want to proceed further with the case in order to maintain their relations cordial, quashed the FIR and disposed the Petition.