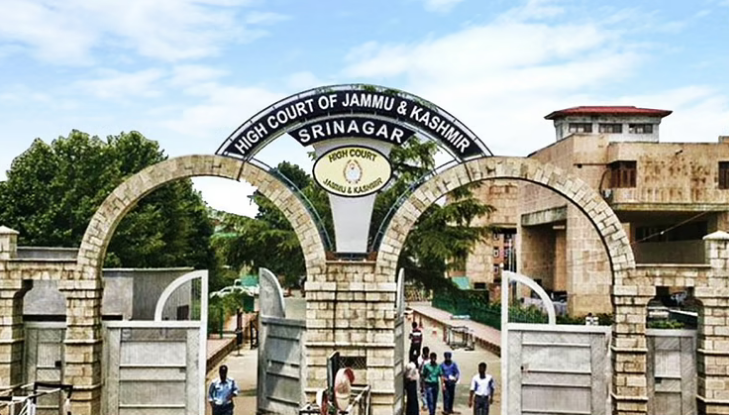 The Jammu and Kashmir High Court has stayed an interim order of a Single-Bench, stating that no fresh appointments shall be made of Law Officers, except the Advocate General.

A Division Bench of Chief Justice Pankaj Mittal and Justice Puneet Gupta noted, “When no appointment/engagement of lawyers has been made by the government, the Court exceeded its power of judicial review. To pass a stop-order on the appointments, which is apparently without jurisdiction as at one place the Court refers the matter to the Chief Justice for treating it as a Public Interest Litigation and at the other, makes observations on the merits, so as to pass the interim order.” The Court fixed August 23 as the next date of hearing.

The plea filed by Sushil Chandel before the Single Bench challenged the advertisement issued by the Deputy Legal Remembrancer, Department of Law, Justice and Parliamentary Affairs. It stated that the conditions set out in the advertisement are faulty and do not bear any nexus with the object sought to be achieved and hence the advertisement has to be quashed, with direction for framing fair and reasonable rules in terms of the prevalent law.

The said advertisement invited applications for the post of Standing Counsels for the district courts. It also laid down the criteria for the appointment, which gave 30 marks weightage to experience, 10 marks for higher qualification than a Degree of Law, 50 marks on the basis of legal work done in courts such as instituting suits or filing of defence and 10 marks for professional achievements and awards.

Earlier, the Single-Judge Bench directed the petition to be treated as a PIL and observed to place it before the Chief Justice for listing before the appropriate Bench in terms of Rule 24 (8) of the Writ Proceeding Rules, 1997, but in doing so, he has further provided that till the matter is considered by the Bench dealing with PIL, no fresh appointments shall be made of the Law Officers except the Advocate General.

Justice Kumar had observed that 10 marks for qualification higher than the Degree of law was irrational and had no nexus with the job.

The High Court placed reliance on Supreme Court case ‘State of Punjab and another vs Brijeshwar Singh Chahal and another’ (2016) 6 SCC 1, which dictated:

Also Read: Gujarat High Court asks Gir-Somnath DM if he takes care of citizens like he cares for cows

“The engagement of any lawyer, if done in any arbitrary fashion without adopting the transparent method of selection, would be amenable to judicial review but it would be limited to examine whether the process is affected by any illegality, irregularity or perversity but the Court exercising judicial review would not sit in appeal and reassess the merit of the candidates.”

Advocate General of Jammu and Kashmir D. C. Raina argued that the interim order passed by the Single Judge was patently without jurisdictionand could not have been passed once he has declined to hear the writ petition and has directed it to be treated as a Public Interest Litigation.

Advocate R.D Singh Bandral, appearing on the behalf of the respondent, contended that the appointments of Law Officers should be transparent and that the criteria laid down under the advertisement is faulty and does not bear any nexus with the object sought to be achieved and hence the advertisement has to be quashed, with direction for framing fair and reasonable Rules in terms of the prevalent law.